Inflation is when the cost of goods and services goes up.

Say I am shopping and I see that something costs more, is that inflation?

Yes and no. To measure inflation in a country as big as the U.S., you have to look at prices across the country. What you see in your local store is a very small portion of what goes into the overall inflation number. This is why oftentimes there is a disconnect between people feeling like prices are going up and the actual inflation numbers, according to Jim O’Sullivan, chief U.S. economist at High Frequency Economics.

Sometimes people focus on the things that they are paying more for and they don’t realize there are other items that might have gotten cheaper, he said. “Often that can result in people’s impression of inflation being quite different from what they are actually paying.”

So economists don’t walk up and down the aisles of their local supermarket trying to measure inflation?

Then how do they do it?

By looking at a lot of different numbers.

One of those numbers is the Consumer Price Index — most often referred to as the CPI — which is based on the shopping diaries of 24,000 people. People write up what they buy and how much it costs, and that data is then used to figure out how the prices for certain products are changing. Since these people are based in urban areas throughout the country, the CPI provides us with a more holistic view into what’s happening to the prices than a visit to just one supermarket would. According to the 2010 Census, 80 percent of the U.S. population lives in such urban areas.

The CPI is not just limited to the things you can buy at your local supermarket. It includes tangible items like food or clothes or cars, but it also includes more intangible costs like your electricity bill, gas prices, your health insurance costs and so on.

Let’s face it, we spend money on a lot of stuff. And according to the Bureau of Labor statistics, the things we spend on fall into more than 200 categories. The categories are then arranged into eight major groups that make up the CPI: food and beverages, housing, apparel, transportation, medical care, recreation, education and communication, and other goods and services.

When the CPI comes out, it includes an overall rate at which prices have gone up or down and then a “core” rate. The core CPI excludes energy and food prices, because those can change frequently.

When news organizations and the government talk about inflation, most often they are using the core CPI numbers. Still, the core CPI is not exactly the most reliable measure of inflation since it includes housing costs and those vary a lot depending on where you live.

Another measure of inflation that economists look at to get the most accurate read on inflation is the Personal Consumption Expenditures index, or PCE. At first the PCE and CPI look pretty similar, but they are not.

“The CPI is based on a survey of what households are buying; the PCE is based on surveys of what businesses are selling,” according to the Federal Reserve Bank of Cleveland. There are other differences, too, like the CPI counts only the things households pay for, which could exclude employer-provided health care.

In addition to PCE and CPI, there are other measures that economists consider, according to O’Sullivan.

“Even things like surveys of firms [asking]: Are they increasing or decreasing their selling prices?” he said. “There are data on what’s happening to labor costs, which over time are an important determinant, arguably, of inflation. There are also just surveys of so-called expectations for inflation. What do people expect?”

So if I as a consumer expect to pay more for something, could that actually affect prices?

But it’s not just an expectation of higher prices that actually makes them go up.

As O’Sullivan mentioned above, labor costs can be a good indicator of whether we will see inflation or not. Labor costs are usually tied to the unemployment rate. When the unemployment rate is low and there are fewer people looking for work, employers have to raise wages to attract the best employees. When they raise wages, they sometimes pass on those costs to the consumers by raising their prices, leading to an increase in inflation.

Why should I care about inflation?

A few reasons. One: Prices are going up! If you are experiencing inflation and your cost of living is higher, you could be one of those people who might want to demand a pay increase.

Two: Do you know who definitely cares about inflation? The Federal Reserve and the markets.

“It’s obviously important for financial markets for many reasons,” O’Sullivan said. “If for no other reason than the Fed is setting a goal of 2 percent per year for inflation. If it looks like inflation is going to be stronger or weaker than that — and, of course, in the last couple of years it’s been a bit weaker — then that has an influence on monetary policy.”

And monetary policy can have an effect on you. If the Fed raises interest rates to keep the economy from overheating, you might have to pay more to borrow money or you might be getting a higher return on all those savings you’ve got stashed in the bank.

The government also uses inflation to determine how to adjust Social Security payments and other benefits.

What about when there is no inflation? Isn’t it good if prices are low?

The fear is that if prices are not going up, they are going down. Then you are dealing with deflation. Imagine you took a loan to buy a house, and then every year its value goes down instead of up. That means every year, your debt gets bigger and bigger.

That’s why the Fed keeps such a close eye on these numbers. Low inflation numbers also indicate that the economy is not completely healthy yet. Either people are not being paid enough or the labor market is not as tight as the Fed think it is.

Is it weird that I don’t think about inflation every day?

No, that’s not weird at all. That’s a good thing.

It didn’t always used to be like this. If you go back to, say, 1980, inflation is something people worried about all the time, according to O’Sullivan. “It took two painful recessions in the early 1980s to kind of help squeeze inflation out of the system,” he said.

That is one of the reasons why the Fed has been slowly increasing interest rates even though inflation remains slightly below the 2 percent target. If the economy were to overheat, inflation could shoot up much quicker and become something to worry about.

“I personally think that the [inflation] numbers will be edging up over the next couple of years and that’ll put pressure on the Fed to keep on raising rates,” O’Sullivan said. “Am I worried about going back to the 1970s or early 1980s? No, but I suspect — if anything — people have maybe been lulled into thinking that inflation is dead.”

Is there something that could kill inflation for good?

There are a few things that have made the economy less inflation prone, like globalization and the so-called Amazon effect, economists believe. Amazon has really changed the way that people shop. With most of its sales taking place online, it doesn’t have huge overhead costs and therefore can offer cheaper prices. Consumers know they can get things cheaper online, so that puts pressure on other stores to keep their prices low as well. As a result, priced don’t go up as fast as they did in the past.

Amazon’s influence on the market has not escaped the Fed. In a 2017 interview, Chicago Fed President Charles Even pointed out that technology is disruptive and showing up in place where we didn’t expect it.

“Probably nobody thought too much three years ago about Amazon merging with Whole Foods,” he said. According to him, this type of competition can have an effect on prices and “could be an undercurrent for holding back inflation.”

So is Amazon an inflation killer?

No. It’s more of a speed bump. O’Sullivan pointed out that similar concerns popped up when Walmart began opening up stores across the country, “knocking out these mom-and-pop firms” by undercutting them on prices.

“That was kind of helping hold down inflation,” he said. “In a way, this is that all over again.… It’s certainly very plausible that online shopping, online comparisons, all of those sort of things do help hold down inflation. That doesn’t mean inflation can’t pick up, but it does have an influence. No question about that.”

Inflation is only mostly dead. 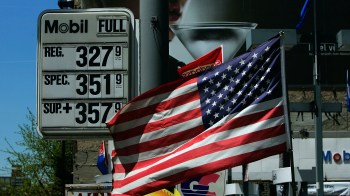