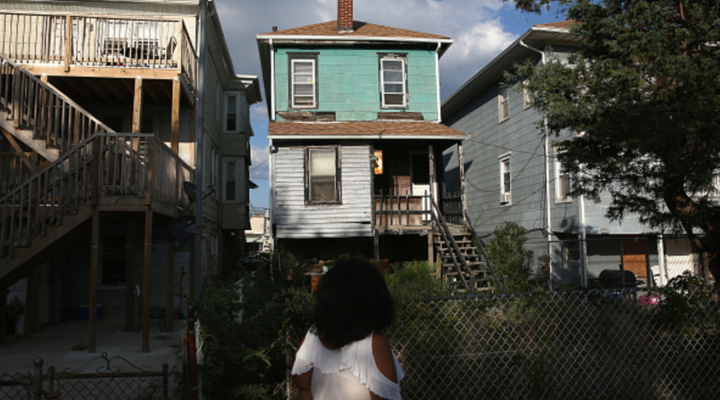 When he was in his mid-20s, Chuck Collins decided to give away all of his wealth.

Collins, author of the book “Born on Third Base” and a senior scholar at the Institute for Policy Studies, has since studied income inequality extensively.

He joined us to talk about the country’s wealth gap, why he thinks charitable giving can be harmful to society, and what he thinks the economy will look like in the future.

On giving away his wealth:

In my early 20s, my first real job was helping these mobile home tenants, and I started to have this front-row seat into what was happening with low-wage workers. At the same time, I was watching the wealth in my name double every couple of years, and just something was wrong with that for me. And I made a decision to give away the wealth that I had when I was 26. …I also wanted to make my own way. Even though the reality is I still have this mountain of advantage coming from a stable and wealthy family. Social capital. And I’m white, I’m male, I got a debt-free college education, and all kinds of sort of advantages continue to flow. They’re sort of hardwired into my life.

On how society is moving toward what he calls an “economic apartheid”:

If you think about where it is we’re going, if we keep on track as we have for the last 30 years — both in terms of sort of growing wealth and income inequality, declining social mobility and the racial wealth divide — you know, 20 years from now, we will be a racial and economic apartheid society. And there again, that is not in anyone’s interests. The idea is wealthy people withdraw to enclaves of sort of private paradises.

On how he thinks wealthy people can give back to society:

We’re in this period of extraordinary inequality, and I argue that these inequalities are bad for everybody, that they actually undermine the quality of life for everybody. So my message to wealthy people is: bring the wealth home. Take it out of the offshore tax havens and the sort of global financial casino, and actually bring it back to the real economy of goods and services. And have a stake in helping the whole society make this transition to the economy of the future.

On the negative side of philanthropy:

When a billionaire gives a dollar, we chip in 40 to 50 cents in terms of lost tax revenue that could be used, so the underlying point is that charity is not a substitute for an adequately funded public sector — which is what really creates the infrastructure and really addresses the deep inequality problems in our society.

And how did Collins’ family acquire their wealth, you may ask? Chuck Collins is the great-grandson of Oscar Mayer.

“If you see the Wienermobile on the highway, and it has a ‘We have to reduce inequality’ bumper sticker, that’s me,” he said.