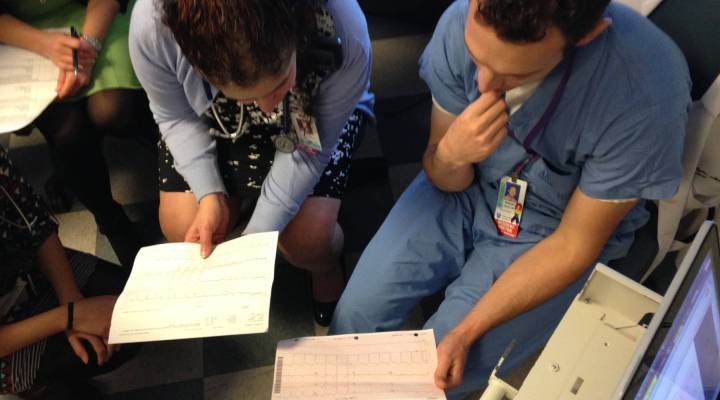 A study out today in the Journal of the American Medical Association shows that hospital patients who are treated by female physicians statistically live longer than those patients attended by male physicians.

Elderly patients treated by female physicians have a 5 percent better chance of living after getting out of the hospital. Put another way – if you were to replace all the male doctors in the study with women, 32,000 fewer people would die a year.

“I think the most surprising thing is that we found something. You know, why would gender matter,” said Dr. Anupam Jena, one of the study authors.

It may surprise some, considering the push for equality in the medical field.  Now here come these results that threaten to upend that notion, not with the prejudice of the past, but with data that is the future. The results are based on 1.5 million hospital patients and 58,000 doctors. But even with that, Jena said they wanted to be sure. So the team checked obvious explanations, like women keeping their patients in the hospital longer, different post-hospital referrals, or just spending more money.

“None of those things emerged,” said Jena.

This is the first large study to look at how gender impacts patient outcomes. One thing to keep in mind is the effect is modest.

“The way to think about that is if you were a hospital administrator and you were going to reassign 149 patients to female physicians, then you might see this benefit of one life saved,” said University of Chicago’s Dr. Vineet Aurora, who is not affiliated with the research.

A modest impact may explain why most patients and staff I talked to at Massachusetts General Hospital in Boston shrugged when I asked if they saw a difference between men and women. What did come up was the difference between good and bad doctors. Patient Tracy Nifford, who’s been to the hospital 30 times just this year with an infection she can’t get in front of,  has seen a lot of both.

Tracy Nifford has been admitted to the hospital 30 times in 2016.

Fights with doctors over things like sending her home with antibiotics that didn’t work left Nifford near depleted.

With this study, it’s easy to get stuck in some “war of the sexes” debate. But the point of this work is to refine the best way to practice medicine so all physicians can do better by their patients. Nifford said it’s enough to be sick and scared — there’s no room for doctors who make life harder.

“As far as getting this fixed, I didn’t know what I would do. I was basically at the end of my rope,” she said. “I couldn’t take it anymore.”

For Nifford, what matters is doctors who listen, are empathetic and generous with time. And research suggests woman doctors tend to do that better than the men. But Jena’s instinct tells him what’s driving this statistical difference is how female physicians tend to approach problems and make decisions. He compares it to how he and his wife would rent a car and car seat for their toddler.

“The way I do that is I Google ‘car service,’ find the first thing that comes up and then I make a decision. She will go through probably five to ten different web pages, and look through all the Yelp reviews,” said Jena.

This study is not definitive. It’s a thread to pull to better understand the qualities that make up the best doctors. And odds are, that means looking more closely at the women than the men.