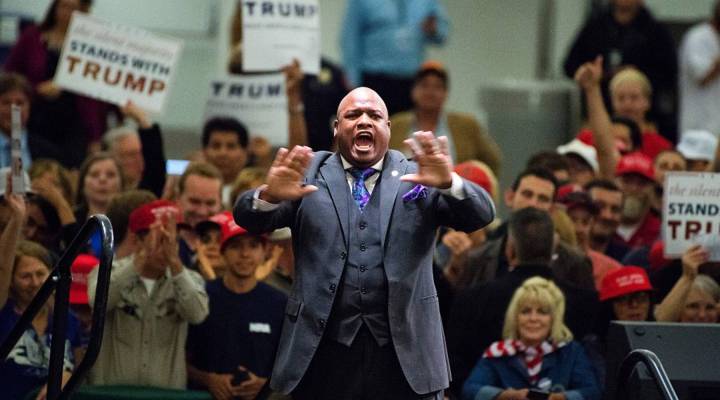 Let’s be real: the most stressful job you don’t get paid for is probably parenting, and we might put things like cleaning up after a hapless spouse on the list, too. But given the season, today we consider a tough and typically unpaid campaign job: that of surrogates, the people who go out on the campaign trail to represent presidential candidates — think Bernie Sanders for Hillary Clinton and Ben Carson for Donald Trump.

Surrogates do the dirty work for candidates: speaking at rallies, going on TV, gathering together the wealthy to pitch them at private fundraisers. And they range from politicians and the spouses and children of candidates, to citizens at large picked out by parties because of their useful campaigning qualities.

A prominent surrogate for President Barack Obama’s 2012 campaign, Sandra Fluke, got noticed after she testified before Congress about the Affordable Care Act and Rush Limbaugh verbally attacked her, calling her a prostitute on his radio show. After that, Fluke was invited to go on the road constantly, campaigning for Obama and a slew of Congressional Democrats — the party loved her because she was a young, smart law student and a women’s rights advocate.

Fluke recalls taking sometimes two or three flights a day in the fall of 2012. “I remember having a conversation with at the time my fiance and he said, where are you and I said, ‘Ohio, I think?’”

She says mostly, the travel and speaking engagements were fun, but there were awkward parts.

“The college campuses were kind of funny because when you go there, you need to sort of act hip and interesting to young people, and I was never that hip to begin with,” she said. She also describes meeting the president for the first time and being unsure what to say to him. When he asked her about how law school was going, she “felt like a kid, like, you know, an adult was asking me what grade I was in in school.” (Afterwards they went on stage together and everything went great.)

Most surrogates don’t get paid — just plane tickets and maybe a free hotel. Fluke said this was fine by her, as she was genuinely interested in supporting the candidates she chose to support. And others may go out campaigning for ideological reasons, to return a favor, or because they have their own political aspirations.

“It’s a very stressful gig, and I’d say that on the presidential level, it requires a lot of experience and a lot of skill,” said Mark McKinnon, a former Republican strategist who now produces the Showtime documentary The Circus.

And surrogates who somehow embarrass the candidate?

“They don’t last very long,” he said. He recalls Carly Fiorina getting pulled from John McCain’s surrogate team in 2008 after she badmouthed him and Sarah Palin on TV.

“They allow a candidate to be many places at once,” she said, noting that Hillary Clinton can send “Joe Biden, Michelle Obama, Elizabeth Warren, Bernie Sanders, Cory Booker to battleground states all in the same day, while she’s in another one.”

Second of all, she says, “they lend, or can lend credibility to the campaign.”

Donald Trump’s children have been good for that, and family in general can make candidates seem more human and attest to their character. Character witness surrogates might also address specific demographics, such as young people, women or racial and ethnic groups.

Finally, she said, “they can just be attack dogs, and go out and say the things the candidate can’t say.”

Lest you think that last one’s just an example of our politics gone awry, Lipsitz says surrogates-as-attack-dogs have always been around. “It actually used to be much, much dirtier.”

She says back before TV and the internet, presidential candidates depended almost entirely on surrogates to travel the country speaking for them. In the campaign of 1800 a surrogate for John Adams went around saying if Thomas Jefferson were elected all women would be forced into prostitution and bibles would burn in bonfires, while Thomas Jefferson’s surrogates called Adams a “hideous hermaphroditic character”.

All of which reminds Lipsitz of what she says is a bonus role surrogates may play: damage control. Clinton’s surrogates have come out swinging on Benghazi, her private email server, and a series of controversial releases from Wikileaks, while Trump’s have swatted back at accusations of racial divisiveness, sexual inappropriateness, tax dodging, and most recently, his reticence to say he will concede if he’s not elected. That said, Trump stands out in this election in that his cadre of defenders seems to grow ever smaller, while Clinton has the full support of her party including powerful figures like Barack and Michelle Obama.

It’s a tough job all around — but they did volunteer for it.