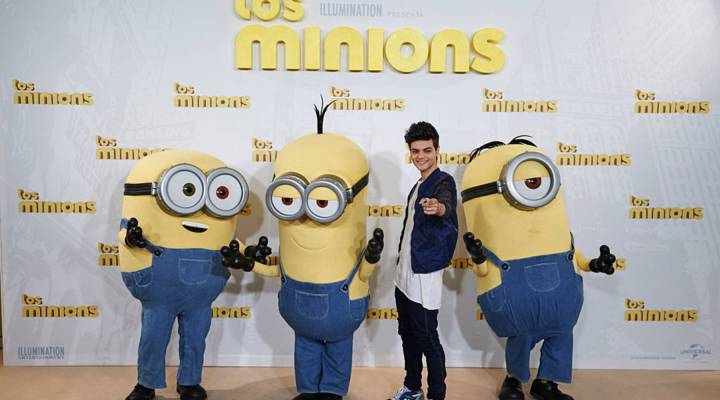 A report from the Licensing Industry Merchandiser’s Association (LIMA), says global retail sales of licensed merchandise are up about 10 billion dollars over the year before. That includes toys, shirts, games and anything that references TV shows, sports teams, movies etc.

A report from the Licensing Industry Merchandiser’s Association says global retail sales of licensed merchandise are up about $10 billions over the year before. That includes toys, shirts, games and anything that refers to movies, TV shows, sports teams and other entertainment.

Minions, the little yellow animated guys who act goofy and make funny sounds got their own feature film last year and plenty of licensing along with it.  A colleague told me that her three-year-old son has a couple of their stuffed toys. He’s not the only one. Thousands of other kids do, too. But then she told me that he’s never actually seen the movie.

Brian Sheehan, professor of advertising at Syracuse University, said that’s not usually the way it works.

“They are in-and-of themselves, outrageously cute,” he said. “There are times, like Minions, when you can have something that works, in and of itself — that works as a doll whether there was a movie or not.”

Licensing is going further and further these days. Greg Battersby, entertainment lawyer and general counsel for the Licensing Industry Merchandiser’s Association – the group that put out the report – said back in the 1960s, it was pretty simple.

“There was an association between something seen in the movie and something which the kid would ultimately buy at a toy store or an apparel or what have you,” he said.

Today, the licensing industry is bigger, and is far beyond toys. Minion Yellow, an original paint color, was released a full three months before the movie premiered. Sheehan said nowadays, licensing applies to so many different things.

“It now has extendability into a million different platforms,” he said. “Some physical like a doll and some digital.”

So, the next time kids head to the movies, they might not only be asking for a cute doll afterward. They might be asking to buy the app for their tablet, too.