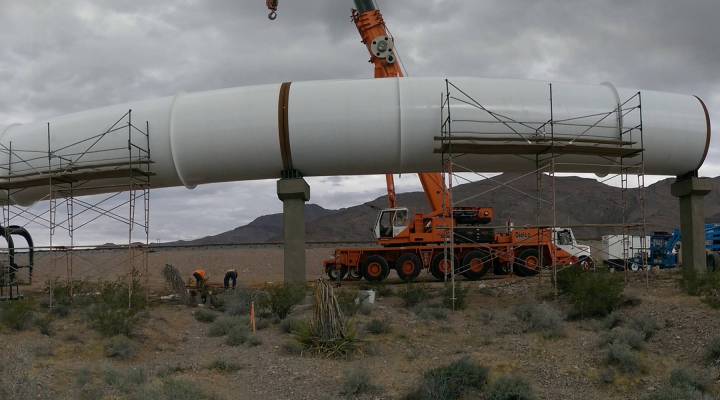 It took just 1.1 seconds for the Hyperloop One test to be complete. The buzz is lasting considerably longer.

It’s early days for the high-speed transportation system, which is the brainchild of Elon Musk. But not so early that investors aren’t interested.  The day before the test, Hyperloop One announced it had raised $80 million in its Series B round of financing. The timing is probably not a coincidence — these public events can go hand in hand with raising money.

“Showmanship and spectacle have long been a thread in fundraising,” said Paul Kedrosky of SK Ventures. “It dates back to Columbus agreeing to eschew a salary, but take 10 percent of profits if the royals would raise him the money for what was promised to be a splendidly profitable adventure.”

The Hyperloop test, which was successfully completed Wednesday, shows how public events reflect the confidence of investors and help build a company’s image.

Dan Mindus runs NextGen Venture Partners, a Hyperloop One investor. He said public tests like this don’t make him nervous.

“You want to be fairly confident that the test is going to work before you hold it,” said Mindus. “That said, I think there is virtue in transparency.”

Tasha Keeney, an analyst at the fund manager ARK Invest, agrees. She said that having events create a perception of honesty around a company.

“One of the things we look at is a category called people / management / culture. Elon Musk just has this really genuine appeal. He’s an engineer, he sort of stutters when he talks … as much as he puts himself out there and you can see that play out. Other investors evaluate management in a similar way.”

Musk isn’t legally affiliated with Hyperloop One, but he did inspire the project. And his name has lent it some cache. The reverse could also be true. The company’ success — or failure— could affect how Musk is viewed.

“If we like management, we’ll play attention to everything they do,” said Keeney, who’s an analyst for an ETF that contains Tesla stock. “If we hear about a new technology that Elon Musk was associated with, we want to size the market and evaluate it to see: Will this have a lot of potential?”

Erik Gordon is a business professor at the University of Michigan. He said holding these kinds of public trials won’t work for every company — for example, we’d be less likely to watch the tryout of a new vitamin.

“When you watch a Musk test, it is like watching Evel Knievel trying to jump over Snake River Canyon. You think he probably can’t do it, but want to see him try.”

And when those very public experiments succeed, more funding may not be too far behind. Because when you’re an investor, you’re always looking to hitch your wagon to the next Hyperloop. 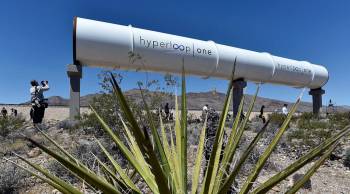