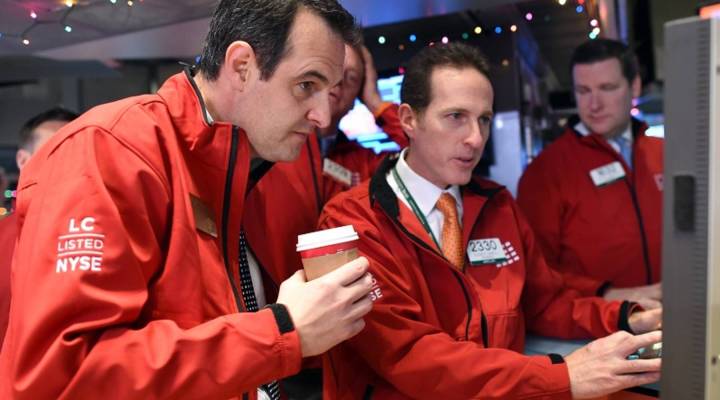 The online loan platform Lending Club announced Monday that CEO Renaud Laplanche resigned after an internal review found the company’s business practices had been violated. It’s the latest bit of bad news for the industry many call peer-to-peer lending. Wall Street was once high on companies like Lending Club and Prosper, but not so much lately. And it turns out, the industry may not be as peer-to-peer as many people think.

The industry exploded in recent years as the old model of banks making loans on deposits didn’t work the same way in a time of risk-averse banks and low interest rates. A University of Cambridge report pegs peer-to-peer consumer lending at nearly $26 billion in America last year. That’s up from just under $3 billion in 2013. With big money comes big change. The name peer-to-peer doesn’t apply in the same way.

The original idea was that regular folks who need money could go to Lending Club or Prosper and connect with regular folks who had money. That still happens, but these days, lots of money is coming in big blocks from big institutional investors.

“They basically want to get the maximum bang for their buck, so they are willing to take on this risk,”said Rajkamal Iyer, a finance professor at MIT’s business school.

But as all this money from professionals pours in, tiny individual investors may find themselves running with a much faster crowd when they’re picking and choosing the loans they back.