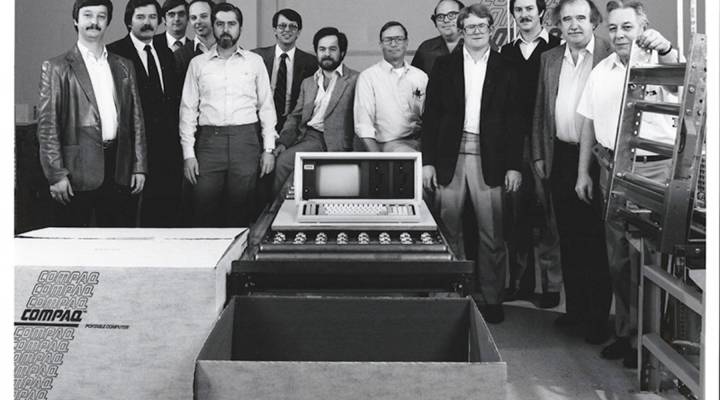 You don’t have to be a cattle driver to be a cowboy.

“Silicon Cowboys” documents the rise and eventual demise of Compaq, a small Texas startup that took on IBM to become the largest computer company in the world. It premiered at SXSW in Austin, with plans for a theatrical release in the fall.

“It’s certainly David versus Goliath,” said Rod Canion, co-founder and former CEO of Compaq, who also wrote a book about his company. “I used to think of it as an Indiana Jones thing, with one impossible hurdle after another.”

In 1982, Canion and a group of friends living in Houston decided they wanted to start a business, with serious considerations of opening a Mexican restaurant. Instead, they decided to build a portable computer. The risks were as heavy as their product, which came in at 27 pounds and had the look of a sewing machine. But as a Texan, taking risks is a part of your genetic makeup, said Canion.

“I think there really is something in the DNA of Texans that goes back to the early days of wildcatting and even cattle driving—all the risks and dangers there,” he said.

Compaq was bought by HP in 2001. Canion wants the world see that those risks that he and his friends took have benefits that still live on.

“Part of my motivation for writing the story is to make sure people understand just what Compaq had to do with the way we do things today,” he said.