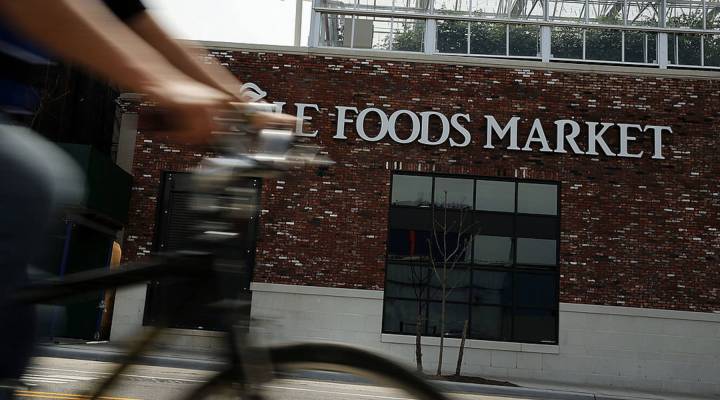 You may have heard the phrase “the last mile.”

It is, poetically speaking, the final distance between whatever it is you’ve ordered online — groceries, clothes Chinese takeout — and your front door.

It is also something an increasing number of start-ups, retailers and tech giants are concerned about.

These deals come on the heals of Uber’s investments in its on-demand delivery service Uber Rush, Google’s expansion of Google Express into fresh groceries, and Amazon’s expansion of Amazon Flex.

“There’s always been a market for home delivery in grocery.” said Paula Rosenblum, a retail analyst with RSR Research. “The challenge has been finding a way to make it profitable.”

Companies that figure out how to make such same-day services work, could cash in on a growing area of e-commerce: local shopping.  That’s according to Arun Sundararajan of New York University’s business school.  “The company that controls that interface, and has the logistics locally to be able to fulfill local retail on demand, could be potentially sitting on a massive market,” Sundararajan said.

But first, he said on-demand delivery services have to be convenient and cheap enough to convince people that having milk delivered, for a fee, makes more sense than going to the grocery store.

Topher Lambert, 23, of New York  is already a convert.  Lambert says he uses Instacart once a month to do his Costco shopping, rather than make a two-hour trip by train.

“When I moved to New York city, where I live in the heart of downtown now in Battery Park, your time is really your most valuable asset,” said Lambert, who pays around $10 a month for Instacart. “I’m willing to pay that to get a run to Costco that I normally wouldn’t have,” he said.

Lambert also uses Instacart to deliver heavy items, such as juice and milk from his nearby Whole Foods store, since he doesn’t have a car.

Whole Foods, which has had a partnership with Instacart for a few years, said in its recent earnings report that sales through the delivery service have been a bright spot.

The relationship has been very successful for both companies, and we look forward to continuing to bring innovative services to our customers,” said Instacart spokesperson Sophie Kleinert said in an email to Marketplace. 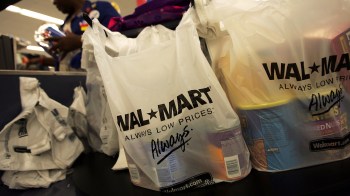 Why it’s so hard to deliver groceries