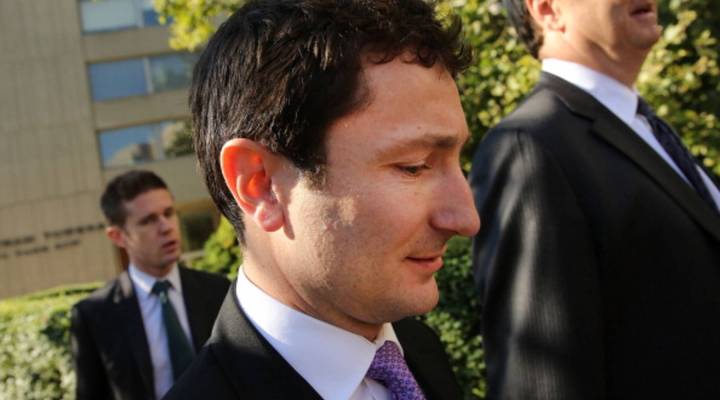 A federal jury found former Goldman Sachs trader Fabrice Tourre liable on six counts of securities fraud Thursday, marking the first courtroom victory for the Securities and Exchange Commission in its drive to punish individuals for misconduct related to the financial crisis.

Tourre — or “Fabulous Fab,” a nickname he gave himself in a much-publicized email — was a trader at Goldman Sachs.  In 2007, around the height of the housing bubble, Tourre was involved in creating and marketing securities based on subprime mortgages. Investors who bought into the deal, known as Abacus, ended up losing $1 billion after many of the subprime mortgages defaulted.

The SEC sued both Goldman and Tourre in 2010, alleging they misled Abacus investors because they knew, but failed to disclose, that these mortgage securities were likely to fail. Goldman opted to settle the charges by paying a record $550 million penalty. It didn’t admit any wrongdoing. (The Justice Department later dropped a criminal investigation in Goldman CEO Lloyd Blankein over the Abacus affair, citing lack of evidence.)

But Tourre decided he would fight to clear his name. Instead, he was found liable on six of seven counts of federal securities law.

The victory is siginficant for the SEC, which has secured more than $2 billion in settlement penalties related to alleged financial-crisis misconduct but has suffered courtroom setbacks. In a statement, the regulator said, “We will continue to vigorously seek to hold accountable, and bring to trial when necessary, those who commit fraud on Wall Street.”

SEC lawyers have called Tourre “the face of Wall Street greed.” Still, as a Goldman vice president, he was a relatively low-level player. And despite the SEC’s pledge to prosecute individuals and companies for their roles, the agency is approaching the five-year statute of limitations to file cases stemming from the financial crisis.

Statistics on SEC legal action for alleged misconduct related to the financial crisis
Revised Stats (as of July 15, 2013)