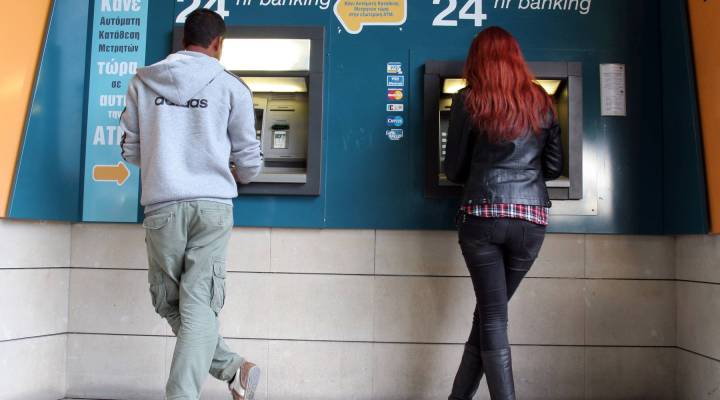 How much would your savings account be taxed in Cyprus?

A man and a woman withdraw money from a cash-point machine in the Cypriot capital Nicosia on March 16, 2013. HASAN MROUE/AFP/Getty Images
European Debt Crisis

How much would your savings account be taxed in Cyprus?

A man and a woman withdraw money from a cash-point machine in the Cypriot capital Nicosia on March 16, 2013. HASAN MROUE/AFP/Getty Images

Cyprus and European regulators announced over the weekend a new plan to tax the country’s savings accounts to help solve the country’s debt crisis.

As originally proposed, bank accounts with less than $130,000 in deposit could be taxed up to 6.75 percent, and accounts with more than that amount would be taxed at an even higher rate, 9.9 percent. That money would then go to help defray some of the cost of the bailout to the rest of Europe.

The idea of an across-the-board wealth tax to fund debt restructuring has come up before, though in the U.S., it has not surprisingly been met with little more than jeers.

But if you want to know the tax bill you’d owe if Cyprus’ original proposal we’re instituted in the U.S., use our simple calculator above to compute how much you’d pay in taxes on money you saved in Cyprus.

After the original proposal was blamed for depressed markets across the globe, European sources began telling news outlets that Cyprus would be given more flexibility over the bank levy, including possibly eliminating the tax for those with less than $130,000 in the bank.

The levy on deposits is an unusual method, but there’s no mystery why it is being imposed on bank accounts in Cyprus. The Germans in particular insisted on it. They believe that large amounts of cash in the Cypriot banking system belong to Russian money launderers, and that it’s only right that they too should bear some of the cost of the bailout.

“I think this is a scary measure,” says European fund manager Henri Dixon. “It would be absurd to think that people are not thinking about depositors in Ireland, Portugal, Italy, Spain and thinking maybe — you know — my money’s better out of the bank and under a mattress.”