Kai Ryssdal: Today the Inter-American Development Bank announced a plan to help poor countries cope with the food crisis: a $500 million line of credit to let them ramp up agricultural production and reinforce social programs.

Commentator and economist Edward Miguel says that’s a great example of well-targeted international aid that can do a whole lot more than just fight poverty.

Edward Miguel: Food prices in the U.S. have been rising fast. Growing demand for food products in Asia and unusual global climate patterns are driving the increase. While higher prices put a moderate dent in our wallets, food shortages have much more severe consequences in Africa, the poorest part of the world.

Most African families still rely on farming to make a living, so when the rains fail, their main source of income evaporates. This leaves them dangerously close to the edge of survival and when people have nothing left to lose, desperation can even lead to violence.

Now there’s evidence in African countries that a drought in a given year increases the probability that war will erupt the following year and the impacts are very large: a bad drought can boost conflict risk by 50 percent.

When the crops fail, many young men find that fighting for something to eat beats starving to death in their fields and the government army, deprived of tax revenue by a stalling economy, is powerless to stop them.

Climate change could make things even worse. If drought becomes as common in the 21st century as some leading scientific models predict, the risk of civil war will continue to rise.

What can be done about this looming catastrophe? First, Western nations must use foreign aid to stop African conflicts before they start. Aid should act as insurance. We know economic volatility like drought increases the risk of armed violence, so aid donors can identify the countries at greatest risk by tracking the weather. Once they know which countries are experiencing droughts or other major economic shocks, foreign aid could be ramped up quickly to bolster short-run economic conditions. This could head off political instability and violence.

Climate change poses economic challenges for the whole world. Nowhere is this threat more dire than for the poorest African farmers that still rely on the weather for their livelihoods. But with some improvements in foreign aid, we can make sure that climate change won’t drive Africa further into the vicious cycle of poverty and war.

Ryssdal: Edward Miguel is a professor of economics at University of California at Berkeley. His book “Economic Gangsters: Corruption, Violence, and the Poverty of Nations” will be released in September. 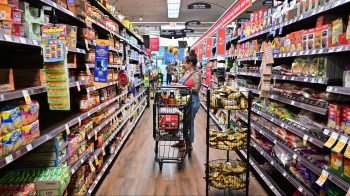