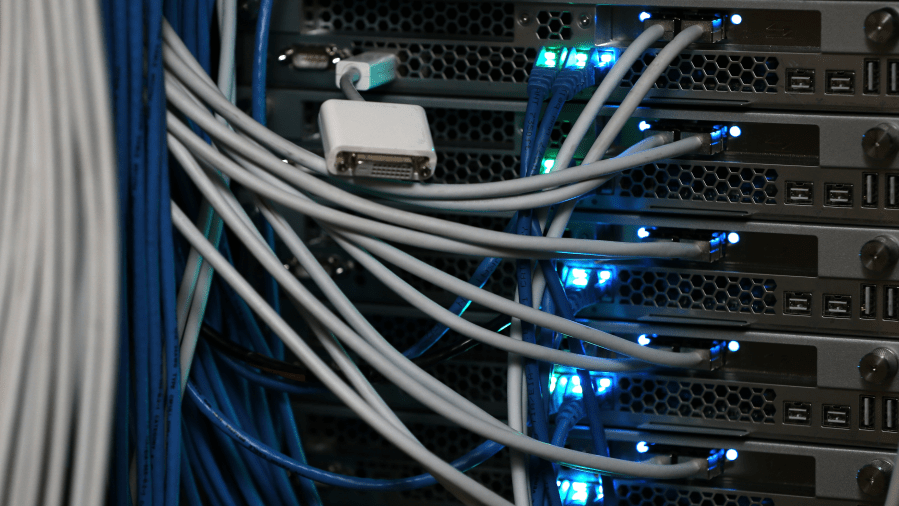 Tribal libraries can be key for using the internet in broadband-scarce communities, but due to a narrow definition of "library," many have been left out.
Listen Now

Tribal libraries can be key for using the internet in broadband-scarce communities, but due to a narrow definition of "library," many have been left out.
get the podcast
get the podcast

As we often say on this show, the internet is everything.

But for many people, the only place to get access to the internet is the library, which is a problem on some tribal lands where many of the libraries are excluded from federal broadband subsidies. That’s because they don’t technically fit the Federal Communications Commission’s current definition of a “library” for its E-Rate program.

The FCC has proposed expanding its definition, and will hear from tribal librarians and other stakeholders at a roundtable coming up on Wednesday.

Marketplace reporter Savannah Maher has been covering this story, and I asked her to explain why tribal libraries are being left out. The following is an edited transcript of our conversation.

Savannah Maher: This is not a new problem in Indian Country. Their access to the internet has been a huge problem for years. It’s just something that I think has been on the radar of other Americans who live outside of tribal lands for the first time over the last 18 months. Because when the pandemic hit Indian Country, really these communities were pretty much entirely cut off from the rest of the world. Like, you had children who were unable to get to school, people that were unable to fully participate in work the way that they needed to. And suddenly, services like the Indian Health Service, like [Veterans Affairs], were unable to reach their clients in Indian Country that had typically accessed those kinds of services in person. So there’s been a lot of movement over the last 18 months to address this inequity — a lot of different federal initiatives to try to help tribes build up their broadband capacity, in some cases, even start their own broadband providers. A lot of tribes are using their federal COVID relief funds to work on those kinds of issues. So there’s a lot more visibility right now and a lot more movement.

Kimberly Adams: So what is the E-Rate program and why weren’t these tribal libraries able to access it before?

Maher: So E-Rate is an FCC program that helps libraries and schools afford internet access. And the definition of a library, for the purposes of this program, is an academic library, a research library or a public library. And tribal libraries, most of them just don’t fall into any of those categories. It might house the tribal archives or it might be a repository for different cultural objects, sort of like a museum in that way. It might be a meeting space, a space for local government to do its work, or a space of learning. You might go to language class at the tribal library. So for all of these reasons, they just don’t fit the definition of a library under the FCC’s rules. And right now, in order to become eligible for E-Rate, these libraries need to be designated as libraries by the state librarian in whatever state they are surrounded by.

Adams: Do you have a sense of how many people rely on these tribal libraries for their only access to the internet?

Maher: You know, it can be totally different from one reservation to another. But in some places, the tribal library truly is the only place where you can get public free access to the internet. Like I reported for a few years on the Wind River Reservation in Wyoming, where public Wi-Fi was really difficult to find. About a third of people had access to the internet in their homes on Wind River. You could either drive to a border town, which could be like a 30 or 40 minute drive, or you could go to the library at the tribal college. That’s a pretty big portion of the population on a place like Wind River that really relies on the tribal library.

Adams: What are you hearing from the librarians? Are they excited?

Maher: Well, actually, I’m hearing sort of mixed responses, that this is a really important step for tribal libraries to be explicitly included in this program. But it’s not the only barrier. If you’ve got one part-time employee that is running your library, serving patrons and keeping the library afloat, that librarian probably doesn’t have a whole lot of time to apply to a program. And then once you do get the grant, there’s all of the compliance paperwork that you have to keep up with, which is just a lot if your institution only has one person or a handful of people working for it. There’s also the fact that many tribal librarians haven’t even heard of E-Rate. I spoke to a researcher with the Association of Tribal Archives, Libraries, and Museums, who did a survey this year about these sorts of issues and found that 40% of the librarians who responded to the survey had never even heard of the program.

So the FCC has a lot of engagement work and outreach work to do in Indian Country. I think, like a lot of federal agencies, it’s just not really used to engaging with these communities and thinking about how to serve them. Tribal communities being explicitly included in these kinds of programs is a relatively new thing. So just changing the rule and the designation issue is not going to solve this entire problem. There’s a lot more work to do to make sure that agencies like the FCC are actually serving tribal communities.

Adams: I’m just thinking about everything we’ve learned throughout the pandemic about the racial and ethnic disparities in terms of who was able to navigate remote work and remote schooling, and things like that. And I wonder what you’ve seen, as you’ve been out reporting, in terms of how just the lack of access in tribal communities has affected how people made it through the pandemic?

Maher: Yeah, I mean, pretty much on every level. Like, when I was working on Wind River at the height of the pandemic, when nobody was meeting in person at all, prior to that, pretty much all of my work I did in person. Like going and meeting with people in their offices or their homes, just because cell service was not great. It was a reservation in rural Wyoming, and very few people had good access to the internet. Even, like, the tribal business council, when I would go to interview, say, like, the chairman of the tribal business council, I would go do it in person. And then all of a sudden, during the pandemic, when we couldn’t do that, I was kind of shut off from that entire group. Like, I couldn’t really interview the government of these tribes on Wind River.

So all the way from the top, it was keeping people from being able to communicate and to go about their work the way that they normally would. I spoke to students and teachers who didn’t have access to Wi-Fi in their homes at the start of the pandemic, and the whole scramble to make sure that everybody had these hot spots and jetpacks that didn’t always work well. And then even when they did, another huge problem was overcrowding in tribal housing. So there might be one hot spot in a house that’s housing eight or 10 people that all need to get online to go to school and go to work, and it just doesn’t have the bandwidth. So it was really disruptive and really isolating for these communities.

This conversation expands on reporting Maher did for Marketplace Morning Report.

She says if the proposed rule goes through, tribal libraries could have access to the E-Rate program as early as next year.

Back in 2019, our podcast “Make Me Smart” did a deep dive on the topic of Native Americans and the tech economy, and how the lack of broadband access in many tribal communities is affecting employment.

And Maher pointed us to a story on the website Searchlight New Mexico, which does independent investigative journalism, about the extraordinary lengths some Navajo students have gone to to attend their virtual classes during the pandemic. One student in the story would sit in a truck on an unnamed dirt road for up to 10 hours a day to attend to virtual school, because it was the only place he could get a decent internet connection.

Maher also recommends a story on news site New Mexico In Depth about 11 bus drivers who put in close to 900 miles a day delivering special USB bracelets with downloadable lessons to kids who couldn’t get regular access to the internet. Another task for those bus drivers: delivering food in a district where 60% of the families live below the poverty level.

How the FCC can better serve Indigenous communities with faster internet 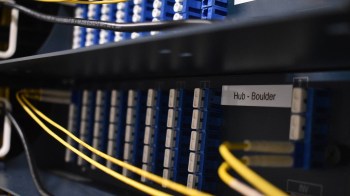