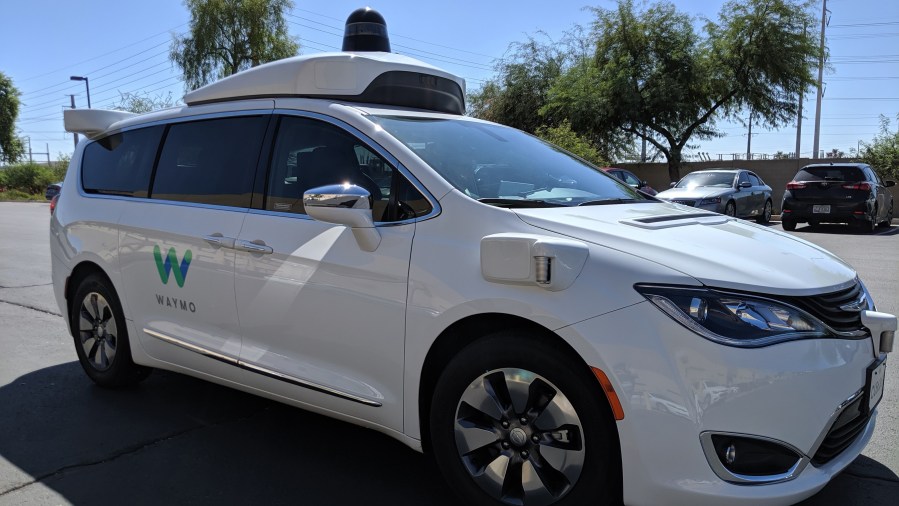 Waymo is partnering up with other tech companies in Arizona to build better autonomous cars.
Listen Now

Billions of dollars are pouring into the self-driving space right now. Building a robot driver capable of fully replacing a human at the wheel is a mission, maybe even an obsession, featuring exactly what Silicon Valley loves: a lot of tech and a huge potential prize.

But companies are increasingly realizing that they might not get there alone. To see what that means in practice, I headed to Arizona, where several companies are taking advantage of the state’s welcoming regulatory attitude toward self-driving testing.

First, I stopped by Waymo, which is operating a fleet of robotaxis around Phoenix, and took a ride. It was impressively smooth and confident, by the way.

Of course, the car talks. “Arriving shortly at Waymo Depot,” announced a speaker during the ride. “Please keep your seat belt fastened.”

While there, I ducked into the operations center to speak with Rocky Garff, head of operations at Waymo.

“We’ve outfitted [our Chrysler Pacifica hybrids] with the Waymo hardware and software that runs our self-driving fleet,” Garff said. “We’re in the hundreds of cars across all our operations, so you can see we have lifts and the type of tools and systems you’d see in a normal garage.”

But what really makes these driverless cars go is partnerships.

“We maintain the proprietary hardware and software that is built by Waymo,” Garff said. “We partner with companies who have expertise in general car maintenance, so we work with them to do tire changes, oil changes. That’s not something we do ourselves.”

AutoNation helps Waymo with servicing and maintenance. The people at Avis, the car rental company, work on things they’re good at, like fueling the cars, registration and other paperwork. Another company, Transdev, is hiring, training and managing all the drivers who help test these vehicles.

A few hours south of Waymo in Tucson is TuSimple, which is building self-driving big rigs and testing them on local freeways.

Chuck Price, the chief product officer at TuSimple, says partnerships mean a chance to see how the vehicles work in real-world conditions.

The company did a two-week trial with the U.S. Postal Service and is working with other big delivery companies.

“With UPS, it is an ongoing thing. We’ve been working with them since last March,” Price said. “We have been moving cargo for them every single day. We’re moving at least one run if not more.”

Even if you haven’t had a chance to ride in a self-driving vehicle, your packages already might have, as partnerships drive progress in the self-driving race.

Other real-world trucking trials include work Volvo is doing in a Swedish port moving shipping containers. Its truck looks otherworldly, with no cab for a human — just a low, robotic sled. SlashGear has some details.

Autonomous trucks have the potential to upend shipping, according to a McKinsey & Company insights piece. It says that with full autonomy, costs could fall about 4%. That means a savings of $85 billion-$125 billion for the industry. The report raises the question of who might benefit, though. Will shippers and carriers absorb the savings, or will consumers see lower prices?

CNBC says Amazon is mostly driving the demand for autonomous trucking tech. A video, featuring TuSimple and others, looks at whether autonomous trucks could help alleviate a driver shortage.

Trucking is a tough job, with many nights away from home for drivers. Even if fully autonomous tech isn’t ready soon, some other companies, like Starsky Robotics, are looking at plugging the gap with a remote control for trucks. A computer could guide the monotonous freeway driving. Then when more skill is needed, a human could dial in to the truck from a call center and handle the off-ramp to the distribution center. That same person could look after dozens of trucks in a working day and still go home at night. Trucks.com looks at how that could work in practice.

Here’s the link to a post from RTS Financial carrier services that gives drivers five reasons not to worry about self-driving trucks. It predicts that even with automation, trucks will need someone in the cab for the foreseeable future. 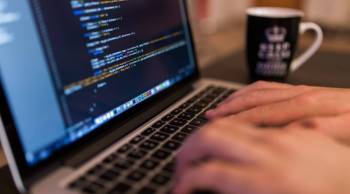 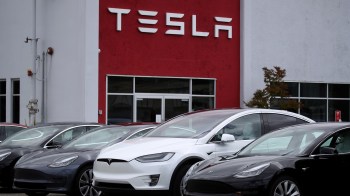