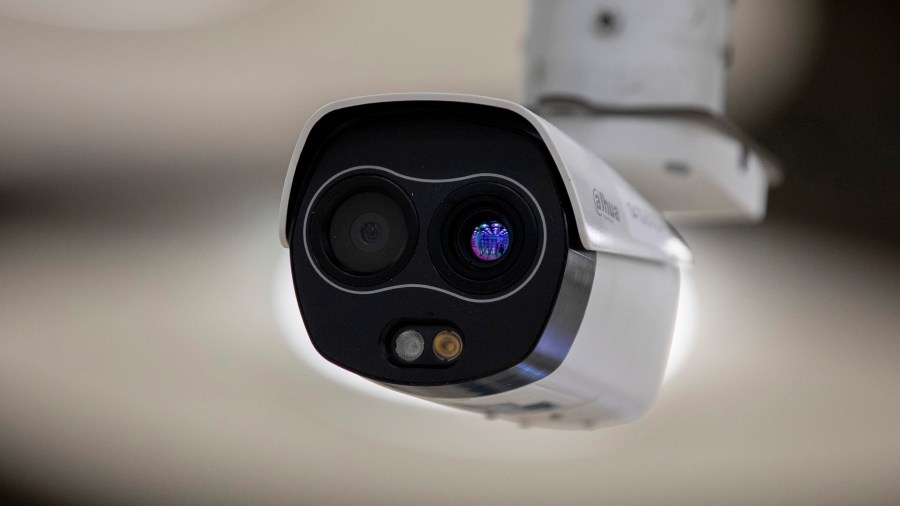 Thermal imaging cameras aren't proven to help stop the spread of coronavirus. But schools are buying them.
Listen Now

Every Monday this fall, I’ve been taking a look at education and technology during the pandemic. I’ve mostly talked about remote school, but today is about how schools and districts are using tech to try and monitor students’ health in the classroom.

Even before the pandemic, some schools had used tools like facial recognition to monitor students. Now they’re adding QR codes, thermal cameras and spending potentially hundreds of millions of dollars in the process. I spoke with Albert Fox Cahn, the executive director of the nonprofit Surveillance Technology Oversight Project. The following is an edited transcript of our conversation.

Albert Fox Cahn: It’s really like a bad episode of “Black Mirror.” We see students being tracked with everything from Bluetooth proximity technology to Wi-Fi-based systems. We see facial recognition being used as a COVID-19 response — we also see thermal imaging. And these technologies are all invasive, they’re all expensive. But what they don’t have is evidence that they actually work.

Molly Wood: In this sort of category of things that you mentioned, how useful are they?

Cahn: I mean, basically, most of these technologies have about as much evidence behind them as Theranos had. So let’s take, for example, the wide-area thermal imaging. We all know that holding an infrared thermometer close to someone can give you a fairly accurate temperature reading. But it’s completely different when you’re trying to use a single camera to take the temperature of everyone in a single room, and you’re using facial recognition to try to find where people’s faces are, because when you’re using these sorts of systems, you have to use artificial intelligence so it even knows where the person is in the photo, and then to use that to try to identify who has a fever. None of this technology has been approved by the [Food and Drug Administration]. None of it has been overseen by regulators, and all of it is being rolled out without that sort of supervision.

Wood: Do we also have a sense of how much money schools — and by extension, taxpayers in many cases — are spending on this kind of technology?

Cahn: Well, according to Draganfly, the military drone creator turned COVID-19 health detection company, they claim that next year the thermal imaging marketplace is going to double in size to $5.6 billion worldwide. And really, we have no idea how much money has already been spent by local school boards and individual school districts all across the country.

Wood: I understand a lot of tech companies that are now selling this technology did used to work in security surveillance and just kind of switched over?

Cahn: When you sell surveillance hammers, every issue you see is a nail that needs even more tracking, even more invasive technology. We see companies that were marketing their tech as a way to prevent school shootings. There is no evidence that actually worked, but they got lots of school districts to buy these tracking systems, claiming that it would help first responders deal with these heartbreaking mass shootings. But as soon as COVID-19 was in the news, and they saw that school districts were more interested in spending money on public health than on mass shootings, they suddenly started selling the exact same technology to try to prevent the spread of COVID-19. They are not looking for a solution and building tech in response. They have technology and they’re trying to find ways to make us believe that it’s the solution to our problems.

Cahn: Contact tracing privacy is really in a dangerous state today. Currently, there’s almost no protection against law enforcement or even [Immigration and Customs Enforcement] coming in and getting this sort of contact tracing data. Federal law doesn’t really apply, most state laws don’t apply. And that’s why we’ve been fighting here in New York to pass legislation that would actually say that police can’t weaponize this information and make it another part of the school-to-prison pipeline. But unfortunately, even months after the bills were passed, we’re still waiting on Gov. Andrew Cuomo to actually sign them into law.

Wood: You know, in a weird way, it seems like schools are in this position —obviously, these companies see a business opportunity — schools are in this position because of, in some ways, a lack of alternative. Have they been put in a position where they sort of have to implement some kind of health security theater because otherwise, they feel that there’s no alternative to make parents feel safe about sending kids back to school?

Cahn: My heart goes out to the school officials who are trying to pick between impossible options. You have, obviously, a lot of problems with online education, and with the restart of in-person instruction, you have such a potent threat to public health. And so I think they’re grasping at anything that will give them some sense of safety, in part because they genuinely want to keep their kids safe, and in part because the amount of litigation we’ll see after this crisis is over is really going to be unprecedented. I mean, we’re going to see so many Americans who get sick, some who die, who then are rightfully enraged that decisions made by school officials put them at risk.

The Electronic Frontier Foundation published a big piece on surveillance in schools back in February, which argued that “we are surveilling our students as if they were dissidents under an authoritarian regime.” And worse, it said students can’t opt out.

NBC News has a piece from last month about how much schools are spending on body temperature screening devices — $178,000 at one Texas district, which bought them sight unseen after a Zoom demo. And also despite the fact that epidemiologists say fever screening is not that effective with a virus that spreads from people who aren’t showing symptoms, and that children in particular are getting cases that don’t involve a lot of symptoms, or symptoms so mild that fever isn’t one of them.

This is a good time to mention that all across this country, teachers have threatened strikes over low pay, the need to buy their own supplies, huge class sizes and insufficient resources for things like textbooks. And now, schools and districts are spending tons of money on technology that doesn’t work because we do not have testing or contact tracing rather than agree on mandating masks, which by every account do work. In case you were wondering if any of this makes any sense at all.