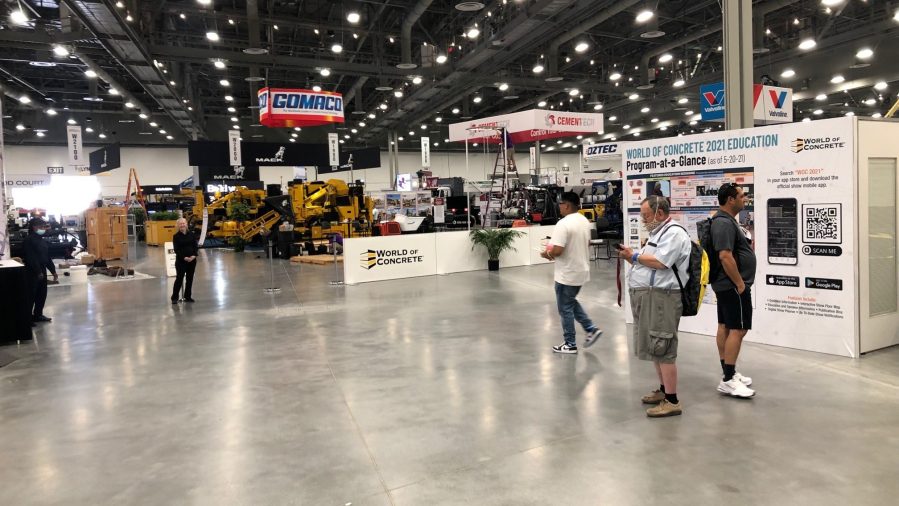 The Las Vegas Convention Center before the World of Concrete convention opens. "It’s our Super Bowl or World Series," a participant calls it. Matt Levin/Marketplace

The Las Vegas Convention Center before the World of Concrete convention opens. "It’s our Super Bowl or World Series," a participant calls it. Matt Levin/Marketplace
Cement, an ingredient of concrete, produces 8% of the world's greenhouse gas emissions.
get the podcast
get the podcast

Las Vegas hosted its first in-person convention this week since the pandemic, World of Concrete, which normally attracts some 60,000 engineers, architects, masons and contractors. Not quite a full turnout this year, but Marketplace senior reporter Matt Levin was there. The following is an edited transcript of our conversation.

Matt Levin: There has been kind of a drive towards more automation. The construction industry, it’s still kind of old-school tech. It’s a lot of manual labor, which is very intensive, and there’s been a labor shortage for quite some time. The pandemic has somewhat exacerbated that, and so there has been a drive among toolmakers to try to have some of the more labor-intensive parts of construction be automated, be done by robots.

Amy Scott: Tell us about Jaibot.

Levin: Jaibot is a semi-autonomous robot [that] kind of looks like a mini-Zamboni without a driver seat, with a big hydraulic arm sticking up. And then, the hydraulic arm shoots up into the ceiling and starts drilling holes on its own. So you load a digital plan of what the ceiling and the environment the robot is working in looks at, and then the robot pretty much takes care of the rest. It was pretty impressive.

Scott: To make concrete, you need cement, which produces 8% of the world’s greenhouse gas. Are you hearing a lot of conversation about sustainability?

Levin: Some. I think I was expecting a little more conversation about it. I think it is notable that the major cement manufacturers, their trade group issued a statement in November. They pledged to go carbon neutral by 2050. That has symbolic importance. This is not an industry that’s known for being the most environmentally conscious. The route to get there seems difficult because cement is inherently a carbon-emitting substance.

Scott: I always used to use these words interchangeably, but cement is actually an ingredient in concrete.

Levin: That’s right. I was told repeatedly here: Cement is the flour in the birthday cake that is concrete.

Scott: A couple of companies recently won the XPrize for figuring out ways to actually inject CO2 into concrete. Are you hearing about this idea of carbon capture as a way to make this a greener material?

Levin: Yes. The plan to make cement more green relies heavily on carbon capture, [but] the cement producers have not really implemented this at scale yet. The other thing that they’ve been talking about a lot, at least here, is using different fuel sources to create cement.

Scott: What else has changed in the industry during the pandemic? I mean, most of us had some kind of digital pivot. Did you see any of that?

Levin: Yes, I think particularly on the sales side. And obviously, there’s a lot of salespeople here at the expo. With this whole convention, there’s a big discussion going on: Is this worth it? It costs a lot of money for companies to send their personnel here to lug Jaibot, the giant robot, around from city to city. Companies went more into digital marketing and advertising in the absence of these trade shows, and it mostly worked. Instagram influencers became more important. I had no idea, but apparently there are Instagram influencers for construction tools.

Scott: Well, I’ve seen a very charismatic plumber. And so to me, it’s a ripe industry for that kind of innovation. But tell me about who you’ve seen there. I mean, are you seeing influencers on the convention floor?

Levin: Yes, I met one. He’s known as @toolpig. He’s got about 250,000 followers. He’s exactly what you picture when you picture someone who’s really into tools. And he may be more important now to major toolmakers than, let’s say, convention center expositions like this.

I mentioned two companies that won an XPrize for creating greener concrete. They are CarbonCure Technologies, a Canadian startup, and CarbonBuilt, which is affiliated with the University of California at Los Angeles. Scientific American has a story about the competition and the technology. The winners shared a $15 million grand prize. Both teams injected carbon dioxide into concrete in ways that reduced its carbon footprint and made the material stronger. The U.S. government is a big customer for concrete, making up half the domestic market. That share is likely to grow if President Joe Biden succeeds in getting an infrastructure deal through Congress.

Here is more of Matt’s reporting on the state of the convention industry, which before the pandemic was an $11 billion business for Las Vegas. One ice sculptor, known as the Vegas Ice Man, was very happy to have some of that business back. Matt had this to say about what it’s like to be at a convention in person, after all these months of virtual meetings:

“I’ve shaken more hands here in the last 72 hours than I have in the last year and a half. It’s not even close. There’s more asking whether people are comfortable shaking hands. There’s like a little more consent involved in handshaking. I’ve also noticed there’s way more swag here. I was talking with a salesperson about this, and they were saying, ‘Look, we’ve been sitting on all these flash drives and free pens for like a year and a half. We’re trying to unload them.’” 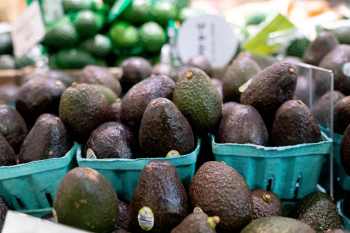 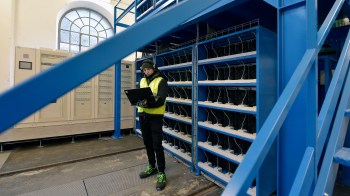 How does bitcoin mining work? 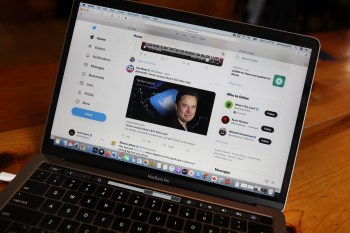