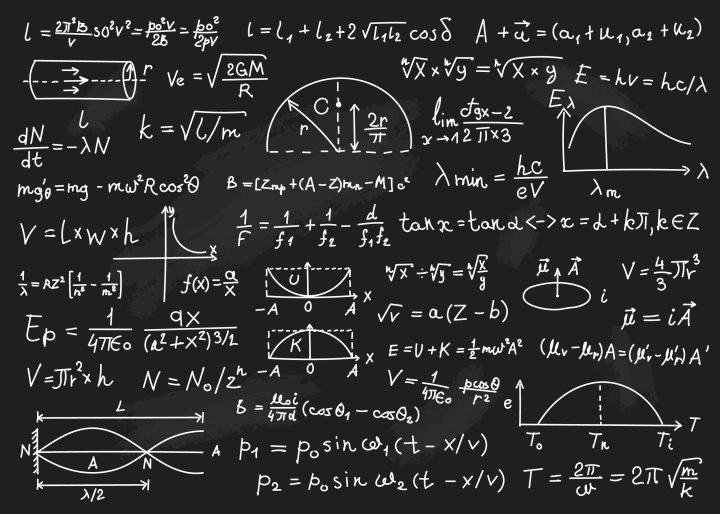 Newer startups are facing challenging conditions, due in part to this weird economy we’re all living in. Last quarter, money lent from venture capitalists to early-stage companies decreased by 22%. That’s one of the steepest declines between quarters since 2010.

For today’s Economic Pulse we turn to someone who knows a thing or two about startups. Anurupa Ganguly is the CEO and Founder of Prisms of Reality, a tech startup which uses virtual reality in the education field for math learning.

David Brancaccio spoke with Ganguly about the current landscape of the industry. The following is an edited transcript of their conversation.

David Brancaccio: So virtual reality to help teach math. You know, education tech, ed tech, give us a taste of what it offers.

Anurupa Ganguly: Yeah. So you know, the startup was, you know, founded upon the last 10 plus years in the public education system. And just feeling like we’ve poured so many resources and time into really kind of rethinking the math and science educational experience for kids, and not really seeing any ROI [return on investment] on our efforts. Mainly because what I learned was that the way that we teach math, despite the many innovations, are simply not aligned to how human beings learn. We know that we learn by our experiences, we know we learn via our senses – so seeing, doing, touch – and yet the math classroom remained deeply static. And so what Prisms is doing is really kind of rethinking how one experiences and learns mathematics that goes into you schema and your set of life experiences. And so we utilize virtual reality, and kids are able to step into a world as a first person actor and experience a real world problem that’s important in the world today. We create the intellectual need for why they need to learn that mathematics and why it’s important and then they learn the math as they go.

Brancaccio: What level of math are you targeting?

Ganguly: So we currently target grade seven to 11, math and science. So that’s, you know, starting with middle school, going up through algebra, geometry, advanced algebra, precalculus. And we are now completing calculus AB, BC and moving into differential equations, so that, you know this… there’s this belief that younger kids learn mathematics through tactile manipulatives and, you know, you don’t need them as much as you grow older, but that’s categorically false. Our need to kind of interact with our learning does not diminish as we get older, so [we] want to make sure that that continuum continues through university. And as soon as we’re done with math, we’ll be beginning with biology, chemistry and physics. Same thing, we’re gonna start with grades seven to 11, and then push into higher ed.

Brancaccio: All right, so look, I did pretty much figure out differential equations. But if you have a virtual world that I could step into, that would help me crack quadratic equations in algebra. I mean, I’d pay some money for that.

Ganguly: Well, you and a lot of other schools and families, so you’re in good company.

Brancaccio: All right. Now, you need outside money to build virtual worlds and a lot more. We are seeing reports that venture capital for startups, is switching from flood stage to low tide. What are you seeing?

Ganguly: I think that, you know, any such dip in the market, I think it… I’ve always seen it as a privilege. It forces founders during those times, to really focus on business fundamentals, and sell, sell, sell, because that’s the best type of funding. And so I think that most of my peers, everyone’s kind of heads down right now, you know, focused on hitting and exceeding their milestones. And I think ultimately, out of this stage will come far more robust business models. Now, typically what drives a competitive round is, you know, multiple term sheets, right? So when you have less folks, you know, writing checks, obviously, the tenor of how a round is run, and you know, how competitive and to what extent you have to negotiate like those… some of the, the window dressing changes, but I think, not much changes in terms of the fundamentals. Which is, you know, really focused on your key metrics, which I think gets overlooked in more frothy markets.

Brancaccio: I realized this is an uncomfortable question. And it sounds like you regard this as a kind of pause that refreshes, it brings a discipline to what a startup does. But it sounds like you’re seeing this, that this is a moment where that capital isn’t flowing like it was.

Ganguly: You know, it’s interesting, from what vantage point you sit, right? Because a lot of founders are also just not raising now. Because the because the markets are where they are, most founders who have managed their capital effectively, they’re like, “We’re not going to raise right now, this is not the time to raise.” So it’s a bit of a chicken and the egg problem. Where I’m also hearing a lot of VCs saying, like, we’re having difficulty finding, you know, great founders who are raising, so it’s cutting both ways. And you still see, you know, top tier VCs, still deploying a lot of capital. There’s been a lot of news in the, in the past few weeks about, you know, some controversial and non-controversial checks being written. So, I’m still seeing a lot of money flowing. You’re right in saying that there’s just a greater discipline around to whom those checks go to. And I will say, the folks who got kind of the raw end of the deal are your early stage companies, right? So if you’re a pre-seed company, you know, you have to build product, you have to do customer discovery, you’re not generating revenue as of yet. So I think that it’s really more than kind of a broad stroke comment about, you know, less money. I don’t think that’s what’s at play. I think it’s less money for early stage companies that don’t have as much traction. And I think that’s where the role of the angel community and family and friends and grants and SBIR programs like, those are non dilutive opportunities, that becomes of the essence for those companies. And, you know, to be honest with it wasn’t too different for me. I mean, even when the markets were, you know, better than where they are now, as a female founder it’s really hard to raise with an idea. I would see my peers who were… had built less product and had less traction, like they were raising much, much more quickly than I was. So for me, I had to go and go raise NSF [National Science Foundation] money and really prove out my model and get paying customers to get my first checks. So I guess like, I’m pretty accustomed to this. And I think now you just have a larger swath of entrepreneurs that are being held to those standards. But there were a subset of us that were always held to those standards.

Brancaccio: And on that list that you gave SBIR, that’s the Small Business Administration has that kind of seed fund. And for people not in the industry, what’s the difference between an angel investor and a VC?

Ganguly: So angels are, you know, they typically write smaller check sizes, they come in earlier. Most angel investors of mine were in my network. So these are individuals that are looking to invest their money in startups. And they may not… they don’t have the infrastructure as VCs to do both support… but you know, they believe in your vision. Now, they’re obviously different types of angels, you have angels that are more like family and friends, that may not be as seasoned, in terms of their investment portfolio. And then you have a lot of very high profile angel investors. So it’s essentially just kind of individuals versus institutions.

Brancaccio: All right, before we go, quick, personal question. Are you good at math so that you wanted to spread the wisdom? Or are you lousy at it and you wanted a system that others wouldn’t have to go through what you did?

Ganguly: It’s a great question. So I loved math and math modeling. It’s, you know, I studied engineering, and I found a tremendous amount of value. What happened was when I became a teacher I realized, you know, just how faulty the system was. Because something that I loved and, to your question, felt you know, pretty, pretty good at students with different sensibilities my creatives, my artists, folks that just simply made sense of the world differently than I did, they had no access to the modern math classroom. So the product is derivative, not from my experiences as a student, as such, but more as that of a teacher.

Brancaccio: And do you have to wear the goggles for the system?

Ganguly: You do because our kind of conjecture is that, that full immersion and stepping into a problem yourself, and learning how to kind of ascribe language to your set of perceptual experiences and ascribe notation and build mathematical models from your own experience, that does require full immersion. So we build for VR, but I think as we begin to kind of move into tooling and, you know, just focused on – “OK, once I’ve had that experience, I understand the utility of it. I now want to use, you know, different tools and data visualizations.” I think those can absolutely happen with AR modalities and web XR and other ways to immerse kids that don’t require full immersion.