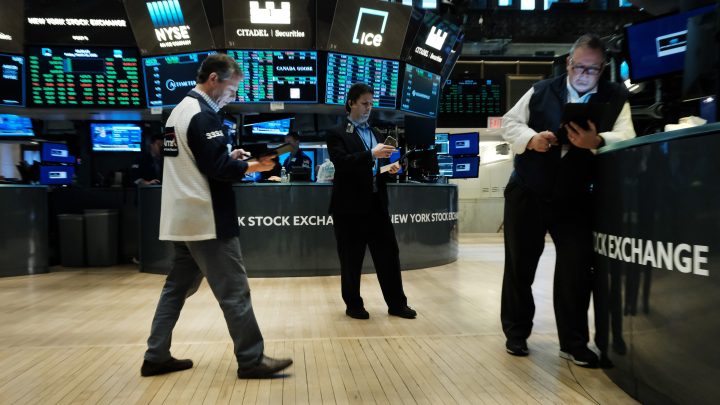 The stock market is often used as a predictor of financial risk, but as we are seeing now, it can also predict geopolitical and global risks.

The war in Ukraine is ratcheting up, and as the levels of danger increase and sanctions encircle Russia, it would seem like the market would reflect this increased risk to global security.

We’re talking here in terms of world war — even the use, accidental or otherwise, of nuclear weapons.

When the stock market is rebounding because there’s been a welcome change in the war, like a lull in fighting or a resumption of cease-fire talks, it looks like the market doesn’t see the war as too risky and sees the danger of it spreading going down.

But can the market really predict that?

“The most likely scenario is being told by stock investors and other global investors in the bond market — and you know, they’re upset, they’re worried, and they think the world is diminished by all this. But they’re also saying, ‘Look, Russia’s a small economy. There’s a lot of risk here, but at the end of the day, we’re going to navigate through,'” said Mark Zandi, chief economist at Moody’s Analytics.

The markets are kind of like a hive mind, according to Brad McMillan at Commonwealth Financial Network, and it has a lot of information to make up its mind.

“Prices represent the considered judgment of everybody who’s active in that market, and they’re playing for very high stakes — there’s a lot of money at stake. So people are really thinking through those decisions,” McMillan said.

And they have decided, at least so far, with major indexes close to where they were two weeks ago, that global risk is up a bit, but not that much.

But that could change if the geopolitical situation worsens, if the war spreads or involves U.S. or NATO troops, or worse, nuclear weapons, said economist Mary Lovely with the Peterson Institute for International Economics:

“I think you would see it in global markets, in all markets, if people really thought a nuclear war was imminent,” Lovely said.

There is a less trusting view of the markets and market reaction to geopolitical turmoil, said Kathleen Day at Johns Hopkins University, who specializes in financial crises. “In many ways no one knows, you just don’t know. When people liken it to gambling — it is, kinda.”

If this war widens a lot, she said, predicting how markets will react gets even harder. “War is unique, war is an existential event. It will affect markets, and probably long-term.”

It wouldn’t be just markets, but trade, travel and pretty much everything economic in the world.