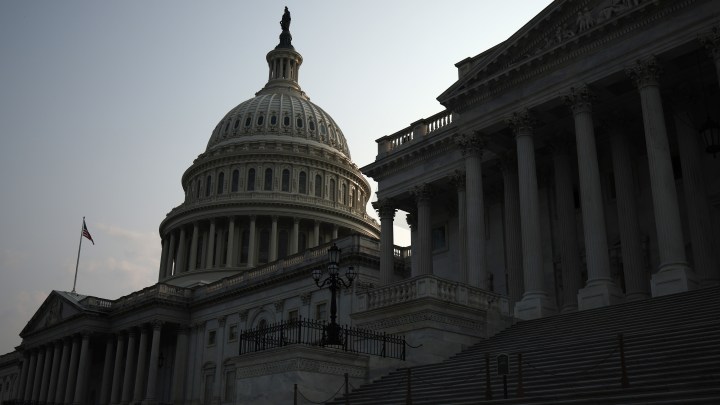 COPY
While the U.S. Senate is finalizing the infrastructure bill, lobbyists are racing to make their voices heard. Anna Moneymaker via Getty Images

While the U.S. Senate is finalizing the infrastructure bill, lobbyists are racing to make their voices heard. Anna Moneymaker via Getty Images
Listen Now

The Senate is still hammering out the details of the massive infrastructure bill, with members trying to add or block amendments and — at least for supporters — sell it to constituents back home.

The White House on Wednesday released a state-by-state breakdown on where the money for roads, bridges, broadband and other projects could go.

But those in Washington aren’t the only ones involved in the negotiations: Lobbyists live for megabills like this.

It touches multiple sectors of the economy and has the potential to direct billions of dollars to a particular issue or industry.

“We’ve seen about a 36% jump in lobbying clients on infrastructure, from all of 2020 to the first half of 2021,” said Melissa Holzberg, who tracks money and politics at the nonprofit OpenSecrets.

And that was even before there was a bill. That was mostly big players like the U.S. Chamber of Commerce and the National Association of Manufacturers.

Now that there is a bill, smaller groups want a piece of the pie, too. The digital advocacy group Fight for the Future is trying to change language affecting cryptocurrency.

The group has been facilitating calls between its supporters and senators, said Executive Director Sarah Roth-Gaudette.

“And tons of people started calling. At one point, we were getting 500 calls every half an hour,” she said. “At the moment, we’re seeing close to 9,000 completed calls, and the numbers just continuing to go up.”

But it is a 2,700-page bill, and hundreds of groups are trying to make tweaks at the same time.

Kevin Mills is with Rails-to-Trails Conservancy, which advocates for better walking, hiking and biking trails.

“So we’re certainly doing all we can to make sure that what the Senate decides in the immediate debate is favorable to these issues.”

His group is pushing for more funding for trails. But if that doesn’t happen, “we don’t really fold up our tent and go home. We look at what the next possible steps are,” Mills said.

Including the potential for a reconciliation bill.