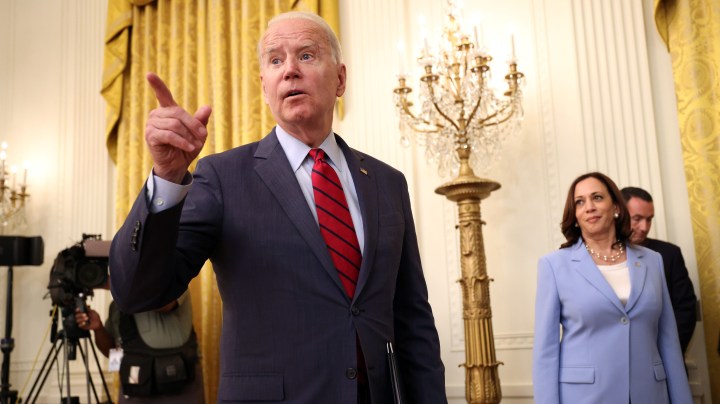 COPY
On July 1, President Joe Biden will lose the trade promotion authority, a power that has come and gone for presidents. Kevin Dietsch via Getty Images

On July 1, President Joe Biden will lose the trade promotion authority, a power that has come and gone for presidents. Kevin Dietsch via Getty Images
Listen Now

President Joe Biden will lose what’s called the trade promotion authority on Thursday. And he’s not putting up a fight about it.

The TPA is the ability to negotiate a trade deal and submit it to Congress without risk of Congress rewriting it. Most recently granted in 2015, it’s a power that has come and gone in U.S. history.

Picture it: 1828, John Quincy Adams is president, and Congress passes something called the Tariff of Abominations.

“It wasn’t formally named that, but that’s the moniker it was given after it was passed,” said Doug Irwin, a professor of economics at Dartmouth College.

Congress was fighting over whether tariffs should be high or low.

“The opponents of the high tariffs kept adding to the tariffs in hopes it would become so bad that other members of Congress would vote it down, but instead other members said, ‘Hey, this is actually pretty good,’ so that’s why they called it an abomination afterward,” he said.

It is an example of how Congress can mess up trade policy. In 1974, as trade deals became more complex, Congress agreed to temporarily give the president authority to negotiate with other countries over trade.

It’s a take it or leave it kind of thing, said Mary Lovely with the Peterson Institute for International Economics.

“Basically means that once an agreement is reached by the president, Congress needs to vote it up or down,” Lovely said.

Antonio Ortiz-Mena of the Albright Stonebridge Group helped negotiate the original North American Free Trade Agreement on the Mexican side.

Too many cooks in the kitchen. Biden is letting that power lapse mostly because the trade deal kitchen is closed. He wants to focus on enforcement of existing trade deals before going through the ordeal of creating new ones.