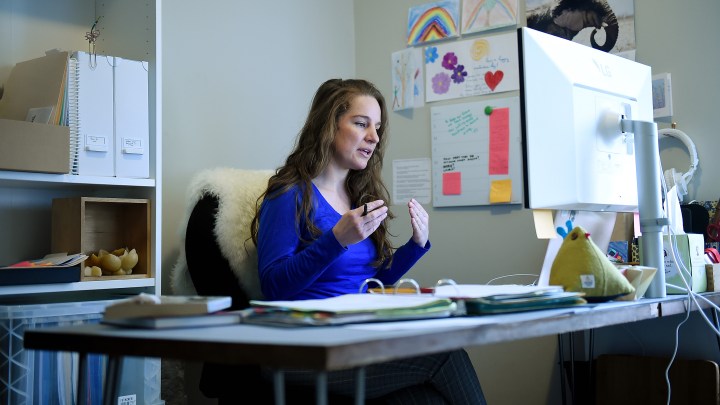 COPY
A group of MIT researchers found that nearly half of those they surveyed are now working from home. Olivier Douliery/AFP via Getty Images
COVID-19

A group of MIT researchers found that nearly half of those they surveyed are now working from home. Olivier Douliery/AFP via Getty Images
Listen Now

Economists are weighing in already with newly-published papers trying to better understand what the COVID-19 pandemic might do — to everything: investment returns, wages, working from home.

The research focuses on the economic history of pandemics. Economists are taking their models, trying to adapt them for additional insights during these times and using things like online surveys and Facebook activity to capture emerging trends.

Pandemics have had powerful economic effects through the ages. What sticks out as these economists survey the past?

One paper from the Federal Reserve Bank of San Francisco looks at the longer run economic consequences of pandemics. These scholars included in their study 15 major pandemics.

The takeaways? The death toll from pandemics: horrible. The economy takes a huge hit, of course.

“But they found that the long run economic results, they are somewhat more mixed,” Marketplace senior economics contributor Chris Farrell told “Marketplace Morning Report” host David Brancaccio. “And the effects, the reverberations, last for about 40 years, on average.”

However, inflation-adjusted wages gradually increase. There could be a number of reasons behind that, but it’s probably because labor is scarce. That is, people are sick or people have died from disease, and that’s an awful way to squeeze the labor supply so that wages go up.

As far as social media goes and its usefulness as a gauge for what’s happening in real time, MIT researchers took a look at how many people have been able to successfully transition to working from home.

“One of the big divides in society right now is between people who can earn an income by working remotely at home and those who can’t,” Farrell said. “So there’s this MIT online survey, and they looked into teleworking. The survey ran from April 1 to April 5, 25,000 responses.”

“What they found is that of those employed four weeks earlier, more than one-third had converted from commuting to working from home. So if you take it all together, nearly half their survey sample is working from home.”