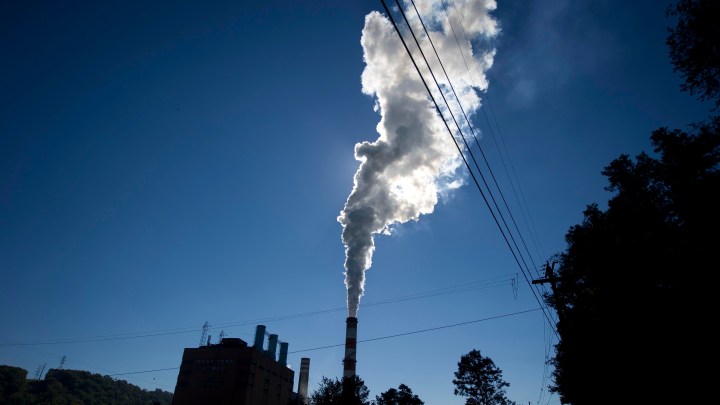 COPY
Several states in the northeast of America have committed to decarbonizing their electricity grids in the next 20 to 30 years. Jeff Swensen/Getty Images

Several states in the northeast of America have committed to decarbonizing their electricity grids in the next 20 to 30 years. Jeff Swensen/Getty Images
Listen Now

Several states in the northeast of America have committed to decarbonizing their electricity grids in the next 20 to 30 years, which will likely be a large — and costly — endeavor.

But a new study from the Massachusetts Institute of Technology shows parts of New England and New York could transition away from carbon technologies with minimal cost by turning to our neighbor in the north: Quebec, Canada.

To help us understand this, we spoke with John Parsons, one of the co-authors of the study. He is a senior lecturer at MIT’s Sloan School of Management and co-director of its CANES Low Carbon Energy Center. Below is an edited transcript of the conversation.

David Brancaccio: Quebec, Canada, has a big old system of hydroelectric dams and it sends power down to us in the United States. If you made this electricity flow a two-way street, how would that help?

John Parsons: I think what it really helps is looking toward the future, when we try to really reach these decarbonization targets that we’ve set. One of the ways we’ll achieve those targets is with a large amount of wind and solar capacity, but the wind and solar resources fluctuate. We have to find a way to manage this fluctuation of power in New England and New York, and one way to manage that is to trade with Quebec and use their hydrocapacity as a kind of battery. In the hours when our solar and wind generation is plentiful, we can ship some power up to Quebec and they can use our power and let their reservoirs refill. And in the hours when the wind and solar is not very plentiful here down in New England, we can flow even more hydropower down from Quebec.

Brancaccio: OK, so it’s not like the Canadians would use U.S. electricity to power pumps to put more water back in their dams? The Canadians might use it to power whatever they have to power, but they could let the water accumulate in the dams?

Brancaccio: What do you make of the criticism, though — some environmentalists worry that if a scheme like yours were successful, it would take the pressure off of building the actual new, renewable energy resources?

Parsons: Well, the way things are right now, the hydropower that we get from Quebec is a substitute for other types of clean power down here in New England, but we’re trying to look forward, look a little bit beyond the current horizon, and say, “What’s the situation, say, in 2050?” when we expect we’ll have installed a lot more solar and wind. So this is really a way to make that generation from solar and wind useful, and changing the utilization so that we get the most out of what we’ve got in place right now.