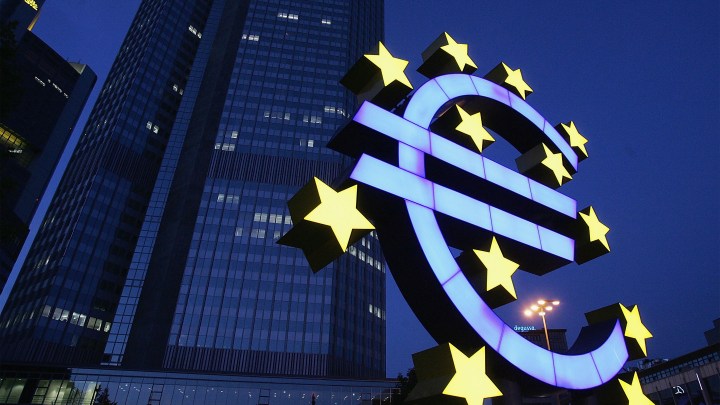 A huge Euro logo is seen in front of the headquarters of the European Central Bank in Frankfurt, Germany. Ralph Orlowski/Getty Images
Listen Now

The European Central Bank is set to make its next interest rate decision Thursday. It will be the last before ECB president Mario Draghi steps down, handing the reins to his successor, former chair of the IMF Christine Lagarde.

Between the U.S. Federal Reserve’s rate announcement next week and the European Central Bank’s announcement today, monetary policy for about half the world economy is in play. While both central banks set interest rates, the way in which they approach it is a bit different.