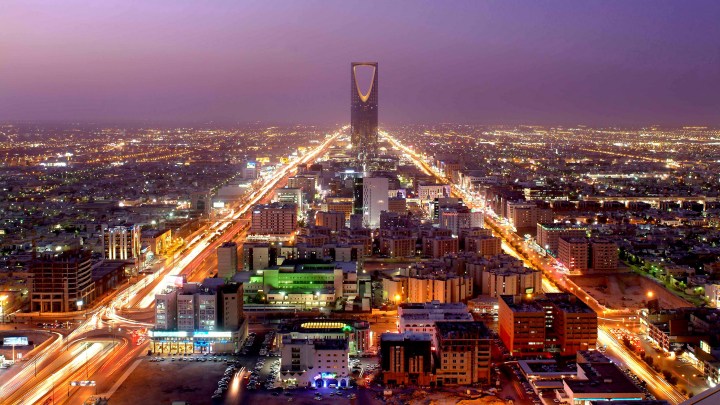 COPY
A view of Riyadh, the Saudi capital, in 2007. Hassan Ammar/AFP/Getty Images

A view of Riyadh, the Saudi capital, in 2007. Hassan Ammar/AFP/Getty Images
Listen Now

Saudi Arabia boasts beautiful mountains, historic archaeological sites and thousands of miles of coast along the Red Sea. Despite its reputation for desert and heat, there is some magic in the kingdom. Now, to lure foreign visitors, the government announced for the first time that it’s offering tourist visas.

The visas will be available to nationals from the United States, China, Russia and European Union member countries.

What could be on offer in the coming years? A planned entertainment resort near Riyadh aspires to offer the world’s tallest, fastest roller coaster and cover twice the area of Orlando’s Disney World.

The Amaala resort along the Red Sea coast plans to offer 2,500 high-end hotel rooms. It’s part of a 13,000-square-mile development project, including 50 islands, a new airport and a new seaport.

“There are mountains, there are places where it actually snows,” said Middle East scholar Karen Young at the American Enterprise Institute. “But along the Red Sea coast it is quite hot. So I don’t think we’d see a lot of beachfront tourism in the summer months.”

There are mountains. There are places where it acutally snows.

But the biggest draw may be the archaeological site Madain Saleh, a Unesco World Heritage site scheduled to open in 2020.

The tourism strategy is part of Saudi Arabia’s longer-term economic plan, known as Vision 2030, to diversify its economy away from oil. An expanded tourism sector would also provide job opportunities to Saudi youth, a demographic that saw a 25% jobless rate in 2018, according to the Federal Reserve Bank of St. Louis.

To promote tourism, the country plans to bring hundreds of billions of dollars in public and private investment for roads, airports and hotels. Some funds would come from sales of shares in the Saudi Aramco national oil company through an initial public offering to global investors.

One challenge for Saudi planners: There is plenty of competition in the Persian Gulf area for seaside and archeology tourists.

Hosting visitors won’t be new to Saudi Arabia. Every year, some 16 million Muslims travel there on the religious pilgrimage to Mecca.

But for future visitors from Russia, Europe, China and North America, there is a risk: that outside values and norms could clash with Saudi Arabia’s conservative Islamic culture. It is a place where women were banned from driving until last year. Alcohol is banned nationwide. Single men and women generally are not seen in public together. Movie theaters were banned for a generation until 2017.

The opening up to visitors risks two types of clashes, said Paul Sullivan, a Mideast and energy scholar at National Defense University. Foreign visitors could find Saudi cultural practices too restrictive. And conservative members of Saudi society could push back if change comes too quickly.

Women walking around in bikinis in Saudi Arabia, I really can’t wrap my head around that one. And I don’t think many conservative Saudis can, either.

“There are certain people in Saudi Arabia who don’t like the changes that are happening now, because they’re happening too quickly,” Sullivan said. “To have women walking around in bikinis on a beach in Saudi Arabia, I really can’t wrap my head around that one. And I don’t think many conservative Saudis can, either, including the women.”