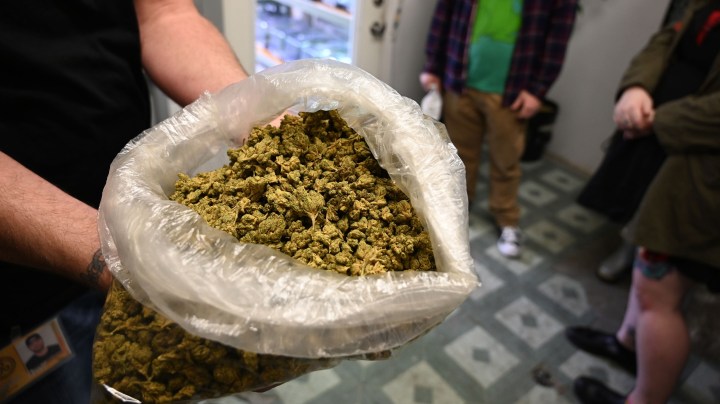 Canada-based Tilray had its U.S. IPO last year on Nasdaq and its stock quickly soared. On Tuesday, Tilray announced its quarterly earnings, reporting a net loss of $0.36/share, compared to a loss of $0.17/share one year ago. The company says revenues continue to grow strongly, but are offset by higher spending on acquisitions, expansion and infrastructure build-out for production and distribution. Another big Canadian cannabis company, Canopy Growth, reports its earnings on Wednesday, and is also expected to report a loss for the quarter.

Dayton said that’s partly because legal and financial regulation of marijuana is in constant flux across local, state or provincial, and national jurisdictions. “Predicting what governments are going to do, and how they’re going to roll out regulations, is very, very hard,” he said.

Cassandra Farrington, co-founder of Marijuana Business Daily, said the industry has tremendous long-term growth potential. But in the short run, she said, “The fundamentals of the industry remain at a very infant-type stage, while in terms of expectations for the industry, people are forecasting ahead years, and wishing we were already there.”

Farrington said companies are competing hard right now to build market share and name recognition. “If I had a nickel for every time I heard ‘Hey, we’re going to be the Starbucks of cannabis’ — but there is no brand that has really set itself apart.”