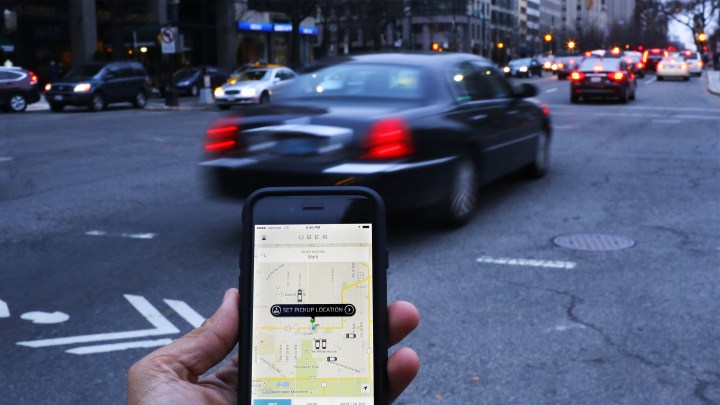 COPY
Some cities are looking to Uber to aid their public transportation. Andrew Caballero-Reynolds/AFP/Getty Images

Some cities are looking to Uber to aid their public transportation. Andrew Caballero-Reynolds/AFP/Getty Images
Listen Now

With an IPO debut later this week and ongoing employee strikes, Uber has been nothing short of newsworthy. The next bit of news about the ride-hailing company includes partnering with cities to improve their public transit systems. Marketplace host Kai Ryssdal talked to CityLab’s Laura Bliss about how the Canadian town of Innisfil has “Uberized” its public transportation system. For Innisfil, though, it worked too well — the town’s subsidy was growing, and rates were raised by a dollar. And more worrisome “to the people who have started to rely on it super regularly for getting to work and school is that the city implemented a 30 trip-per-month cap,” Bliss said.