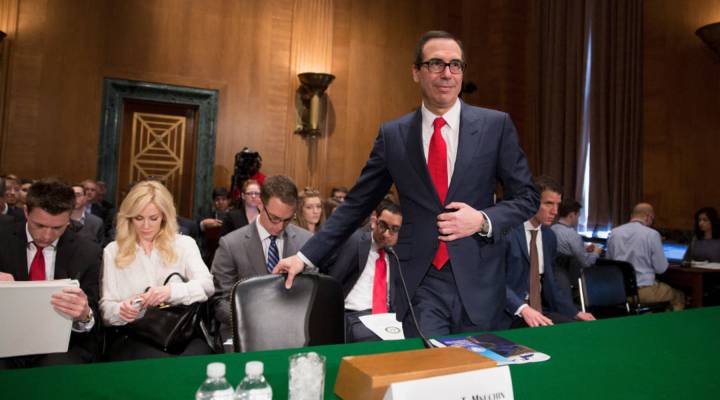 When Treasury Secretary Steven Mnuchin testified in front of the Senate Banking Committee on Thursday, he discussed economic growth, and the Trump administration’s goal of achieving 3 percent gross domestic product or higher using a combination of “historic reforms” to taxes and regulation.

The administration has made no secret of its desire to cut regulations, but while many politicians and economists espouse the idea, there’s wider disagreement over how much growth such moves can generate.

Patrick McLaughlin, the director of the Program for Economic Research on Regulation at the conservative Mercatus Center and co-author of “The Impact of Federal Regulation on the 50 States,” says the increase in regulations has had an impact.

But, like so much here in Washington, there’s a partisan divide on the issue.

“As a blanket statement, the idea that deregulation helps growth — I think that’s just totally false,” said Josh Bivens, director of research at the left-leaning Economic Policy Institute. “There is no consensus about the generalized impact of deregulation on growth, because regulations are incredibly, you know, heterogeneous group of stuff.”

Regulations cover every sector of the economy in which the government plays a role, anything from safety requirements for baby strollers to how many forms a business has to fill out to add another widget to the assembly line.

“I don’t think there’s anyone [who] thinks every regulation on the books right now makes sense,” said Marc Goldwein, a senior policy director at the Committee for a Responsible Federal Budget. “Policymakers should do whatever they can to reverse our sluggish growth, but they shouldn’t expect, and certainly shouldn’t be promising, three or four percent growth. The precedent for achieving that just isn’t very high.”

The Committee for a Responsible Federal Budget also released a paper Thursday digging into detail about just how much growth the U.S. can expect and the potential role of regulations.