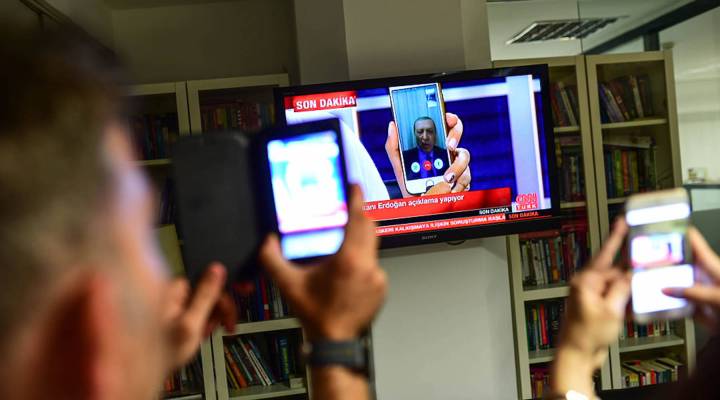 It seems like most every time there’s serious political unrest somewhere in the world social media plays a central role.

That certainly happened last week with the failed coup against President Recep Tayyip Erdogan in Turkey.

When Twitter and Facebook were slowed down during the coup attempt, Eva Galperin with the Electronic Frontier Foundation said social media updates from those sources kept coming.

“These kinds of blocks are so common in Turkey, almost everybody who uses the internet is extremely familiar with how to circumvent internet censorship,” she said.

Ironically said Galperin, the same guy who relies on censorship – President Erdogan – tweeted and spoke to the nation on FaceTime during to save his Administration.

“Erdogan is so afraid of social media because he has some understanding of its power.”

Authoritarian regimes like China, Russia, Iraq, Thailand, Ethiopia and Uganda all look to control this increasingly mainstream form of media. Some software vendors have help such countries monitor and censor online information channels.

Deji Olukotun with the digital advocacy rights organization Access Now said it seems to be a brisk business, but the firms don’t boast about developing these tools.

“The contracts are not transparent,” he said. “We do know [the software] can be used and have been used to target dissidents and human rights defenders and journalists and put them in jail.”

It’s unclear how big this industry is, but it is clear it’s importance is growing. If you run an authoritarian government, controlling radio, television and newspapers is no longer enough.

“You know this is no different than any other major historical innovation,” he said. “Over time society is going to have to find a way to balance benefits costs and risks.”