Want to know how difficult it can be to change the name of a college? Talk to Brooks Keel.

“You think changing the name is simple. It’s not simple at all,” said Keel, president of what is now Augusta University in Augusta, Georgia.

All that sounds familiar to Tom Hayes. He teaches marketing at Xavier University in Cincinnati and co-founded higher education marketing firm SimpsonScarborough.

“We worked with a college that just switched its name from a college to a university,” he said. “Which, at the time, every piece of research said this was a great idea. And we got phone calls at our homes from people basically saying, ‘You’ll never work in this town again.’ They were so upset about it.”

Keel said there’s no timetable yet for rolling out everything from a new logo, to updated web domains and athletic jerseys.

But last time around, it cost nearly $4 million just to replace campus signs. In a YouTube Q&A, Keel said it will be worth the expense again “because people feel more connected with their university.”

He’s expecting disgruntled alumni and other stakeholders to come back into the fold with open wallets now that Augusta is part of the university’s name.

“I think we’re going to see a large uptick in fundraising across the board. We need to take advantage of the opportunities this presents to us, and I think you’re going to see huge support from the community from that perspective,” he said.

Hayes, the higher ed marketing expert, agrees. And he says the Augusta experience will be a cautionary tale for others, as the school will have to live with the aftermath of its earlier multimillion-dollar mistake.

“You can imagine transcripts,” Hayes said. “You know, someone that’s looking for a job, or as they move along in life and they’re looking at the name of your university and that university name doesn’t exist anymore.”

The University of Missouri-Rolla doesn’t exist anymore. Eight years ago, it became the Missouri University of Science and Technology, or S&T for short. Andrew Careaga, the school’s executive director of marketing and communications, admits the new name is a mouthful, but it explains the school’s focus.

Of the several names they tested, he said S&T was most attractive to students.

“So, that kind of sealed the deal for us, when we found out that was a name that appealed to the prospective students that we were interviewing and talking to, we decided to move with Missouri S&T,” Careaga said.

Since the change, he said enrollment is up, there are more out-of-state applicants and more job recruiters are coming to campus.

Soon, it will be Augusta University’s turn to see if a new name tells the best story. 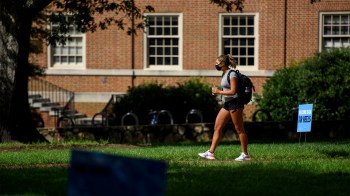 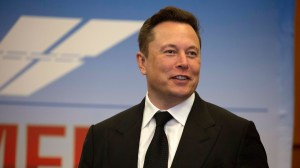