The Toaster Project: Building a toaster from scratch

The Toaster Project: Building a toaster from scratch

Kai Ryssdal: Most of us are actually quite fine not understanding a lot of the technology that we’re surrounded by. We just want to know that it works. Tablet computers, smartphones — whatever.

London-based designer Thomas Thwaites isn’t satisfied with that. So he challenged himself to take something we use every day and try to build it from scratch. He chose a toaster. Not high-tech, but complicated enough. It took him nine months — a saga he chronicles in a book called “The Toaster Project.” And the first thing I had to ask him was: Why?

Ryssdal: And so the first thing you did actually was a little reverse engineering right? You took one apart?

Thwaites: Yeah, I went and bought the cheapest toaster I could find — which was only, like, 4 pounds from the high street. And inside this toaster that had only cost 4 pounds I kind of worked out that it was made of about 400 different bits, you know? It’s when you take the capacitors apart and then the bits inside the capacitors. How can you buy that level of complexity for the price of a drink in a fancy bar in London.

Ryssdal: Six bucks or whatever it is. Here’s the thing though, you said you wanted to build it from scratch. Which, you know, if you’re thinking of, let’s say,baking a cake from scratch, that means you put the eggs in and you put the flour. It doesn’t mean you go out and grow a chicken from scratch, and you don’t do the wheat from the ground up. You went out and you smelted the ore, and you went to the mines and you did all this stuff to build this thing.

Thwaites: Yeah, I must to say I had to compromise along the way because although I could just about manage to extract copper from some kind of polluted water — which I took from a copper mine in Wales; and I just about to managed to get iron out of iron ore — which I’d kind of dragged in a suitcase back from this iron mine; when it came to sort of plastic, you know…

Ryssdal: Oh, that was my favorite part: You calling BP to try to get some crude oil. Tell us. I mean, that’s a great part of this book.

Thwaites: So I kind of remember from, like, my high school sort of science class that, you know, plastic comes from oil. So I wanted to go to the source of oil. So I phoned up BP and spent about half an hour in the PR office of BP trying to convince him that it would be fantastic PR if BP, you know would fly me to an oil rig and let me have a jug of oil to then make plastic for my toaster. I kind of think that they may have entertained the idea for about 10 seconds. Yeah, in the end they said if I wanted an oil tanker full it would be easier for them to help me.

Ryssdal: Can I ask you, have you ever actually toasted a piece of bread in this thing?

Thwaites: I… did try. I was under immense social pressure to plug it in at a kind of event. And so I’d never been able to make any insulation for the wires so I was really nervous. I was wearing rubber shoes.

Thwaites: And then switched it on and for the briefest moments it was toasting. The element was glowing bright red. But then like a supernova, the element sort of got too hot and melted itself. And then the bread… yeah, it was warm.

Ryssdal: Thomas Thwaites. His book is called “The Toaster Project: Or a Heroic Attempt to Build a Simple Electric Appliance from Scratch.” Thomas, thanks a lot.

Ryssdal: We’ve got a slideshow above of Thomas building this thing. It’s something, I’ll tell you. Looks nothing at all like a toaster, by the way. 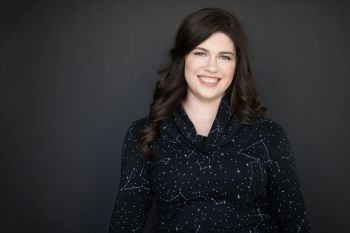