Season 4 | Episode 3
May 27, 2020
Support The Uncertain Hour
ABOUT THIS SHOW ABOUT SHOW 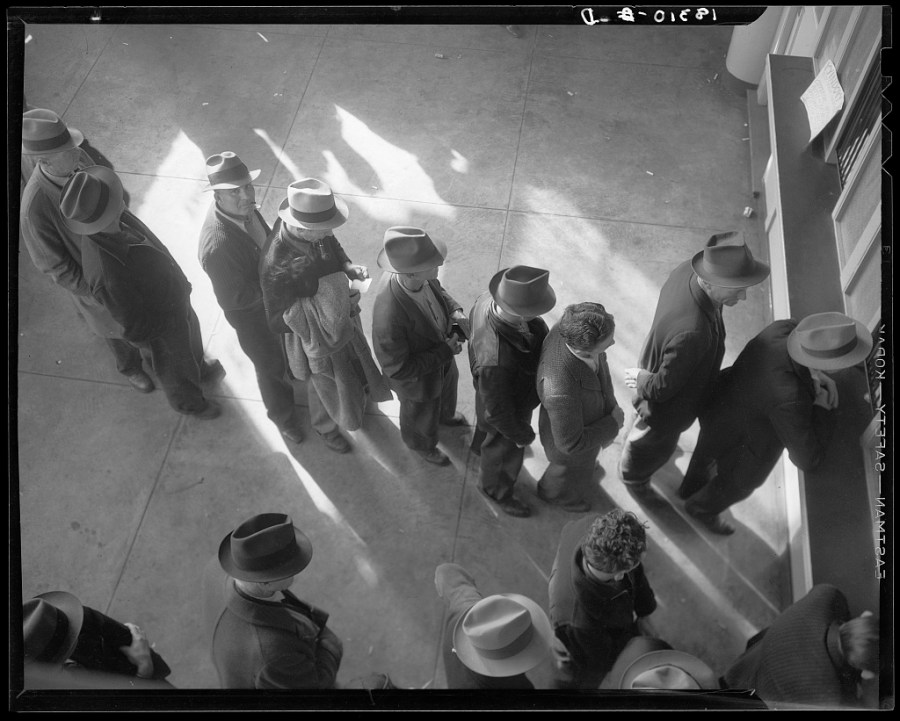 ![Some of the first recipients wait to receive benefits at the division office of the State Employment Service in San Francisco, California, 1938. Library of Congress

The program dates back to the Great Depression, and even then it wasn’t meant to cover everyone.
Listen Now

![Some of the first recipients wait to receive benefits at the division office of the State Employment Service in San Francisco, California, 1938. Library of Congress
The program dates back to the Great Depression, and even then it wasn’t meant to cover everyone.
get the podcast
get the podcast

An unprecedented number of Americans are receiving unemployment benefits during the pandemic, but there are millions who are out of work and still haven’t received a cent.

Two-thirds of people who applied for unemployment benefits during the crisis said the process was “difficult” and a third said they weren’t able to get any benefits at all, according to the most recent Marketplace-Edison Research Poll.

Much of that is because states’ insurance systems are overwhelmed right now by the sheer volume of applications. But even in normal times, there are millions of people who are out of work and don’t qualify for unemployment benefits. That’s by design.

The United States’ unemployment insurance system wasn’t intended to cover everyone who’s not working. There’s a long-running debate among U.S. policymakers over which jobless Americans deserve assistance or even count as “unemployed.”

The government first started tracking unemployment during the Great Depression, defining “unemployed” as the state of not having a job but “actively” looking for a job. People who aren’t working — and aren’t actively applying for jobs — are considered “out of the labor force.”

Howard University economics professor Bill Spriggs said that meant many black people, as well as poorer workers and women, were rendered ineligible for unemployment if they lost their jobs.

Those workers were eventually brought into the fold, but the policy had a lasting legacy. A generation of domestic and farm workers, unsupported by the social safety net their peers enjoyed, faced more challenges weathering hard times, building wealth and climbing the economic ladder.

In recent decades, state eligibility rules still keep many out-of-work Americans off the unemployment rolls. Applicants typically have to prove they’re actively looking for work and that their employment history is stable. And many have been excluded from receiving benefits simply because they didn’t earn enough money to qualify.

“People who are in a precarious position have the least access” to unemployment benefits, said Alice O’Connor, a historian at the University of California, Santa Barbara. “That’s the way our system works.”

At least, that’s the case in normal times. The relief package Congress passed in March extended unemployment insurance to many people who wouldn’t have qualified under normal circumstances — including part-time workers, gig workers and independent contractors.

Still, that expansion is only temporary.

Caught in the unemployment benefits gap 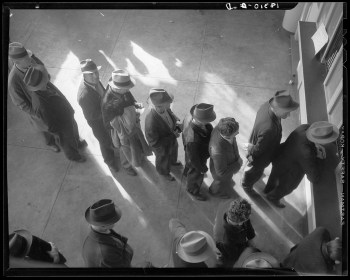 Barred from benefits (from The Uncertain Hour)

The end of pandemic unemployment benefits

As pandemic benefits end, unemployment for Black workers is on the rise