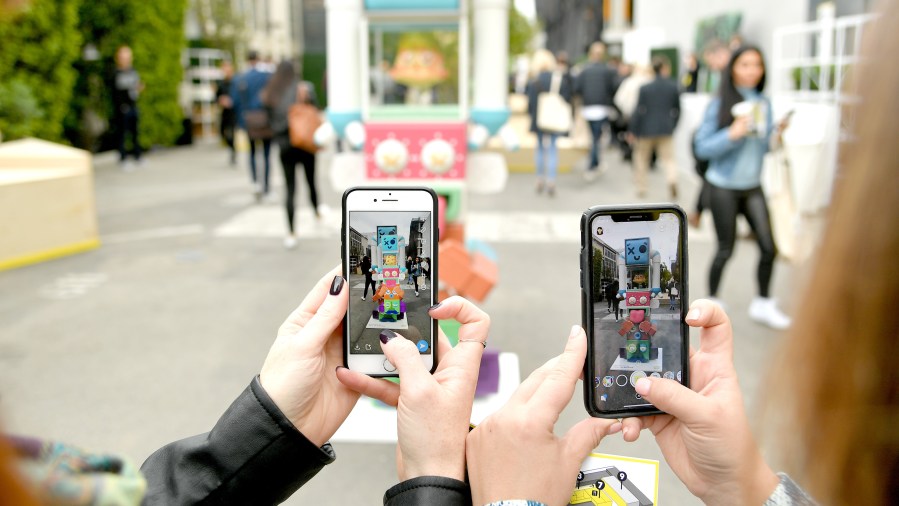 Our apps and phones are designed to keep us hooked with endless scrolling and autoplay.
Listen Now

Attendees at the Snap Partner Summit enjoy augmented reality experiences for Snapchat in April in West Hollywood, California. (Photo by Neilson Barnard/Getty Images for Snap Inc.)
Our apps and phones are designed to keep us hooked with endless scrolling and autoplay.
get the podcast
get the podcast

On Fridays, our “Quality Assurance” segment takes a deeper look into a big tech story. This week: a proposed ban on addictive tech features.

Sen. Josh Hawley, a Republican from Missouri, introduced a bill this week that would ban features that are supposed to keep us using tech for longer periods of time, like endless scrolling, autoplay videos and techniques like the Snapstreak in Snapchat, which rewards you publicly for interacting with a friend on the app for a lot of days in a row. Subtle, right?

Host Molly Wood spoke with Adam Alter, professor of marketing at New York University, who wrote the 2018 book “Irresistible: The Rise of Addictive Technology and the Business of Keeping Us Hooked.” He said the apps want us to keep coming back, but before we ban the features, we need to know the harm. The following is an edited transcript of their conversation.

Adam Alter: To me the best regulation right now is regulation that says, “We should devote money, time, attention, resources to understanding the problem better.” I think there’s a lot of strong suggestive evidence to push us towards being concerned. The strongest evidence is that teenage girls, much more so than boys and much more so than people of other ages, experienced more bullying and more negative psychological consequences the more time they spend on screens. That’s the one result that seems to me robust. Beyond that it’s hard to know exactly what the effects are.

Molly Wood: There are still plenty of people on Twitter, ironically, and elsewhere who are saying, “The solution to this is easy. Just put down your phone and go outside,” or “Be a better parent and take the screen away from your child.” Is that reasonable?

There is really an army of people who are doing everything they can … to ensure that we spend every spare minute on our phones.

Alter: I don’t think it’s wrong to say that we all have some role to play as individual consumers. But there is really an army of people who are doing everything they can with considerable resources, with access to huge amounts of data, to ensure that we spend every spare minute on our phones. It’s not really a fair fight. So I think it’s right to say that we all bear personal responsibility to some extent. But that doesn’t absolve the tech companies themselves of the need to change some of their practices, which are just designed to mine every minute of our attention rather than to introduce some form of well-being into our lives or at least to preserve our well-being.

Wood: We have seen some of that well-being conversation begin in these companies. For example, Sen. Josh Hawley introduced this legislation. Some of the remedies that it suggests are already happening. Instagram now has “you’re all caught up” as a stopping point; there’s screen time tracking in Android and iOS. Are companies starting to get the message that people don’t want their devices to hog their attention or their children’s attention all the time?

Alter: I think companies are starting to make changes. I think they’re doing the very bare minimum they need to do to be able to convince people that they care about our well-being. I’m not totally convinced that they do. And that’s just because they’re part of a model that tries to make as much money as possible and that requires capturing our attention. So I think what they’re doing is making these really small changes. You mentioned the Instagram “you’re all caught up” message — to me that functions more as a goal post than anything. Most people follow enough other people on Instagram that it ends up becoming a source of compulsion where you feel like you must, every time you check Instagram, get to that goal post.

Wood: I have a 12-year-old, you have a son who’s 3, a daughter who’s 2. What are we supposed to do in the meantime while this conversation and the research is ongoing and the regulation’s being debated? We’re still sort of stuck fighting these battles all the time.

Alter: It’s difficult. I think 12-year-olds are very different from a 2- and 3-year-olds. I have much more control over what my kids experience than you might as the parent of an older child. That’s one of the issues. I think we don’t need to be puritanical about it. I don’t think we need to prevent them from being anywhere near screens, and that’s impossible [anyway] because the whole world revolves around screens now. Their friends will be in front of screens even if you try to prevent them from themselves being in front of them. I think it’s important to consider the content that they’re being exposed to carefully. If you can’t completely limit the number of hours or minutes they spend, at least make sure that what they’re being exposed to is in a sense nutritional.

A lot of people do use [that] metaphor: the idea that just as you need a balanced diet, you need a balanced diet of time, and the way we spend our time is important. So the quality of programming if they’re going to watch TV is important. There’s even a difference between TVs and using iPads and iPhones and watching YouTube, versus watching a half-an-hour-long show. You have much more control over the content on a half-an-hour-long show than you do over 10 videos in a row that are three minutes each. We used to see adults policing how their children behave, and I think that’s important in this domain, but what’s interesting now is a lot of young children watch their parents and feel they’ve sort of lost contact with their own parents. When you interview them, they’ll say things like, “I feel like I can’t connect with my parents because they’re always on their phones.” So I think a lot of this begins in the way parents use their phones in front of their own kids. I think that’s in some senses more important or as important as what they police in their own kids’ behavior.

Hawley’s bill got a chilly response from some tech journalists who said Hawley is trying to micromanage technology and some fellow Republicans who oppose aggressive regulation. But it’s worth noting that the idea of addictive design is a big part of the Time Well Spent movement.

That was a big deal back in 2017, spearheaded by former Google design ethicist Tristan Harris. The entire idea was that the heart of the attention economy is endless scrolling and autoplay and constant notifications. The Time Well Spent movement got the credit for new features from Google, Apple and even Facebook, designed to help monitor time on their apps and products. It basically got everyone to acknowledge that addictive design is a real thing. By last year, Harris acknowledged that these digital well-being fixes weren’t really fixes since the business model, as you heard Adam Alter say, still relies on you being on the device or online.

Last December, Marketing Land did a survey of social media marketers, and most of them said they weren’t considering the idea of Time Well Spent in crafting their marketing messages. Translation: They’re not too worried that you’ve got the self-control to put the phone down.

For the other side of the debate, I also included a link to an episode of the “TED Radio Hour” from earlier this month. It’s about a behavioral designer, Nir Eyal, who basically said all design is manipulating you and grabbing your attention. That’s his whole job — to advise tech companies on engaging design. But, he said, we can still choose to unplug, that ultimately, we are in charge of our own behavior, and right now we’re just figuring out if tech is more like tobacco, which addicted us and had a measurable harm, or if it’s like being obsessed with football, which is somehow considered a better habit, he said, than Candy Crush. 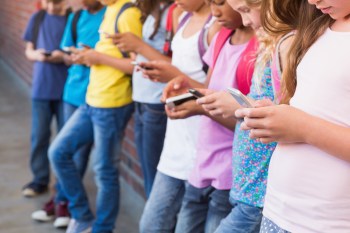