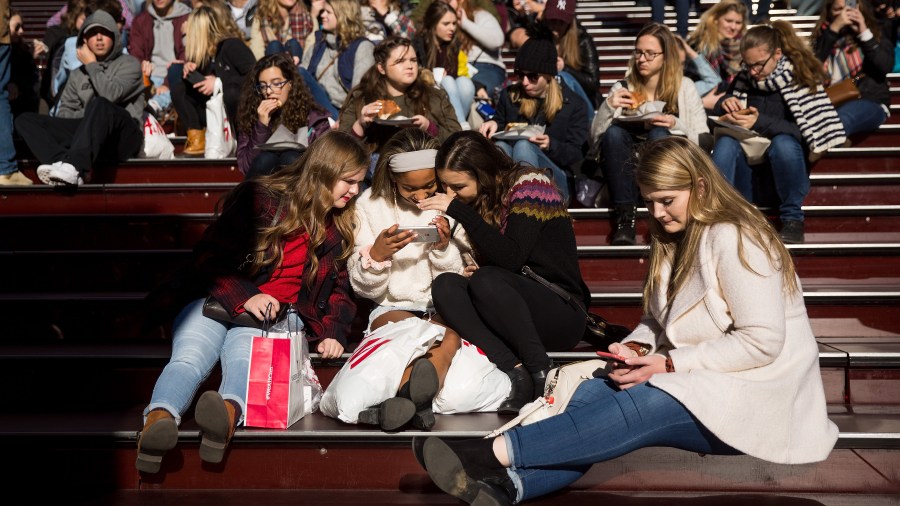 A psychology professor weighs in on how screens might benefit teens.
Listen Now

It feels like we’re constantly bombarded with news stories about how screens and technology are destroying our kids’ mental health. Turns out, though, when it comes to adolescents, those negative impacts of screen time may be overblown.

“Marketplace’s” Jed Kim spoke with Michaeline Jensen, who’s an assistant professor of psychology at the University of North Carolina at Greensboro. She led a team that did a longitudinal study, following up with a group of students over a couple of years, asking how they’re using tech and how they’re feeling. Then they collected more than 13,000 observations on hundreds of those kids, and the results were different from a lot of the familiar headlines when it comes to kids and screens. The following is an edited transcript of Kim’s and Jensen’s conversation.

Michaeline Jensen: I would say I was a bit surprised. But our findings are quite consistent with an emerging body of literature, which suggests that these correlations that have been observed between technology and mental health are quite small. Those small effect sizes perhaps were gleaned from the earlier studies, when not all teens were using technology to the same degree. In today’s day and age, where most teens are digitally connected, it looks like it’s more normal for teens to have a lot of engagement online, and that perhaps it’s not linked with negative mental health outcomes.

Jed Kim: And there are also some definite positives associated with screens and time spent online.

Teens who are most needing support go online to get it in the form of social support.

Jensen: The broader literature has recently suggested that teens who are most needing support go online to get it in the form of social support or maybe searching for information about their mental health difficulties. And, in our study, one of the few significant findings that did emerge was that those teenagers who were the heaviest text messengers, who spent the most time messaging, reported less depression than those teens who were less frequent text messengers. So that might mean that perhaps teens are using these online tools, like text messaging, and that it’s serving as a strength, a source of social support, for instance.

Kim: As parents, we do have some tools to establish parental controls over what our kids are doing and seeing. Is that a good answer, or is that being oversold?

Jensen: This study would suggest that if parental controls are based just on time, like the number of minutes that your kid can watch Netflix in a day, and then it shuts off automatically … I don’t know that that’s going to be our magic bullet for helping kids use technology in a way that is pro-social and aids in their development. If the parental controls were more nuanced and got to the quality of what kids are doing online, maybe. But I don’t know how many of those are at this point. I think my advice for right now, where the technology stands, is that it’s important for parents to talk to their kids, and that doing the legwork is probably a better way of making sure that your kids stay safe using technology in a way that’s helpful, not harmful, to them, rather than relying on a new technology that we’re not quite sure yet how it works.

The Guardian reported Monday on how many U.K. teens are adhering to recommended activity guidelines. There are three: Get at least eight hours of sleep, exercise for at least an hour a day and spend less than two hours looking at screens. What percentage of teens achieve all three? Less than 10%. The exercise one is the real killer. How do American teens fare? I don’t know. I was too afraid to look, especially considering I, myself, fail on each of the goals.

The Independent has a story that’s a fun read, even if I am a little suspicious of its scientific merit. A survey polled 1,000 nursery workers. Most of them believe screens are hurting kids’ creativity. Here are some relevant numbers: Fewer than half of them report that children at their daycares have imaginary friends. Seventy-two percent of nursery workers say imaginary friendship is down from five years ago. I say, who needs imaginary friends anymore? “Hey Siri, let’s go play in the magical forest!” Never mind.

Finally, Healthline has a story that tries to correlate teenagers’ eye problems with increased screen usage. A figure it quoted said 35% of 13- to 16-year-olds needed glasses last year. That’s a 75% increase from 2012. It said kids’ eyes are more susceptible to damage from light. As a possible solution, the article suggested light-blocking filters you can put on your kids’ devices. 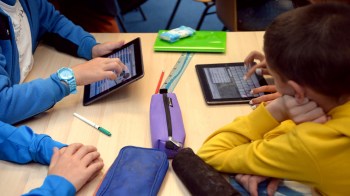 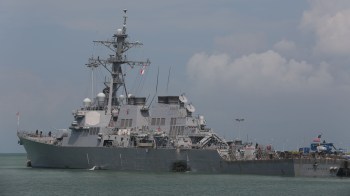 For U.S. Navy destroyers, old controls might be safer than new tech