Stripe, Airbnb and others rode the wake of the 2008 financial crisis. Just saying.
Listen Now

As everyone hunkers down for what is likely to be a long road ahead — in terms of public health and the economy — it seems like this is not a good time to start a business. Venture capitalists are advising startups to hoard cash and prepare for a downturn due to the new coronavirus. Capital probably won’t be flowing as freely as it has been over the past few years.

Still, some venture capitalists say they are open for business. I spoke with Michael Seibel, who leads the Y Combinator accelerator program, which works with new startups to connect them to investors. I asked him if that process looks any different in a recession. The following is an edited transcript of our conversation.

Michael Seibel: When we look in the past, a number of our most successful startups were actually started either right before, during or immediately after the 2008 crisis. These are companies like Airbnb, Stripe, Mixpanel and PagerDuty. What we see they all have in common is that they’re software companies with small teams, and literally all they had to do to get up and running was build their software product, give it to customers and iterate and make it better. We believe that companies that look like that right now will have a large advantage in getting some initial users, getting their product out to the world, and be ready for when the economy comes back.

Molly Wood: It is, nevertheless, a risky thing to start a business. We hear about founders living on the couch, maxing out their credit cards, tapping their friends and family. What would you advise a founder?

Seibel: I completely agree. Starting a startup is not for everyone. I think sometimes they’re actually romanticized a little too much, and people don’t talk about the low chances of success. I don’t want to be someone who is romanticizing this life. It’s extremely hard, it’s extremely stressful and it has a low percentage chance of success. Right now, my best advice is to make sure that you’re working in something that is not capital intensive. If you’re building a software startup, and you can write code or your co-founders can write code, you probably have the tools you need to get the first version of your product up. I think startups that put themselves into that position have a huge advantage right now.

Wood: You sound really confident. Are you the only person in America right now who’s not that stressed about this?

Seibel: I’m certainly stressed about coronavirus, don’t get me wrong. I think that is an extremely important challenge that everyone — from the federal government down to the individual — has to step up and take seriously. In terms of the economy, I was a founder during 2008, and certainly it was rough, but startups operate during good economic times and during bad economic times. I think that is a great model for what could happen over the next four years.

We are not going to talk about venture capital and startups without SoftBank showing up here somewhere — and WeWork as well. On Tuesday, reports said SoftBank was looking for ways out of having to buy $3 billion worth of WeWork shares as part of a bailout package that was worked out last fall. According to the Wall Street Journal, SoftBank hadn’t officially backed out of the deal, but was suggesting that because of regulatory probes into the incredible sketchiness of all things WeWork, it might have an easy out from that bailout contract. Although, SoftBank would still go ahead with issuing $5 billion in debt to WeWork. Most notably, that stock deal was going to let former WeWork CEO Adam Neumann sell up to $970 million worth of his shares. So if it doesn’t happen, I’m guessing not that many people will be sad.

Big news Wednesday that the New York Stock Exchange will temporarily close its legendary trading floor and move to all electronic trading starting March 23 after someone in the stock exchange tested positive for coronavirus. I thought we already did have all electronic trading, but we’ll follow the tech on that next week.

When you work from home, you need stuff like monitors, charging cables and laptops. The Wall Street Journal also reports that demand has spiked, and some retailers are out of computers, tablets, docking stations and monitors. Even though that sounds like good news for makers of those products, supply chain problems mean they might not be able to fill all the new orders.

As it happens, Apple announced a new laptop model and a new iPad Pro on Wednesday. The iPad Pro now supports a keyboard that includes a track pad. But — unclear if it’s related to supply chain issues or not — that cool keyboard won’t be available until May.

First, a tip. We’re hearing that Zoom is apparently starting to have some hiccups during this time of extremely increased usage, and apparently dialing the toll-free numbers can help. Also, CNN had a cute roundup of people’s clever setups. You can use an ironing board as a standing desk, which is genius.

On Twitter, my friend and former colleague Lindsey Turrentine says do make sure you’re responding to messages in the correct Slack channel, because we have all done that. Kristen Mei Chase says do get a lock on the office door in case you’re on a conference call and your kids come running in without pants on. I would add: or anyone in the house, really.

Don’t orient your camera in a video call so that your bed is visible. It makes people feel weird because you’re at work. I know some folks are working from studios, but if at all possible put up a fun Zoom background instead. Don’t eat cereal on camera.

Finally, do mute your mics if you’re not talking. I’m going to keep saying it until everyone starts doing it.

11/10/2017: How to get venture capital into the hands of minority startups 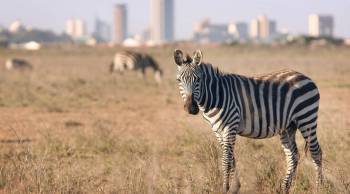 11/14/2017: Should tech investors be chasing zebras instead of unicorns?