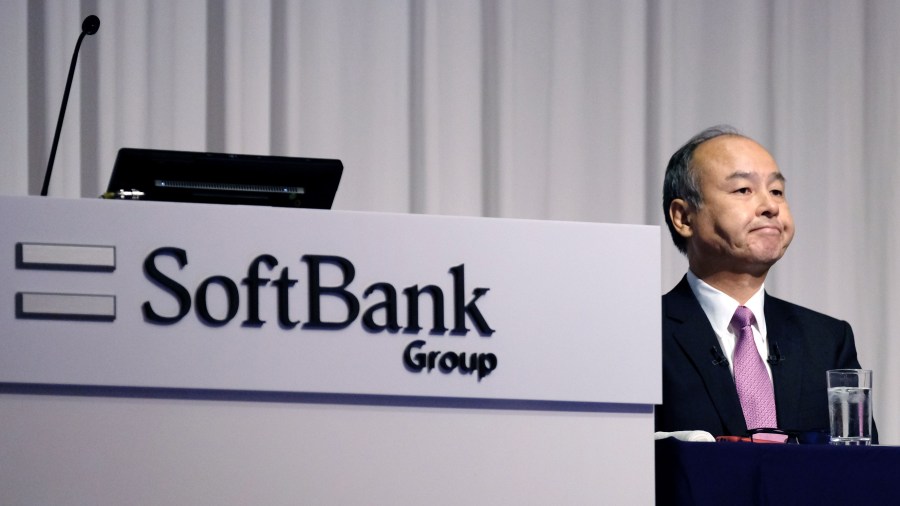 WeWork and other SoftBank-backed startups stumbled. Now what?
Listen Now

SoftBank’s $100 billion Vision Fund started pumping a lot of money into the tech startup scene around 2018, but it has lost billions in recent months after the WeWork IPO disaster, disappointing returns from Uber and other SoftBank-backed companies announcing layoffs or shut downs.

Now, SoftBank Group is apparently putting in billions of its own money to try to keep Vision Fund Two going. I spoke with Paul Kedrosky from SK Ventures about what I called a “burble” in the startup economy. The following is an edited transcript of our conversation.

Paul Kedrosky: There’s definitely a burble going on, and it’s a pretty big one because there’s this general sense that the things that are venture investable are changing, and the things that are becoming less investable are the things that need a lot of money — shared scooters, shared workspaces. The things that got by on the idea “We’re going to build up a lot of scale quickly, and then sort it out later, whether it’s in the public markets or elsewhere” are becoming difficult, if not impossible to fund. Then there’s separate issues with respect to this company you may have heard of called SoftBank, whose problems are also rippling through at the same time.

Molly Wood: We do occasionally talk about this company, SoftBank. It was this 800-pound gorilla that came in and, you could argue, distorted venture capital. What is the feeling now that everybody’s realized, “Hey, maybe they’re actually not very good at this”?

Kedrosky: I always analogize it to the tooth fairy. If you were nice, and you were good, and you left the tooth under your pillow, somehow money just showed up. SoftBank [is] like the tooth fairy of venture capital, where if all of these mean VCs were showing up and saying, “I want you to do X and Y and Z,” entrepreneurs could say things like, “You know what, if I just leave my business plan under the pillow, money will show up from SoftBank.” That tends to lead to some pretty bizarre behaviors, because suddenly there is this thing backstopping an awful lot of the market, which isn’t very healthy in a risk market, because it’s supposed to be risky. There’s not supposed to be a tooth fairy.

Wood: It seems like another double whammy, too. SoftBank invested loudly in some of those sharing-type companies, the platform companies and the ones that really didn’t perform very well. Is that part of why that category is tainted, because maybe SoftBank overemphasized the growth and profit thing?

Kedrosky: Absolutely. When you find yourself thinking, or you see competitors thinking, “Hey, that looks like a really good investment,” and you ask them why, they say, “Well, they can take a check. I could write them a check for $50 million.” When you start thinking about venture in check-size terms rather than “Hey, that’s a great company” terms, you’ve got problems. SoftBank, because of the size of its funds, was forced to think in check-size terms. The types of companies that need large checks are the companies like these sharing companies.

Wood: Is there still, though, a giant pool of money? Venture firms raised bigger funds to try to compete with SoftBank. There is still SoftBank money. How long is it going to take for this to play out?

Kedrosky: There’s still a great pool of money out there. All we come back to is some semblance of, I’ll say, approximate normalcy. From the standpoint of the average entrepreneur with an interesting idea, it’s probably still as fundable as ever. What’s less fundable than ever is the things that require large checks, and we all just hope one day that it sorts itself out. It’s actually only contracted back to normalcy, and that’s about it.

An activist hedge fund called Elliott Management recently took a $2.5 billion stake in SoftBank to try to push for change, but there’s no accounting for bad taste in investing, perhaps.

Bloomberg had an incredible account last week of SoftBank’s $375 million investment in Zume, a business in which robots would make pizza and then cook the pizzas while they were out for delivery. You’d always get a nice, hot, yummy pizza because robots are awesome at making pizza.

One thing to know about SoftBank’s Vision Fund is that CEO Masayoshi Son was pretty much always personally involved in deciding whether to invest. The Bloomberg story tells this crazy tale of Masa-Son climbing into this robot pizza truck and basically deciding to invest on the spot, then the rapid decline of the company that followed. In January, Zume laid off more than half its employees and said it would pivot away from pizzas and robots completely. It’s a corker of a story. Muscle car racing is involved. I highly encourage you to read it.

It has been a busy tech week already, so here’s what else we’re also watching:

In coronavirus: You heard that Apple reduced its quarterly guidance because so many of its factories in China are still closed. Apparently in South Korea, Samsung is going to try out a smartphone delivery service so people can check out its phones at home without having to go to a store and risk infection. Same with repairs.

In climate: Jeff Bezos announced a $10 billion philanthropic fund to support climate work. He announced it on Instagram, leading many of us to think about how hard it is to give a news outlet a scoop like that when you own the Washington Post. We’ll talk more about how the move might impact climate tech investment later this week or early next.

Patreon is getting into the neo-banking game, a little bit. The platform for letting people fund creators will now give those creators microloans against their future pledges.

Ring is now requiring two-factor authentication so people can’t easily log in to the stream of video coming from your house. More importantly, it will limit how much data it shares with third parties.

Finally, today, we are watching the Justice Department’s public workshop on Section 230 — the liability protection for tech companies. It’s called “Section 230 — Nurturing Innovation or Fostering Unaccountability.” More on that coming this week as well.

Let me know what you think about our new segment and anything else that’s on your mind at mptech@marketplace.org.