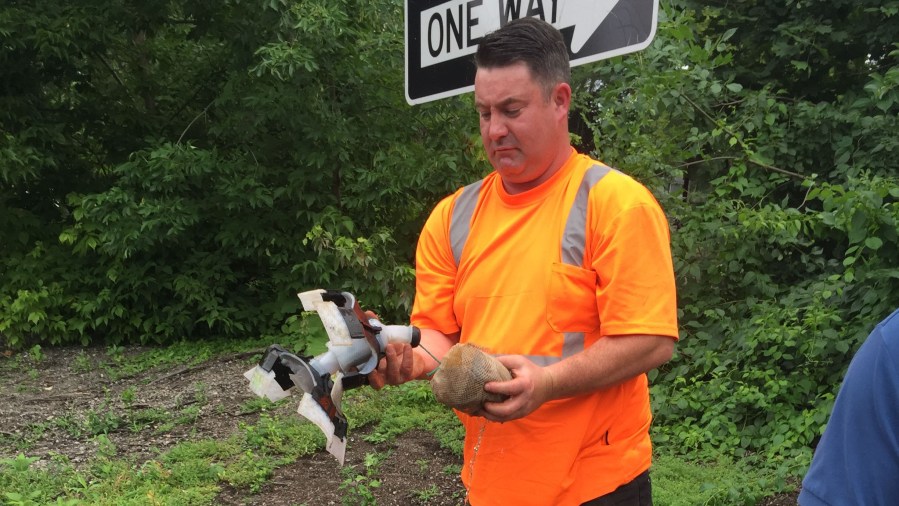 A utility worker retrieves Scout, a leak-seeking robot, after it emerges from an open fire hydrant. (Photo courtesy of WatchTower)

A utility worker retrieves Scout, a leak-seeking robot, after it emerges from an open fire hydrant. (Photo courtesy of WatchTower)
Startups are investing in robots that can help detect pipe leaks and monitor ocean data.
get the podcast
get the podcast

Our “Marketplace Tech” series “How We Survive” explores the ways tech can help adapt to climate change. In this installment, we explore robots created to aid water conservation.

The cost of water is taken for granted by most consumers in the United States. It’s not a major household expense, and most companies don’t worry too much about how much they spend on water, either. So there hasn’t been much financial incentive to develop technology for tracking water and conserving every drop. But scientists expect droughts to get worse and more frequent due to a changing climate, and for oceans to warm and sea levels to rise. All that will grow the market for water-saving tech.

A robot sleuth that swims the city pipes

Pipes that carry drinking water in the U.S. are not doing so great. Many are over a century old, and on average, 1 in every 6 gallons of drinking water trickles out of leaky pipes before it reaches anyone’s tap. And leaky pipes leave arid regions more vulnerable during drought, when it’s more important that every drop of water gets where it’s intended to go.

A big part of the problem is that it’s hard to pinpoint where underground pipes are leaking. But a Boston-based tech startup thinks it can help solve the problem with a leak-seeking robot named Scout.

You Wu invented Scout as a Ph.D. student at MIT. Wu said he had spent four years trying to design a robot that could swim through drinking water pipes and reliably detect leaks. At first it was tough going.

“None of the things we built ever worked,” Wu said. “It was very sad.”

But Wu said a breakthrough finally came in 2015, thanks to a clumsy move at a dance party.

“I accidentally stepped on my partner’s dress,” Wu said. “The lady wasn’t happy, and she instantaneously noticed it.”

Whoops. But Wu said his wayward step was also a “moment of inspiration.” He outfitted Scout with a sensitive type of skirt. As water gets sucked out of the leaks in a pipe, it yanks on the skirts as the robot swims past, similar to Wu’s heel on his dance partner’s dress.

In the final design, Scout got two skirts. It has wound up looking kind of like a couple of foot-wide umbrellas stacked on top of each other.

As Scout plumbs the pipes, it logs its location whenever it feels a tug. That tells utility crews where to dig to replace faulty pipes.

With co-founder Tyler Mantel, Wu began a startup, Watchtower Robotics, in Boston to continue developing the robot. He plans to charge between $1,000 and $2,000 per mile of pipe inspected once Scout is in mass production. Cities could cut costs by surveying only their oldest pipes, which are most likely to leak.

Already, Scout is garnering interest from potential customers, including utilities in water-stressed regions from San Antonio to Saudi Arabia. Wu said his robot is the best available technology for sensing leaks in plastic pipes, more common in certain areas than metal or concrete. And Scout could be especially appealing in dry places where climate change is exacerbating water scarcity.

California is emerging from a record-setting drought, but it’s certainly not the last one. The city loses water to system leaks at a rate of 5% — better than many cities. But Alvin Bautista, an engineering manager for water distribution at the Los Angeles Department of Water and Power, wants to ensure Los Angeles gets more resilient to future dry spells.

“Who’s to say what climate change will bring next year, when we may have potentially very limited snowpack?” he said.

Like many utilities, Los Angeles currently uses microphones to listen for potential pipe leaks. It’s a type of acoustic detection system that listens for the gurgling sound water makes as it trickles through leaks. But Baustista said that technology is not as reliable if there’s a lot of background noise.

“Major boulevards where there’s a whole lot of traffic going on,” said Bautista, “that can be an impediment.”

Los Angeles traffic being what it is (and getting worse by the year) a physical detection system could work better. With the city’s 7,000 miles of water pipes, it would be a significant investment. Bautista said he’ll keep tabs on Scout as Watchtower Robotics continues its development.

A school of swimming drones

The seafaring robots from Aquabotix don’t hunt or fish for anything, but they do mimic sea creatures, moving through open water as a group with a human operator in control.

The robotic drones roam the seas in swarms of up to 100 vehicles. Each one is cylindrical, just under 1 meter long and powered by a small propeller. They’re operated with a console similar to an iPad from the safety of shore or a ship deck.

Company CEO Whitney Million said the robots’ capability to cover a vast area makes them well suited for monitoring the impacts of climate change in the ocean. While most of Aquabotix’s current customers are exploring military applications, Million said the conversations are starting about using this tech for climate change data.

A range of sensors could be built into the robots depending on which climate impact a user wanted to measure. Some of Aquabotix’s drones already have temperature and salinity sensors, which Million said could cheaply monitor melting ice caps and glaciers.

“That would be sort of a sweet spot activity for what we deliver,” she said.

The robots-for-climate industry is still in its infancy. But a growing number of tech firms are aiming to demonstrate that robots could help us build climate intelligence and ease our adjustment to rapidly changing weather patterns. Robots can access, sense and manipulate parts of our planet —from city pipes to the open ocean — that people cannot. So while humans caused a climate crisis, it’s possible that robots can help us adapt.

One technology that’s apparently not helping us adapt to climate change is YouTube. A German researcher published a report last month in the journal Frontiers in Communication that found that most videos on YouTube related to climate change essentially deny climate change. Or at minimum, they go against the scientific consensus that humans have been the primary cause of global warming since the 1950s.

The research said the videos often hijack scientific terms to make themselves seem more legitimate and that in an analysis of some 200 videos found by searching anonymously for climate change, 16 of them denied human involvement in global warming patterns and 91 of them were straight-up conspiracy theories.

And the research found those videos had basically the same number of views as those that actually present the science accurately.

The Guardian did a story about the report and asked YouTube for comment. The company said it has been trying to prioritize credible information and point users away from conspiracy theories.

The German researcher, Joachim Allgaier, said he thought scientists should try to take YouTube more seriously as a platform for information and even try to get to know some big-name creators who can help combat misinformation online. 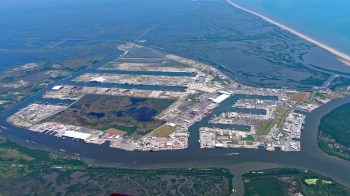 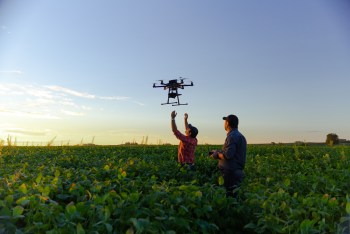 From farm to fork, thanks to … AI and robots?