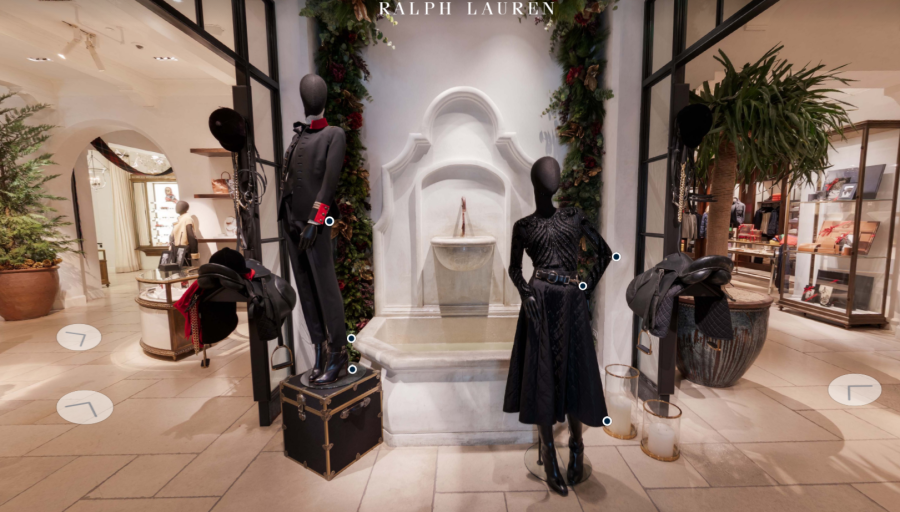 Brands like Ralph Lauren are opening up virtual storefronts that let shoppers explore a flagship store and buy items they see. Michael Lipkin

With the pandemic keeping crowds at home on Black Friday, a digital tour may be the next best thing.
Listen Now

Brands like Ralph Lauren are opening up virtual storefronts that let shoppers explore a flagship store and buy items they see. Michael Lipkin
With the pandemic keeping crowds at home on Black Friday, a digital tour may be the next best thing.
get the podcast
get the podcast

Shopping is a big part of the holiday season: We go downtown or to a packed mall, browse the store windows, smell the chestnuts roasting in the street. The pandemic has obviously changed all this, but some retailers like Gap, Ted Baker, and Ralph Lauren are trying to deliver that experience through our computers.

I just clicked through a virtual tour of Ralph Lauren’s Beverly Hills store. At the entrance, there’s an archway decorated with Christmas garlands and a marble fountain with mannequins posed in front of it. One of them even had a saddle next to him. Yeah, a saddle. Part of the branding, I guess. I tried clicking on it, but I don’t think it was for sale.

I talked about the virtual storefront experience with Joseph Turow, a professor at the University of Pennsylvania and author of the book “The Aisles Have Eyes.” The following is an edited transcript of our conversation.

Joseph Turow: The thing that’s weird about it: one, is that there’s no one else in the store; and two, there’s no salespeople. It’s essentially a store after the rest of the world has been destroyed. And when you click on a particular marker next to the goods, you see the price of the goods, [and] you can actually purchase it.

Marielle Segarra: We’ve seen the companies that make these virtual stores sell themselves during the pandemic as a way to get people “in store,” despite the lockdown. Do you think brands are hoping this will drive sales, or is it just more of a PR move?

Turow: Well, everything they’re hoping will drive sales. I think what it is, is an attempt to use the architecture that they have. The stores are brands [and] the physical architecture says something about a store. The idea that when you walk into a Ralph Lauren store, it’s not Macy’s. That’s the kind of idea they want to depict.

Segarra: You know what I find interesting is that retailers were launching these virtual storefronts even before the pandemic, which to me indicates that they think people will want to use them during normal times. Why do you think shoppers would go to a virtual store if they could go to one in person?

Turow: Because it’s easier sometimes. Because people have gotten used to the idea, the habit, of shopping online. And because those stores want to differentiate themselves from Amazon. If you can actually walk into Ralph Lauren in a way that makes you feel good about what you’re doing, instead of going on to Amazon and just going through a regular, kind of standard catalog, maybe you would find that more interesting.

Segarra: I mean, it occurs to me that stores are not always accessible or comfortable for everyone.

Turow: And don’t forget that if you live in New York or Los Angeles, there are stores for just about every brand. And so what they’re doing is they’re porting the expensive architecture and branding that they created for these flagship stores in big cities, and allowing people all over the country, and even the world, to go into them.

Segarra: You’ve written about how retailers are remarkably good at tracking us in-store — figuring out our preferences, what we might want to buy — using cameras and smartphone apps and GPS. How might the data collection process look different in a virtual storefront?

Turow: Well, the great thing about that, from the standpoint of the retailer is they can actually follow your eyes, particularly if using [VR] goggles. They know what you’re looking at, they know where you’ve gone. It has the counterpart of walking through the store. So they can actually see: Have you passed the shoe aisle? Well, maybe if we give you a virtual coupon, you’ll go back to the shoe aisle. There is that level of lineal activity that they can follow, and they can see what you’re interested in, which is partly possible to do, of course, on a regular website. But in terms of the movement across the store, and maybe the trying-on of things and putting them back and all, that eventually you’ll be able to see in this kind of world, that’s going to be useful for stores to know. Also, where you start — when you go to a website, you pretty well have searched for a particular good, and then you put it down or you purchase it. When you walk into a store, you may wander. If it’s a virtual store, the same thing. And companies will be really interested in how people wander. That’s one of the major issues of creating stores, organizing stores, figuring out how to get people to buy things. Where do you place your goods based upon how people wander?

Segarra: Do you think there’s any additional data a retailer might be able to get if you’re shopping in its virtual store rather than its in-person store?

Turow: Well, as they say, what you look for is one thing. If the voice becomes part of it, for example, if they include virtual sales, people who talk to you, the way customers talk to the virtual salespeople could become another important piece of data. What companies infer from the way you speak and even the literal voice tones that you speak with can tell them things about you.

Joe mentioned that retailers are trying to learn things about you by listening to your voice, like how you’re feeling right now. He said — and this is wild — some call centers use software that, based in part on the tone of your voice, will tell an agent whether to offer you a discount and how much. The software can even monitor you when you’re talking to an automated system and route you to a particular agent if you seem annoyed, or if it seems like you might be open to a sales pitch. And, he said, some researchers believe you can even make educated guesses on a customer’s physical characteristics, like height, weight and age, based on their voice. He just wrote a book on this, which comes out in the spring.

Now, virtual stores aren’t quite that advanced yet, but they are experimenting. Macy’s normally hosts a Christmas village at its flagship stores, with twinkling lights, fake snow and a chance to sit on Santa’s lap. This year, it’s all virtual, which makes it a little harder for the retailer to drive impulse purchases because parents won’t have a kid clinging to their leg going, “Mommy, mommy, look at the Baby Yoda!”

By the way, virtual stores don’t actually have to look like stores. This year, Sam’s Club has its own virtual offering. But instead of wandering through an actual Sam’s Club store, which is essentially a warehouse, you can explore a virtual depiction of the house from “National Lampoon’s Christmas Vacation.” It kind of looks like Christmas threw up on it, with Christmas trees and snowmen and a wreath in every window and the house filled with products from Sam’s Club — even food. I moseyed on in and took a look at the dining room table, where you can toggle between a Thanksgiving meal and a Christmas dinner. If you click on Christmas, they think that you should be having a ribeye roast. There’s a cranberry and almond-topped Brie. If you go back to Thanksgiving, there are the obvious sweet potatoes, dinner rolls, green beans. Most of it you can buy off the website right now. There’s a story from Business of Fashion about the company that made this virtual store and others. It’s called Obsess and is funded in part by a venture fund that includes money from Jeff Bezos.

Walking through the house from “Christmas Vacation” is very different from exploring a ritzy Ralph Lauren flagship store where a cashmere hoodie will cost you $2,200. But what these virtual stores seem to have in common is they’re designed to make you feel something. A lot of us right now would like to escape from this, frankly, bleak moment. And brands are, as always, trying to capitalize on that. It goes back to the whole idea of retail therapy. 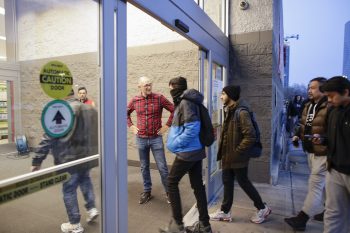 Consumers vs. inflation becomes the biggest fight of the holiday shopping season 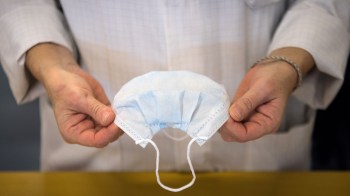 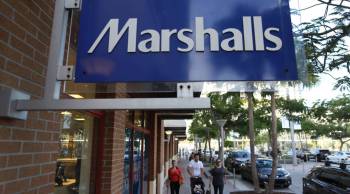 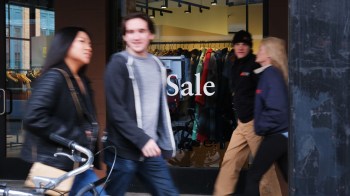 Keep returning stuff for free, and ultimately it will cost us all a lot 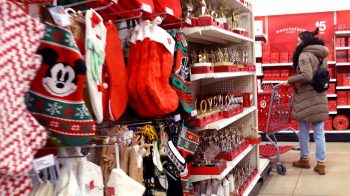 “A microcosm for what’s happening in retail”