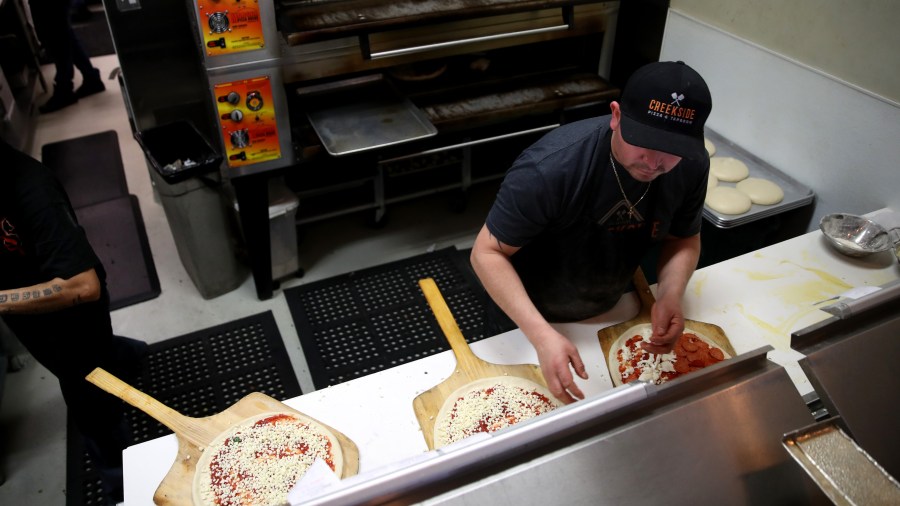 It's predicted that ghost kitchens will be a $1 trillion business globally by 2030.
Listen Now

In the before times, starting a restaurant was a big investment — location, tables, chairs, utensils, branding, marketing and hiring employees. Now, with predictions that 25% of small restaurants could close because of the pandemic, entrepreneurs are finding that all you really need is a kitchen, an online menu and a way to deliver food. Which is usually through a delivery app.

Uber’s plan to buy Postmates for more than $2.5 billion is in part a bet on food delivery in at least the near future. I spoke with Anna Wiener, a contributing writer for the New Yorker covering Silicon Valley. She wrote about all this in a piece called “Our Ghost-Kitchen Future.” The following is an edited transcript of our conversation.

Anna Wiener: They’re all over the country. They’re primarily in cities. They’re in Denver, they’re in Miami, but I should also note that the idea of a delivery-only or takeout-only restaurant is not new. This is something Domino’s has been doing for decades.

Molly Wood: Are these ghost kitchens targeting a wide swath of people, or is it primarily expensive food delivered with a fee attached?

Wiener: A lot of the food that’s being prepared in ghost kitchens is fast food or priced at the same level as slightly more expensive fast food. One of the things that I thought was really interesting when I was researching is that the food is not actually being cooked on site. It’s being prepared. The food comes from US Foods. It’s just this placelessness that pervades the model that I think is interesting and unusual, and it might account for why some of it is less expensive than what you might get from a local restaurant chain that has three dine-in restaurants and then a commissary kitchen to expand the delivery footprint.

Wood: Let’s talk about the economics of delivery because traditionally, that hasn’t been a good business, and as far as we know, still isn’t.

Wiener: It’s an exploitative business model in a lot of ways. When you have a trailer in a parking lot, and maybe two or three people are preparing meals out of that trailer that represent six or seven restaurant brands that don’t actually exist anywhere else in the world, except on the delivery apps and in this parking lot, that is so many fewer employees than six or seven brick-and-mortar restaurants would employ and have on payroll and potentially give health insurance to. You strip away a lot, not just of this sort of community and person interaction dynamics of restaurants, but also, who restaurants are serving on the back end.

Wood: This [has] been a trend that’s been accelerated by the pandemic, and feels in some ways like the future of restaurants, at least in the short term, right?

Wiener: I think that’s right, and I think that that qualification is important — that this feels like a trend that has been accelerated or intensified. Hopefully, there will be an end to this moment or there will be something on the other side. To say, this is our future in the long term, I think is probably a little bit of an overshot.

Wood: California is trying hard to force Uber and Postmates and Lyft to reclassify their workers as employees. Is this bet on ghost kitchens predicated on the idea that there will be a huge labor force that can be classified as independent contractors?

This is probably where we should point out that former Uber CEO Travis Kalanick got into this business with a startup called CloudKitchens a few years ago. He’s been buying inexpensive property in the U.S., India, China and the U.K. and letting chefs and would-be restaurateurs lease space and start delivering food. A Wall Street Journal story from November of 2019 notes that Reef Technology, which Anna Wiener talked about in her piece, is the primary competitor. One has to assume that in some ways Uber Eats and Postmates are also potentially a huge part of Kalanick’s CloudKitchens future, which is all just incestuous and weird.

It’s probably also worth noting that, as we mentioned, the delivery business still isn’t a proven moneymaker, and it relies on an army of contract gig workers who have been rebelling against Uber for years. All these companies are still trying to make sure that California, and potentially other states, don’t force them to classify all those workers as employees, which might turn the whole business model into a ghost.

A Fortune story from last week notes that gig workers are definitely not happy about Uber’s Postmates buy. They said it will make it easier for Uber to suppress worker pay. The Fortune story quotes a gig worker organizer as saying, “It’s like if a large-scale embezzler were allowed to buy a bank.” This story is not yet all the way written, folks. 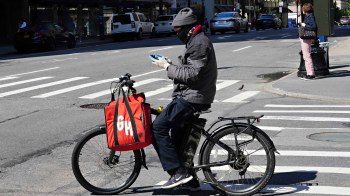 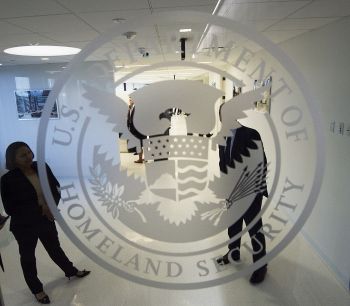 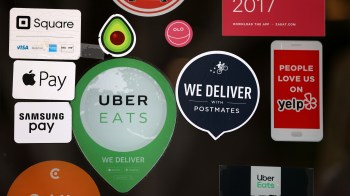 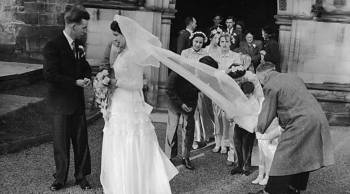