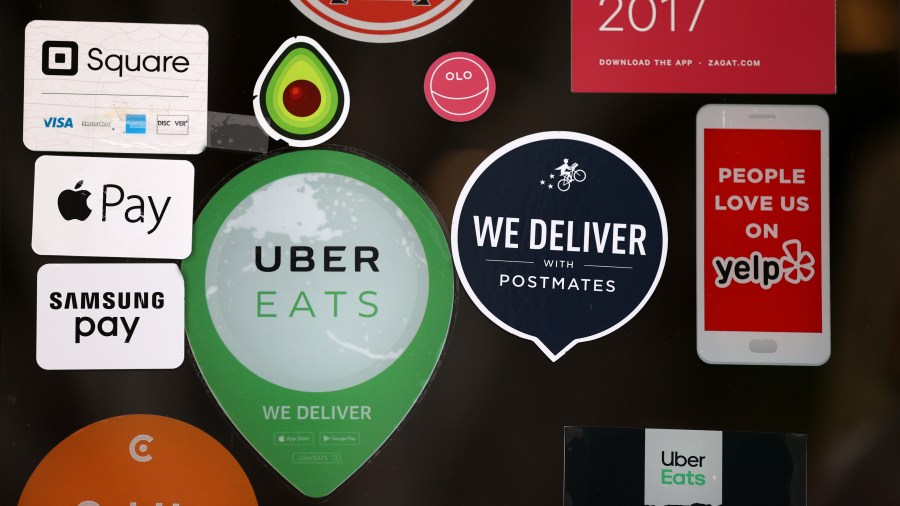 Uber and Postmates drivers will soon grab orders from the same system. There will still be separate apps for consumers.
Listen Now

Uber and Postmates drivers will soon grab orders from the same system. There will still be separate apps for consumers.
get the podcast
get the podcast

We learned this week that Uber saw strong demand for its food delivery service in recent months, despite restaurants reopening.

Late last year, the company bought its competitor Postmates for $2.6 billion dollars. Behind the scenes, Uber has been working to merge the two businesses. It’s been transitioning drivers away from the Postmates corporate app for months, with plans to completely shut it down as soon as next week. The consumer app will stick around.

Alex Susskind, the director of the Food and Beverage Institute at Cornell’s Hotel School, says even though Uber and Postmates are offering essentially the same foods from the same drivers, there’s a reason the brands are separate: consumers. The following is an edited transcript of our conversation.

Alex Susskind: Uber wants them to basically continue to use the app and so, immediately, if they just changed that whole thing, they would have to go back and retrain all those customers. And then, what you’re doing is, you’re taking one brand and you’re converting it into another brand and that’s a heavy lift. You want your guests, or your users, to be comfortable. There could be different user functions that might tap into a slightly different demographic that Postmates is better suited to manage. Again, those are all considerations that they have to figure out before they would make any changes to drastically just eliminate a brand from a platform that’s being heavily used.

McCarty Carino: So it seems like there’s really just an illusion of choice for consumers, maybe not actual choice?

Susskind: That’s fair to say and, in fact, a lot of times you don’t really want to know what’s going on in the back of the house. You just want to see what they have to offer you and take it.

Meghan McCarty Carino: What do you think this says about how competitive the food delivery market is right now?

Susskind: It’s very competitive, and because a lot of restaurants who might have been resistant to engaging with these third-party delivery companies, they had no choice during the pandemic. There’s just a proliferation of demand for these types of things.

McCarty Carino: What are the implications for drivers with this shift?

Susskind: That’s the other issue and the Uber process for hiring and vetting drivers was different to the Postmates process. And there’s been a little bit of pushback among the drivers, because there was a transition period between Postmates and Uber — they had to be basically approved in order to drive for Uber, even though they were already approved for Postmates. And that set a few folks off. There were some folks who were able to drive for Postmates but, based on Uber’s rules they can’t drive for Uber, so they’re out of luck. They have to find another company that will take them with whatever driving record or whatever issue they have on their record that’s preventing Uber from hiring them. So there are other companies that have different hiring guidelines and regulations that are used to manage their hiring process.

McCarty Carino: New York City recently passed a bill that could require these apps to give restaurants access to user data. What do you make of that?

Susskind: One of the biggest problems with third-party entities is that they end up owning the customer, and they end up owning the data of the customers. That’s a big problem for restaurant operators to basically have loyal customers that you don’t have direct access to because they’re always using this third-party intermediary. So, these types of regulations can help mitigate some of those problems for operators, where they will get the benefit of that. And again, we have history to show that a similar thing happened with the online travel agents with the hotel companies, when those started to come around. The hotel companies very quickly learned that these apps like Priceline and Expedia, they actually had more control over their guests and their guests’ data than they did, and they don’t like that. If I was a business operator, I’d want to have as much guest data as possible.

McCarty Carino: We have seen some smaller apps pop up that are maybe a little friendlier to restaurants in terms of the fees that they charge. Do you think this kind of consolidation in the market makes it easier or harder for them?

Susskind: Right, so my view on this is pretty simple. I think there’s space for both, that these larger apps, they have buying power, and they’re really good to capture a large share of the market. But independent restaurants need this and companies will jump in to fill that need, [companies] that have a better fee structure, that’s more consistent with firms that have less capital. These large restaurant conglomerates, they have a lot of capital that they can invest and they can negotiate with Uber. An independent restaurant can’t. They just want an app that’s going to work for them, that’s not going to break their bank, and so there’s an opportunity for these smaller firms to come in and still compete. Unless Uber wants to create another platform that would appeal to these smaller restaurants, or these independent restaurants, and again, provide a service to them at a lower cost or a lower fee because these independent restaurants are often squeezed when you think about how these apps cut into their bottom line.

For many drivers, the switch from Postmates to Uber hasn’t exactly been seamless.

You see what I did there? Seamless!

Buzzfeed has more on the problems former Postmates drivers are having in getting approved to drive for Uber. In some cases it’s because Uber’s background checks take longer and are more likely to flag traffic accidents or violations, sometimes erroneously. Some drivers complained that as the industry shrinks down to a few major players, the appeal of gig work — the flexibility to choose who you work for — is diminishing.

We mentioned some smaller apps that have tried to differentiate themselves by being kinder and gentler to restaurants and drivers. One is a Seattle app called Runner, which was profiled by Eater last year. The app doesn’t charge any commission to restaurants and lets drivers set their own rates That does put more of the cost onto consumers, but the founder told Eater they can at least feel confident they’re financially supporting small restaurants and drivers rather than big third-party apps.

Of course, another way to get at some of these issues is by capping the amount the apps are allowed to charge restaurants, as several cities have done, including New York City. The Wall Street Journal points out that it’s a handful of big liberal-leaning cities leading the way, like New York, San Francisco and LA. But they happen to be the biggest, most important markets for food delivery, so they have an outsize effect on the business. 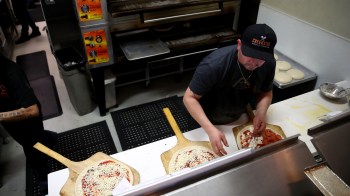