In one state, a video gaming app for kids’ well-being is now covered by Medicaid

As much as parents worry about children and screen time, there’s a growing market of video game-based apps designed to help kids work through their feelings. Now the Medicaid program in Wisconsin will cover the cost of at least one of those apps. We talked to a family in the state who tried it out.

Over the last few years, Emmie Delveaux noticed that her 7-year-old son, Leo, can get easily upset at seemingly small things, and he struggles socially at school.

“He is very frustrated by unplanned schedule changes,” Delveaux said “And sometimes we don’t know — sometimes he’s not able to communicate why he is feeling so frustrated.”

Leo was recently diagnosed with autism. And through a social worker, Delveaux learned about the video gaming app Mightier. It contains more than 20 different games that coach children on navigating their feelings.

“I have to tell you, at first, I was not on board. I feel like kids are looking at screens all day at school,” Delveaux addded. But she decided to let Leo try it out anyway.

“We flash the screen red. The game play itself gets harder,” said Trevor Stricker, vice president of technology at Mightier, saying that kids must wear a heart rate monitor on their arm while playing. “So to keep playing, they have to calm themselves down. And when they lower their heart rate, the game returns to normal,” he said.

Leo has been playing Mightier for about two months, and his mom says she’s seeing a difference. For example, Leo was playing with Legos recently when his tower tumbled down. His mom expected a tantrum, but “I could hear him actually telling himself, ‘Calm down, take a breath.’ And just things that he’s learned from playing those games.”

Normally, Mightier retails for about $335 a year. But Wisconsin’s Children’s Long-Term Support Program uses Medicaid to cover the cost. And so far, it’s the only state to use Medicaid this way.

Delveaux said it’s been a good solution for her son because the games are similar to the ones other kids play, like Minecraft. “So it also gives him something to talk about with his peers at school,” she said.

More therapists are also using video games as part of their treatment plans. Like Kim Wheeler Poitevien, a clinical social worker and therapist in Philadelphia. “I work with a lot of kids who are neurodivergent,” said Poitevien.

She has some kids play games like Roblox or Animal Crossing during their sessions. “This is a great way for them to even engage while we’re actually conversing. It’s just kind of the same as some coloring or drawing or doing a Fidget,” she added.

Poitevien said using video games works for her clients because she’s asking them to do something most young patients already do for fun.

The journal Royal Society Open Science published a study in late July that looked at whether playing a lot of video games is bad for your well-being. The study surveyed more than 38,000 players across the world and found “little to no evidence for a causal connection between game play and well-being.” Although, we should note, it focused on adults.

A New York Times article highlights a digital therapeutic tool for children with autism. It’s a virtual reality program called Floreo that walks neurodiverse kids through real-life public scenarios they might struggle with, like crossing the street or even trick or treating.

In the piece, some autistic self-advocates make the point that such behavioral therapy can be problematic, arguing that autism isn’t a disease that needs to be cured. Maybe society should adjust, they say, and be more welcoming toward people who experience the world a bit differently. 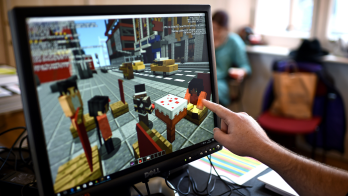 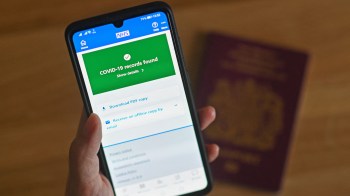 So you have to be vaccinated to get into that hot new bar? There’s an app for that. 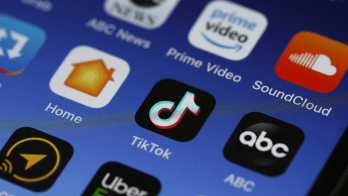