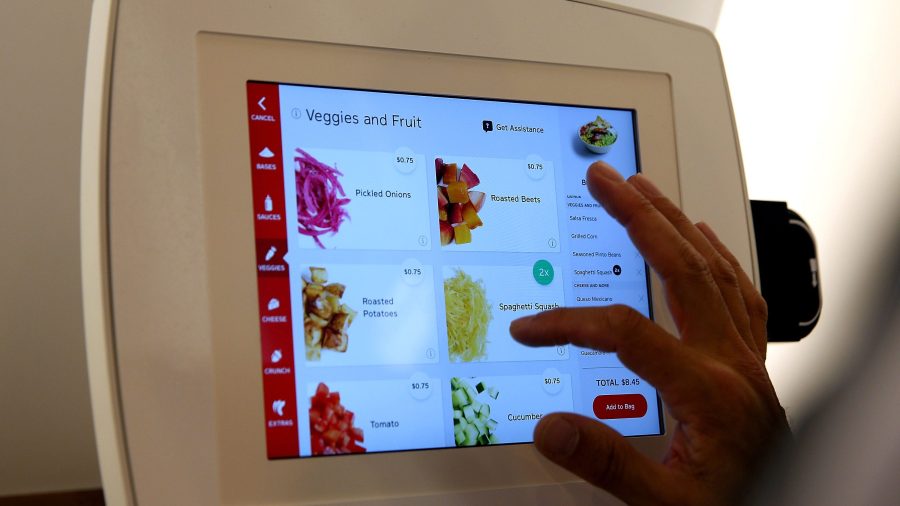 How the pandemic has sped up the automation of some jobs

Black and Latino employees are overrepresented in the jobs most at risk for automation, says Brookings fellow Kristen Broady.
Listen Now

Black and Latino employees are overrepresented in the jobs most at risk for automation, says Brookings fellow Kristen Broady.
get the podcast
get the podcast

Even before the pandemic, the economy was seeing a shift to automation, as companies looked for cheaper, more efficient ways to build their products or serve more customers.

Now the pandemic has led to staffing shortages in multiple industries and has accelerated the trend.

That means in the future, you may be more likely to order your food with a QR code, interact with a chatbot instead of a person for customer service or use a self-operating kiosk at a business that may never go back to the old way of doing things.

Kristen Broady, a fellow at the Brookings Institution, writes for The Hamilton Project about how the pandemic is speeding up this shift.

For many businesses, it’s an economic decision, she said. The following is an edited transcript of Broady’s conversation with Marketplace’s Kimberly Adams.

Kristen Broady: When some companies had to close down for a time, and they could afford to put in the technology, than many of them did so. And that meant that they didn’t have to worry about increased wages, unions, workers’ compensation, insurance, all of those sorts of things that machines don’t require.

Kimberly Adams: Are there specific jobs or industries that face a higher risk of automation than others?

Broady: Yes, absolutely. So my research focused on the 30 jobs that employ the most people in the United States that have the highest automation risk scores and also the 30 jobs that employ the most people with the lowest automation risk scores. And so the top five jobs that I listed were for jobs at high risk of being automated. If you want to talk about jobs at low risk, again, regardless of for profit, nonprofit, etc., the jobs that are not at risk or much less risk of being automated are jobs like elementary and middle school teachers, registered nurses, chief executive officers, first-line supervisors, marketing and sales managers, and physicians and surgeons. Those are some of the top ones that are at a very low risk of being automated.

Adams: When you’re looking at this, how much of the increased speed of automation is due to the tight labor market compared to the lowering cost of the tools needed for automation?

Broady: So I think workers are demanding higher wages as they well should, but at the same time, the technology is getting cheaper, which means we are seeing certain jobs be changed or eliminated because of automation. I’m not saying that all jobs or even most jobs are going to be automated, but many of them are being changed and augmented because of automation.

Adams: Given the jobs that you found in your research are at higher risk of automation, are there demographic trends that tell us who’s going to be most affected by the shift?

Broady: Black and Hispanic workers account for 13% and 18% respectively of the labor force, but they’re overrepresented in 13 jobs that are at high risk of being automated. The jobs that have the highest risk of being automated that employ the most people are cashiers, and that job had an automation risk score of 97, meaning that 97% of the tasks associated with that job could be done by some sort of automated machine or system.

Adams: So Black workers you’ve identified as one group that are particularly vulnerable to some of these high automation jobs. Any other groups that look like they are at particular risk for losing jobs to automation?

Broady: So I guess I want to talk about a bit of a different risk with women, particularly Black and Latina women, and I’ll start with Black women. So we do see that they’re overrepresented in customer-facing jobs that were deemed essential during the pandemic — and still are, and they’ve always been essential — and that pay a lower wage. And so I’m thinking about jobs like cashiers, caretakers of children and elderly people. So we know that doctors are at very low risk of being automated away, but some of these lower-paying jobs you can’t automate either. You can’t automate the caretaking of children or elderly people, though those jobs don’t pay a lot. So I guess one of the things that I’ve been concerned about is seeing Black women and Black men in these lower-paying jobs that can’t necessarily be automated but also can’t be done remotely, right? So we’re seeing them earn lower wages and for now being in jobs that aren’t necessarily being automated, but in the future may be, right? Like, again, cashiers, we’re seeing many of them turn into something else: the person who monitors the people checking out rather than actually doing the checking out. So I think we just need to figure out are there ways — training programs, higher education HBCUs, to get people better prepared for jobs that will keep them safer, pay a higher wage and won’t be significantly changed or eliminated due to automation?

Adams: Moving forward, how do you envision the changes to automation in the workforce we’ve been seeing in the pandemic sticking around or not?

Broady: So the automation is going to continue. But it does mean that some of the people in those jobs can transition into doing something else that the company offers. Like we’re seeing more programming jobs, more logistics jobs, more planning for the future with solar technology, or wind, or whatever comes after that. So we just need to figure out how to transition people whose jobs are going away into these new jobs that are being created.

Broady co-authored a report with more details than what she could get into here about which jobs are most likely to be automated in the age of COVID-19.

Within the push to automation is the subset of jobs that are at particular risk of replacement by artificial intelligence. VentureBeat has a story about that. And it’s not just blue-collar or service jobs at risk. The author says AI-generated writing is pretty much indistinguishable from human writing at this point.

Which means I probably should be upskilling about now. 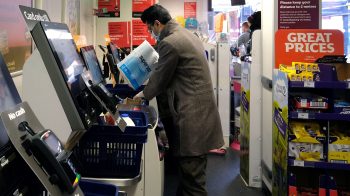 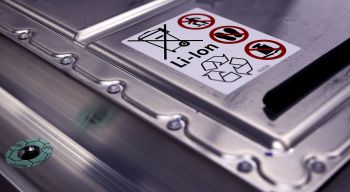 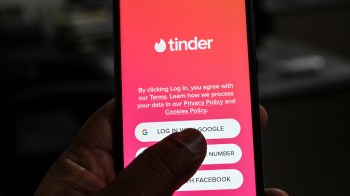