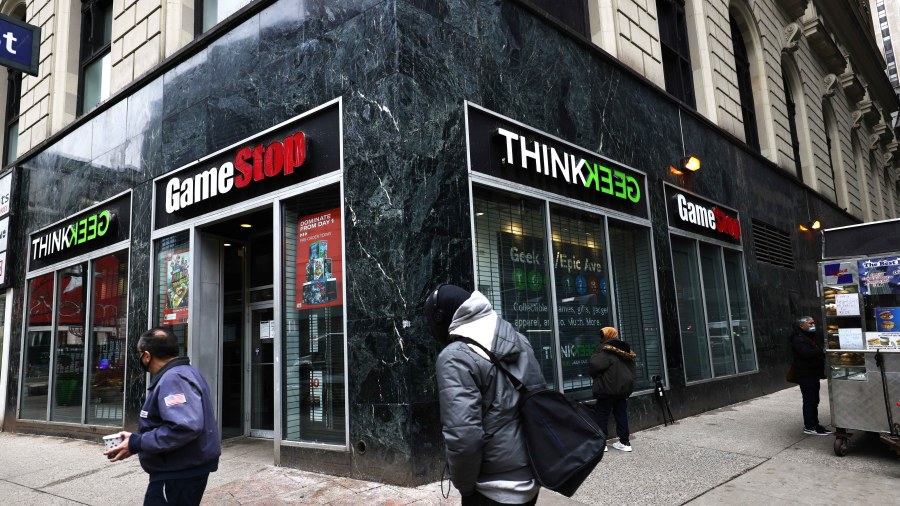 Some big hedge funds shorted GameStop stock, and Redditors took advantage and bought stock. Shares are up more than 1,000% this month.
Listen Now

Some big hedge funds shorted GameStop stock, and Redditors took advantage and bought stock. Shares are up more than 1,000% this month.
get the podcast
get the podcast

If you follow financial markets, Reddit or video games, you probably know that all three of those things merged this week in a hail of fire and rocket emojis. The simplest possible version of what happened: Several big hedge funds shorted GameStop stock. That is, they bet it would go down. There’s a group on Reddit called WallStreetBets, and they weren’t having it.

Many of them decided to buy GameStop stock, causing its share price to go up — way up. Now GameStop is up over 1,000% this month. The hedge funds that shorted it are losing billions, and the WallStreetBets community has moved on to buying Nokia and AMC stocks, and who knows what’s next. I spoke with Edward Ongweso, who has been following this for Vice. The following is an edited transcript of our conversation.

Edward Ongweso: I think part of it is now that they see that they can have an outsized influence, there is a lot more chance for them to push and for other people to listen, too. Other social media traders, other personalities are now tuned in to this, and there become cycles of hyperattention generated from this community that otherwise wouldn’t have been there, an amplification effect that’s new.

Molly Wood: You know, this has, in a weird way, shades of GamerGate. We’ve seen hedge fund managers get doxxed, there’s this kind of harassment campaign that seems to be accompanying some of this. And I wonder, where’s the mob going to go next, and is that a question we should be asking?

Ongweso: Yeah, I think this seems to have raised, in some people’s eyes, a dream of a decentralized network of people who can organize and take down a hedge fund or take down a company. But this also, as you said and pointed out, does have echoes of GamerGate in the sense that well-off trolls can target, harass and go after people. And I think that there’s a culture in these online communities, where the edginess or the rebellious energy does result in backlash that continually escalates. And in this instance, it’s targeted against Wall Street short sellers. I think it’s best to see this as just another one of the ways in which, when people get angry enough and upset enough and hurt enough, they can lash out and hurt someone, especially if everything is in place to do so.

Wood: The other side of this coin is that there are also people on these forums who are like, “Look, I lost my job in the pandemic. No government stimulus came. The stock market has gone up and up and up, and people keep getting rich, and this is my chance to make a little money,” and that they should kind of get to do that, right?

Ongweso: Yeah. There is a real redistribution of billions of dollars going to people who otherwise wouldn’t get to, especially inside of an economic and financial system which is irrational, full of bubbles, but only a few people have the resources or the information or the time to take advantage of. Whereas, everyone else is told that they’re not allowed to. I mean, there is a lot of reason for someone to want to say, “Let’s just blow up this hedge fund’s position and make some money and have some fun and make some friends while doing it.”

In case you’re wondering how big a deal this is, Federal Reserve Chair Jerome Powell had a press conference Wednesday and the first question was about GameStop.

The frenzy over all of this was so intense on Wednesday that Reddit itself crashed for a little while as millions of people piled into the WallStreetBets channel. And by the end of Wednesday, the group had been set to private. I cannot wait to hear the backstory on that move.

Schwab, Fidelity, Robinhood, TD Ameritrade and several others experienced outages as trading on GameStop and AMC, in particular, went bananas. And yes, of course, there’s a bit of a tie-in to Robinhood here. Because the app that made it easy and free to trade and forced everyone else to make it free and easy to trade definitely democratized access to stock trading. And combined with social media, it opened up access to information that had previously been enjoyed only by financial analysts and the funds that keep their stock-picking and shorting sauce mostly secret. This, friends, is what disruption looks like.

However, disruption is not always pretty. The WallStreetBets subreddit is definitely not always a nice place to be. Its tagline, after all, is “Like 4Chan found a Bloomberg terminal.” Edward Ongweso described it as pretty toxic, so much so in fact that in a bit of interesting timing, Discord on Wednesday banned the WallStreetBets Discord server for repeatedly allowing hate speech and other discriminatory content. At least some of the disruption may have just been deplatformed. 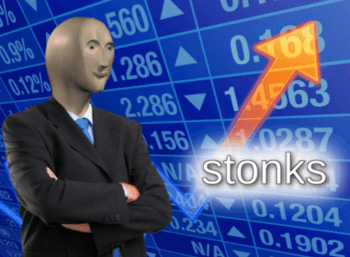 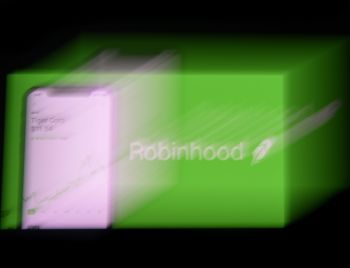 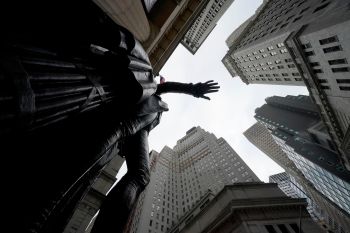 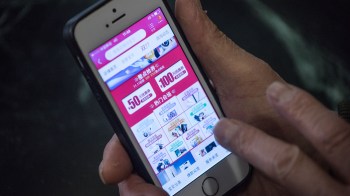 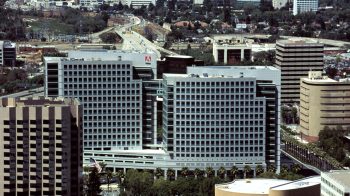