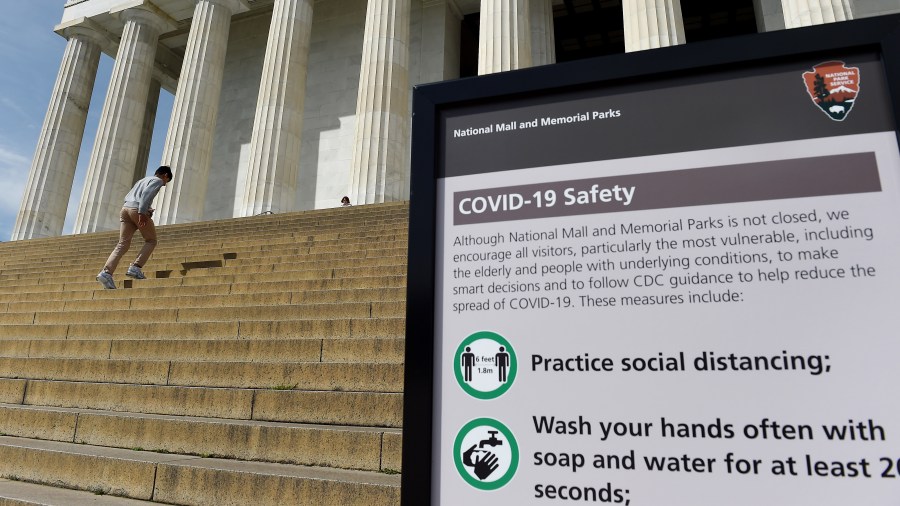 Maps and models could help contain the spread of this pandemic.
Listen Now

In some ways it feels like we have information overload about the coronavirus pandemic — constant briefings and news stories, experts and amateurs arguing on Twitter, links flying around Facebook and group chats. Truth is, we’re still flying by the seat of our pants when it comes to responding to the COVID-19 outbreak.

I spoke with Dr. Rajiv Shah, the president of the Rockefeller Foundation, who led the U.S. Agency for International Development from 2010 to 2015, including the U.S. response to the Ebola outbreak in West Africa in 2014. He also directed the humanitarian efforts to help Haiti recover from a devastating earthquake in 2010. Shah said that in order to tackle any problem at this scale, you simply have to have key data. The following is an edited transcript of our conversation.

Rajiv Shah: For the response to be effective and significantly accelerated, we have to move from panic and posturing to a deeply data-driven response. I had a role in supporting the Ebola response, particularly leading it in West Africa in 2014. What we found there is once we started being really focused on a few key metrics, we were able to be much, much more effective at overcoming that crisis.

Molly Wood: What are those key metrics?

Shah: The first one is knowing where people are positive. Having the data on who’s positive is critical, and here in the United States, right now, the testing regime is simply not working effectively. We need much, much broader access to testing, and political leaders, health system leaders should be tracking how long it takes for a person with symptoms to access a test and get a confirmed diagnosis as quickly as possible.

Wood: We know we have this testing shortage. Is there any other data in the interim, anything else that health officials could be looking at?

Shah: Absolutely. Actually, now we know, and we’ve known, that we can use the tools of data science and data technology to effectively identify where there are likely to be clusters of positive cases before local officials might even know, and sometimes before patients themselves are aware that they’re deeply into a disease process. We saw a Canadian firm, in particular, had some early insights into cases of coronavirus in the United States before American local health officials did because they use predictive analytics to identify where cases were likely to be based on all kinds of search and mobile phone data. We see Unacast, the company, has launched a social distancing scoreboard that allows us to see where social distancing is working and therefore lowering the community risk, and where it’s not working and therefore the community risk is very, very high. These tools can become much more precise if we had effective public-private partnerships and if we were focused on creating a data-driven system to protect Americans from the threat of pandemics in the future. That’s [what] the Rockefeller Foundation is committing $20 million to help achieve.

Wood: Tell me about that. It’s $20 million toward developing data science tools. Is it with the goal of better predicting a future pandemic?

Shah: Actually, in the first instance, it’s about helping us overcome COVID-19 right now. We are a New York-based foundation, although with 100-plus years of working on global health all around the world. We’ve helped support data-sharing agreements between countries in Asia and Africa. We’re building out the capacity of community health workers around the world, particularly in low-income countries to collect on their mobile phones, and using new tools in their apps on their phones to collect patient risk data and send that into central systems so you can track the disease outbreak in places like India, where it could potentially reach hundreds of millions of people and potentially kill tens of millions of people. We’re working right here in the United States to build a predictive analytics platform to allow us to see how the disease is spreading here in the United States and therefore be more effective at pinpointing real social distancing and quarantine activities to limit the contagion.

Wood: There is, of course, a real privacy question here. We have a built-in surveillance network that I think a lot of Americans aren’t even particularly aware of. You mentioned Unacast, which is essentially using people’s individual advertiser IDs, which they may not have even known were tracking them on their phones. How do we maintain that balance going forward, or do you think we will?

Shah: I don’t know that we will. It’s important that we do, and that is why I think it’s very important that companies are not just out there doing this on their own, but rather governments, philanthropic institutions and civil society institutions, like the Rockefeller Foundation, are partnering with private companies, technologists and universities to build tools and then use very strong privacy protection to make sure that no one’s individual data is putting themselves individually at risk. We live in a present, and we’re going to live in a future, where knowledge about where people are, knowledge about the practices that are ongoing, knowledge about what they’re searching for are all available to a whole host of actors, and turning that knowledge and information into something that can help prevent, and in this case, accelerate a response to a pandemic threat that may kill millions and millions of people around the world, has to be a first priority.

Wood: Short-term, some privacy may be trampled in the interest of saving lives.

Shah: I would argue [that] our privacy is already being trampled in the interest of selling shoes or selling whatever item that somebody wants to sell you. We have long since lost that basic privacy based on those advertiser codes and our geolocation information and lots of other elements of our digital footprint and digital presence. The reality is, a lot of that information could right now be used to help optimize the response to this pandemic. It could be used, and we are using it, in places like India and Africa to save tens of millions of people from getting the disease. We need to embrace the idea that we can have a data-driven solution that helps us visualize and makes that visualization open to everyone, helps us visualize the spread of pandemic threats and rapidly overcome them when they exist.

Wood: Are there other experiments that we can try based on technology that exists now?

Shah: Absolutely, I think we can create predictive analytic tools to identify where crises are likely to become mini-outbreaks. We can identify social distancing — where it’s working, where it’s not working. We should be using those types of tools to ask every single frontline health care worker who is right now a hero on the frontlines of a battle whether or not they have safe and effective access to protective equipment. That real-time data will help governors, mayors and ultimately the president allocate resources in a manner that meets needs.

Wood: When you say we can use predictive analytics to point to a future hotspot, what data is that based on?

Shah: In the past, actually, the Centers for Disease Control helped develop a tool to do this with foodborne illnesses. They were able to use search data and connect it to their location codes and find out, i.e., was there a restaurant or specific place that had seemed to be the point of origin for a risk or the creation of a set of symptoms that then require the search and the subsequent tracked activity? Those tools will only become more powerful at predicting, with real geographic specificity, where the crisis is going to appear.

Earlier in the week, I told you about the Massachusetts Institute of Technology’s app for trying to gather information about the outbreak. Now, researchers from the University of California, San Francisco, have also created an app for what they’re calling citizen science. They’re hoping to enroll a million people in what is effectively a real-time study of the spread of the virus. It’ll involve short weekly surveys of the people who’ve volunteered. You can choose to have it track your location continuously or talk to devices like a Fitbit or Smart Scale or other Bluetooth devices. This is probably a good thing, overall. It’s better than having location data you didn’t even know was being collected used to suddenly compile a big map of what you’re doing based on a unique advertising identifier that you didn’t even know was on your phone. My question, which is also my question for Dr. Shah, is: There are two respected medical facilities trying to do these tracking operations. Which one should I choose? Will they collaborate? Am I overthinking it? Probably. That happens a lot these days. Anyway, either one of these will probably collect a lot of valuable data, and at least it’s voluntary.

Tomorrow I’ll talk about all the privacy concerns that have emerged with the video conferencing platform Zoom, which apparently advertised end-to-end encryption — as in no one could spy on your audio or video — but then told The Intercept that’s not exactly how it works. More on that to come, but between this and apparently transmitting user data to Facebook and the fact that people are carrying out racist and sexist cyberattacks during people’s meetings, I am a little annoyed that I got my parents to download it.

This isn’t going to sound related, but it is, because a video chat app that is end-to-end encrypted is FaceTime from Apple, which supports group video chat and is super easy and fun to use. Only problem is it’s only available on Apple devices. I started thinking it would be so great if Apple released FaceTime for other platforms. Like, now would be the time to do that. But in Apple news Tuesday, the company bought the popular weather app Dark Sky, presumably to integrate with its own weather app. It is promptly killing off the Android version of the app and revoking access to the software integration that Yelp, Runkeeper, Microsoft and many others use to power their weather-related features. I guess we’re still not in a cross-platform mood. 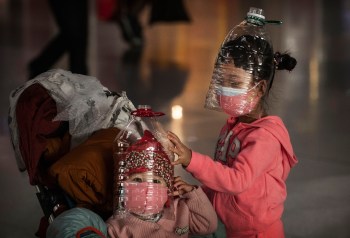