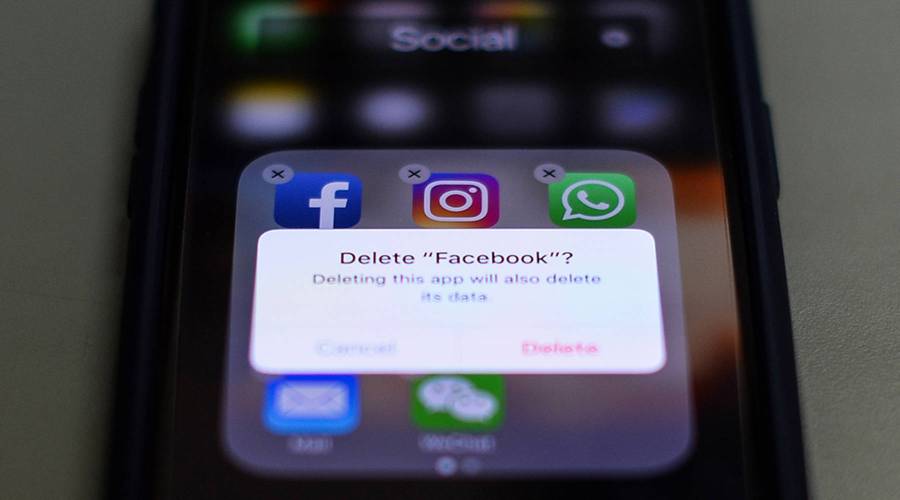 All the bad press about Facebook might be catching up to the company. New numbers from Edison Research show an an estimated 15 million fewer users in the United States compared to 2017. The biggest drop is in the very desirable 12- to 34-year-old group. Marketplace Tech got a first look at Edison’s latest social media research. It revealed almost 80 percent of people in the U.S. are posting, tweeting or snapping, but fewer are going to Facebook. Marketplace’s Kimberly Adams talked with Larry Rosin, president of Edison Research. The following is an edited transcript of their conversation.

Kimberly Adams: In your survey you found an estimated drop of 15 million fewer Facebook users in the U.S. today than in 2017. That’s just in the U.S. Is this a meaningful drop for Facebook?

Larry Rosin: I don’t see how you couldn’t say it’s a meaningful drop. Fifteen million is a lot of people, no matter which way you cut it. It represents about 6 percent of the total U.S. population ages 12 and older. What makes it particularly important is if it is part of a trend. This is the second straight year we’ve seen this number go down. Obviously, the U.S. is the biggest market, in terms of dollars, and it’s going to be a super important market for Facebook or anybody who’s playing in this game.

Adams: But if we look at Facebook’s earnings report, they are still reporting an increasing number of active users. What’s behind the difference between what the company is saying and what your survey found?

Rosin: When they’re producing those numbers, they’re typically talking about their global platform. This is a survey just of the USA. Furthermore, we’re asking about usage. We’re saying, “Do you currently use Facebook?” Facebook is probably measuring it on, “Do you ever open the app, or do you ever use it on any level?”

Adams: Are those people going somewhere else or leaving social media altogether?

Rosin: We only show trace numbers of people leaving social media altogether. They’re obviously just transferring their usage. The big gainer, interestingly, is under the same roof as Facebook. It’s their co-owned Instagram.

Adams: Do you have any sense as to why people are leaving Facebook in particular?

Rosin: The survey didn’t specifically ask, “Why are you using Facebook less?” or “Why have you stopped using Facebook?” among those who say that they have. There’s tons of other information out there, whether it be the politically related aspects to Facebook. There’s conjecture about as Facebook has become more popular among older people, whether that’s affected younger people. Then we have to consider whether some of these other social media platforms, in particular Instagram and Snapchat, are just more appealing to younger people. I should also mention that while we’ve seen dramatic reductions in usage among younger people, we’re still seeing some gains among people, for instance, 55 and older. That is maybe not the advertising target Facebook is necessarily looking to work on, but it’s not as if all is lost there.

And it’s worth noting that Facebook is still the most-used social media platform, according to Edison, with 61 percent of people in the U.S. using the site.

Edison also looked at media hardware and found smartphone ownership continues to rise. About 84 percent of us in the U.S., 237 million people, own these pocket computers.

Smart speaker ownership saw a big jump in the last couple of years and keeps climbing. About 23 percent of us have them now, with Amazon’s Alexa devices in the lead. One interesting trend developing around smart speakers is that people who get one tend to want multiple. In 2018, only about a tenth of smart speaker owners had several. Now, about a quarter of owners have three or more.