While some Ukrainians attempt to preserve cultural artifacts as the conflict rages, a team of multinational archivists is recording websites before they go offline or their messages are distorted.
Listen Now

While some Ukrainians attempt to preserve cultural artifacts as the conflict rages, a team of multinational archivists is recording websites before they go offline or their messages are distorted.
get the podcast
get the podcast

War disrupts and ends lives. It destroys homes and infrastructure. And as Russia continues its war in Ukraine, the cultural heritage of Ukraine is also at risk.

Some Ukrainian museum websites have gone offline as the servers hosting them lose connections or are destroyed in attacks. To prevent that information and cultural memory from disappearing entirely, around 1,000 archivists, programmers and librarians have volunteered to form a group called Saving Ukrainian Cultural Heritage Online or SUCHO.

They’ve been recording and archiving these websites before they go offline. Quinn Dombrowski is an academic technology specialist at Stanford University who’s been working on this project.

Quinn Dombrowski: Digital cultural heritage, I think, is an outgrowth of the way that, you know, the internet has worked. And people have developed websites for museums and for libraries and for archives that feature 3D models of particularly special objects, high-resolution images, things like digitized texts and manuscripts that talk about the history of Ukraine. And we want to make sure that those materials continue to be available and continue to be presented in the way that their curator has intended.

Kimberly Adams: So how are you archiving these pages?

Dombrowski: We are sending URLs to the Internet Archive’s Wayback Machine. We’re also using an open-source software called Webrecorder. And what Webrecorder does is it captures high-fidelity versions of a website just as if a person were navigating it. So with Webrecorder, we’re able to capture virtual tours where you can walk through a museum. And these are things that are traditionally very difficult to capture through web archives, but Webrecorder allows us to do that.

Adams: So can you give an example of a website that’s been archived as part of the project and how it looked before and how people might experience it now?

Dombrowski: One of the sites that we’ve archived is the National Museum of Ukrainian Folk Decorative Art — a beautiful site with images of pottery and folk art and cultural manifestations, you know, dating back for centuries. And while the site is still up, thankfully, we have seen sites go down even shortly after we finish our archiving of them. And with the versions of the archive that we’ve created with Webrecorder, people will be able to navigate the site and browse through it and experience the content, the images, as if the site were live — even if it goes down and ends up being irretrievable.

Adams: What are some of the obstacles that you and your team and the volunteers are facing as you do this work? And why do you think it’s important to do this work right now?

Dombrowski: Right now, understandably, everyone on the ground is too busy fighting for their survival to be worried about things like servers and documents. People are smuggling physical objects out of the country as fast as they can, and you know, things that are digital, there’s a sense that, you know, they’ll be preserved somewhere and they don’t need to worry about those to the same extent. So we’re trying to be another node in that network of backups and support for the Ukrainian people.

Adams: How do you want this archive to be used in the future?

Dombrowski: We really hope that it’s not used. Nothing would make us happier than for all of these sites to remain safe, remain on their original servers with their technical platforms. That said, if sites are destroyed, at least the way the site used to look is captured as an experience. But also we can extract some of the contents, you know, the images, the PDFs, to help them reconstruct the sites.

Adams: What’s the risk if you don’t do this work?

Dombrowski: That it’s gone. It could be gone in the sense of, you know, servers being destroyed — or, worst case — if the Russian government comes in and takes over these servers, you know, there’s the possibility of them subverting the message of the sites — making the argument that there isn’t a Ukrainian national identity, that it’s all Russian, reframing the history of Ukraine as just another province of Russia. That’s not something that we’re OK with seeing happen.

You can check out SUCHO’s steadily growing archive. It includes pages from Ukraine’s Museum of Decorative Art and even the Ukrainian Virtual Observatory, which has information dating back to the 1890s.

You can also check out a similar initiative from the Victoria and Albert Museum’s ongoing program called Culture in Crisis, where you can view a portal to other digital archive sites, like the Syrian Heritage Archive project.

And as Ukrainian websites struggle to stay online, some Russian sites are becoming increasingly inaccessible. The country has been digitally isolated as part of ongoing international sanctions. This piece from The New York Times discusses how long that isolation could last. 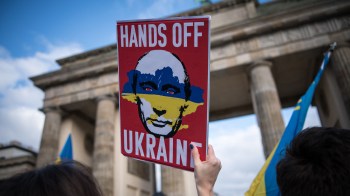 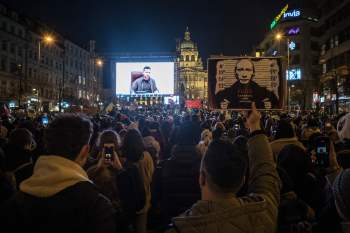 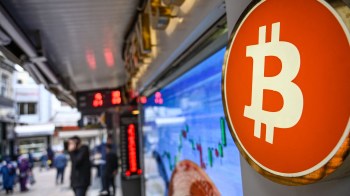 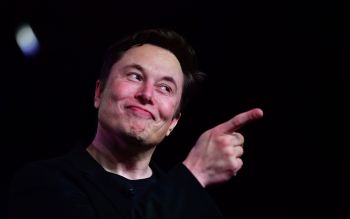 What could Twitter expect with Elon Musk on board?