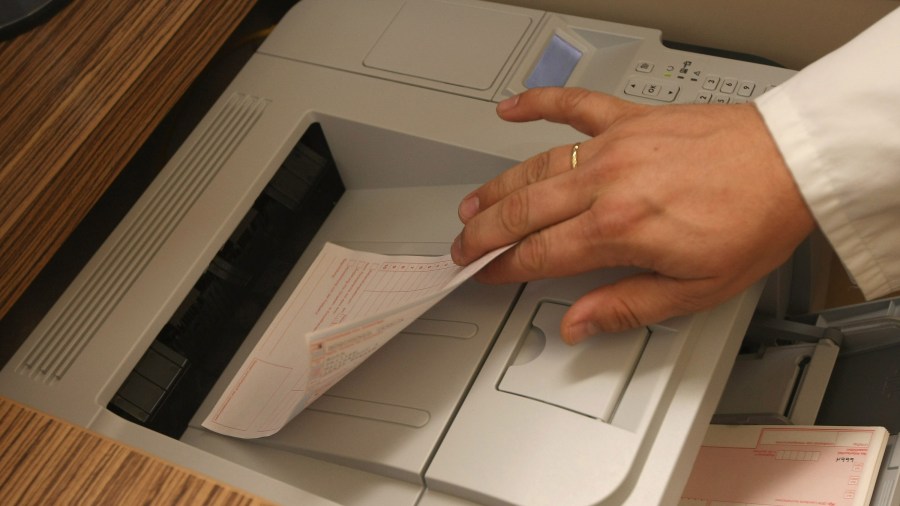 We've spent billions so hospitals and doctors can share medical data quickly. Public health departments have been left behind.
get the podcast
get the podcast

Tech has helped in the fight against the coronavirus, but there’s a bottleneck: public health departments. These government agencies are chronically underfunded, and now, as health officials try to track the spread of the virus, some offices do not have tech on their side.

I spoke with Dan Gorenstein, who has been reporting on this. He’s the executive producer and co-host of the health-care policy podcast “Tradeoffs.” The following is an edited version of our conversation.

Dan Gorenstein: We’ve spent about $100 billion in private and public dollars over the last decade to up how much we digitize health data. Public health departments haven’t been part of that infrastructure upgrade. And they’re not able to necessarily receive that data, even though the hospital could send it or your doctor could send it.

Molly Wood: When you say infrastructure, one official told you they were working “as if computers didn’t exist.” How bad is this? What tools are we talking about here?

Gorenstein: We’re talking about fax machines, spreadsheets, telephones. We talked to the deputy epidemiologist in the state of Minnesota. He’s got two full-time employees that spend all day, every day, just calling and emailing around the state’s hospitals to gather a couple of basic data points, like how many COVID-19 cases do they have and how many are in the ICU?

Wood: What could help here? Is there a common link that points to what is preventing all of this from being faster? Is it really just down to money and investment?

Gorenstein: No, it’s not just money and investment — although money is huge and public health departments need a big slug of it — and there was some funding Congress has made available for public health departments. There are a couple other pieces that are really needed here. I think there’s a lot of confusion among hospitals and doctors and labs who are getting these tests, these COVID-19 tests, and people will have questions around HIPAA — what information can be shared with public health departments, what  information cannot be shared. Federal health authorities have begun to offer some guidance and some clarity on that, but more clarity is needed. I think that there also needs to be a real willingness on the part of the providers, the hospitals and the doctors and the labs, to really want to do this. These hospitals, as we know, are completely under fire to just try to deal with the day-to-day realities. What’s the incentive for them to make sure they’re helping out their public health department? There probably needs [to be] some sort of incentive for them to make sure they’re looping in their public health departments, which probably means money, but also means some leadership at the state and federal level, too.

Wood: It sounds like you’re saying there’s a historic underinvestment in public health that creates huge barriers to getting data to public health departments, such as fax machines or carrier pigeon. On top of that, there’s just not a lot of reason to step out of the immediate crisis and make sure you’re collating all of this information in a spreadsheet and then sending it via pigeon.

Gorenstein: The reason is probably there. I think the question is capacity. That’s a real crisis for lots of hospitals. Where’s the time and space to be thinking about this secondary or tertiary concern about making sure public health departments are hooked up with the data that they need? One of the most interesting things that we came across [is that] a lot of people use this metaphor about highways and data and technology being this sort of superhighway. I think when it comes to health data, infrastructure and tech, it’s like we do have some superhighways — hospitals are really good at sharing information with each other if they want; doctors can share information with hospitals if they want — but when it comes to the public health department, there’s no on-ramp to this superhighway. These public health departments have to use these bumpy back roads to get to where they need to go. Now, given that data needs to move faster than this disease, everybody’s starting to realize like, “Oh, my gosh, we need to get these public health departments in the loop.”

Wood: What could happen in the short term to get those departments in the loop? Or is this going to be left to Google and Apple and Microsoft, and whatever private entity steps in to do data collection?

Gorenstein: In the short term, there have been a couple of proposals to try to beef up public health infrastructure on the quick. One of the ideas is to make better use of electronic health systems, like the electronic health records. Several systems around the country are piloting something called electronic case reporting, which basically just adds a feature to the hospital’s electronic health records that automatically sends a patient’s record off to the public health department as soon as a coronavirus test or symptom appears in their record. Folks in Florida have done this. There’s been a lot of success. Epidemiologists are really happy with this. But in the longer run, there really needs to be a serious investment from the federal government to make sure that the upgrades are happening.

The Trust for America’s Health, a health-policy think tank, says public health lost more than 55,000 jobs between 2008 and 2017. Meanwhile, private investment in biotech has been on a tear in recent years. Nearly $18 billion in venture capital poured into the sector in 2018. Yet that same year, all 50 states spent a total of $11.9 billion on public health for everyone in America.

It’s hard out there for a social-media platform with incredible reach and an inconsistent approach to speech moderation. According to The Wall Street Journal, Facebook did its own internal research and found that its engagement algorithms incentivized divisive content and could have increased political polarization. But despite identifying steps to prevent that, the company decided it just didn’t want to. Advisers said it would be “paternalistic,” and that in the U.S., it would disproportionately affect conservative content. Who wants that headache, right?

Meanwhile, over on YouTube, the site has been automatically deleting comments that are critical of China’s Communist Party and has apparently been doing so for months. This is interesting for a number of reasons. One being all the other stuff on YouTube that isn’t automatically deleted, despite being horrible or divisive or what have you, but also because how does that help YouTube at all when YouTube is banned in China? YouTube and parent company Google said the comment deletions were errors.

But in something that actually looks like progress, Twitter has been trying to figure out how to deal with tweets that come from President Donald Trump that contain conspiracy theories about murder, misinformation and misleading assertions about elections without, you know, being a private company that decides whether the president of the United States has a voice on Twitter.

So in what is arguably a huge move Tuesday, Twitter actually put fact-check labels on some of Trump’s tweets that made false claims about voting by mail. I cannot imagine that this is going to go over well with him, but it’s definitely a start. 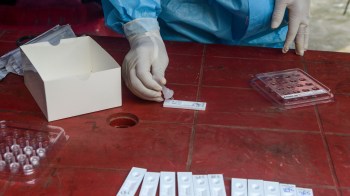 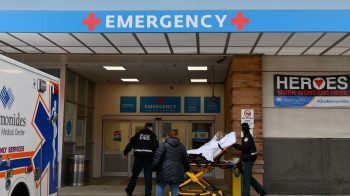 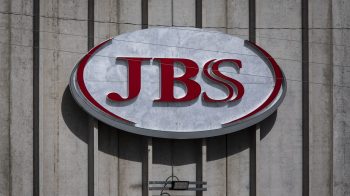