The government has a list of 23 recommendations in hand to regulate the tech industry.
Listen Now

There’s tech regulation moving forward in the European Union, France, the United Kingdom and, of course, the seemingly endless parade of tech executives in the U.S. Congress. Add Australia to the list of large democracies asking if tech needs more regulation.

This summer, the Australian Competition and Consumer Commission, or ACCC, delivered the results of a big investigation on the impacts of Big Tech — especially Google and Facebook. It looked at competition and privacy, and how social media has crippled local journalism, among other issues. The result? Twenty-three recommendations that the government can use to regulate — or not.

I spoke with Caron Beaton-Wells, who directs the Competition Law and Economics Network at the University of Melbourne. I asked her how the recommendations compare with the General Data Protection Regulation in Europe or any of the many other efforts to rein in Big Tech. The following is an edited transcript of our conversation.

Caron Beaton-Wells: On my count, there’s been just shy of 30 inquiries into the same or related topics around the world so far in the last five years. This inquiry was quite distinctive because it was much broader than many of its counterparts. It looked at competition. It looked at consumer protection. It looked at data protection and privacy, and at public interest issues, in particularly in media. It was a very wide span [and] there were 23 recommendations made. Some are very similar to proposals made in other parts and some go further.

Jed Kim: These Big Tech companies have global reach. What lessons for the rest of the planet are there from what Australia has done?

Beaton-Wells: One of the key lessons to be derived from the Australian contribution to that movement is that you can’t just look at competition in isolation or privacy and isolation. You shouldn’t approach these things in silos. You need to see them as all linked up and intersected. The ACCC said, “Yes, we need to protect people’s privacy for the sake of their privacy. But if we protect privacy and give people control over their data, that too will activate competition, and the platforms will have to start competing on how much privacy protection they give their users.” So there’s an intersection there, and I think other parts of the world could benefit from taking a similar approach.

Kim: Do Australian citizens or businesses want to see these Big Tech companies break up?

Beaton-Wells: I think there would be a proportion of the population that would be rather attracted to that slogan of breakup simply because in Australian culture we like to see people get a fair go. We’re often circumspect about big business, whether it’s big banks or big telco or big pharma or big platforms. But in terms of competition policy or antitrust, the ACCC forcibly rejected the proposal about breakup. It doesn’t see it as a sound or long-term strategy for dealing with the problems in these markets.

Kim: How badly do we need that global regulatory framework? Is that even possible?

Beaton-Wells: It would be ideal because these are global businesses operating in virtually every jurisdiction that has the internet, at least, in the world. But I think that that’s a utopian ideal now because governments and competition authorities generally are most concerned about their markets and their consumers. They want to come up with laws and enforce them in a way that protects their own turf. I think we will see more and more convergence on this, but we’re probably a long way off a global competition regulator or court.

Beaton-Wells had a lot more to say about the ACCC recommendations than we could fit into our bite-sized program. Fortunately, you can catch up on the possible impacts by reading an article she did for The Conversation.

What’s going on with privacy and Facebook? A Wired article revealed that while there’s a feature in Instagram’s settings that lets you choose to unlink your Facebook account, it doesn’t do anything. In fact, even if you never explicitly chose to link your two accounts, that link pretty much already exists. The company can figure out it’s you based on the huge amounts of data it’s collected. That means the fake Instagram account you made might accidentally get outed by a helpful Facebook recommendation to your grandma.

What’s ahead for Facebook? According to Engadget, one of the goals is building a better artificial intelligence assistant. Facebook researchers are doing it by putting a learning bot in Minecraft. The AI assistant will interact with human users, trying to comply with their requests and learning. The draw of using Minecraft is its simple rule set and wide-open palette to build. The result might be AI that is a jack of many trades rather than a master of one. 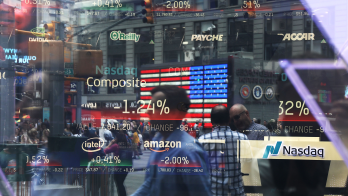 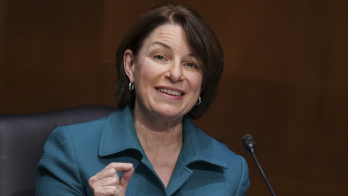 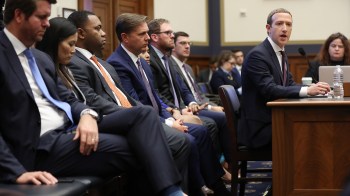