The revote comes after the National Labor Relations Board found that Amazon had illegally interfered in the initial election last year.
Listen Now

The Amazon facility in Bessemer, Alabama (Patrick T. Fallon/AFP)
The revote comes after the National Labor Relations Board found that Amazon had illegally interfered in the initial election last year.
get the podcast
get the podcast

On Friday, the National Labor Relations Board starts sending unionization ballots to more than 6,000 workers at an Amazon facility in Bessemer, Alabama.

Organizers say they want a union so they can negotiate safer working conditions and dispute terminations.

Amazon says it opposes unions because it prefers to negotiate with workers directly.

In response to the effort by the Bessemer employees, which failed in an earlier vote, the company said it has “always worked hard to listen to them, take their feedback, make continuous improvements, and invest heavily to offer great pay and benefits.”

Marketplace senior reporter Meghan McCarty Carino, who covers workplace culture, said it’s significant that these workers are getting a redo.

Meghan McCarty Carino: The first time around, the National Labor Relations Board determined that Amazon had illegally interfered with the election mainly by installing a postal box at the warehouse that could have confused workers into thinking that Amazon itself was holding the election. This time around, that’s not going to be happening. But organizers do say that having gone through this a previous time that they have a lot more sort of publicity and visibility. However, there has been a significant amount of turnover at this particular warehouse. So they may be dealing with a lot of people who are brand new to this.

Kimberly Adams: How significant is this particular NLRB decision?

McCarty Carino: I mean, you know, a do-over is a pretty big deal. It’s a pretty significant judgment. They have been ruled to have violated labor law. The problem is, I guess, practically they still do have a pretty big structural advantage. Critics of the system say that the remedies for violating labor laws under our federal labor law are pretty weak. There’s very infrequently any monetary penalties for violating these sorts of labor laws, and they are usually tiny amounts that would be absolutely insignificant to most employers, and most especially large employers like Amazon.

Adams: What will the outcome of this election say to the rest of the tech sector about union efforts in this industry?

McCarty Carino: Well, I think, just the mere fact that they’re having a do-over is a signal that this National Labor Relations Board, which now has a Democratic majority that’s more labor-friendly, is going to be interceding on the part of labor — putting these companies on notice, if you do things that are questionable, you’re probably going to get hit with a violation. And certainly, these are very high-visibility elections. It definitely, I think, transmits the message to workers just sort of educationally about how these kinds of things work.

Adams: And this is not the only big union effort in the tech industry at the moment. There’s also one happening at Activision Blizzard. What are the stakes there?

McCarty Carino: This is a company that’s been really embattled over the last year. You know, they’ve been subject to all kinds of investigations and legal actions for harassment and treatment of women in the workplace. And so, there’s already kind of been this shifting balance of power at that company. But of course, this is a very different workforce than we’re talking about at the Bessemer warehouse. These are sort of specialized white-collar tech workers who have had a lot of success over the last several years kind of organizing collective action without a traditional union. I think it remains to be seen whether traditional union organizing is going to be the route that these types of workers are going to take because it is more questionable what they’re going to get out of a collective-bargaining agreement when they already have sort of some of the top wages and benefits in the economy.

AL.com is covering this union vote and has a story with a headline that’s basically the question everyone is asking: “Will Bessemer’s Amazon union vote be any different this time?”

And NY1.com has more news on the union efforts in Staten Island, including the story of the monthslong protest outside one of the warehouses as workers try to persuade their colleagues to join the cause.

We also have a link to Amazon’s full statement after that last vote in Bessemer, in which the company highlighted its guaranteed minimum wage of $15 an hour and health care benefits for workers.

And, for what it’s worth, Amazon was among several tech companies out with quarterly earnings Thursday. Despite supply chain problems and staffing shortages, profit and revenue were up.

Let’s talk about the big Amazon labor story. No, the other one. 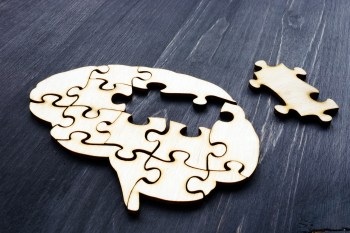 Which bridges need to be fixed first?