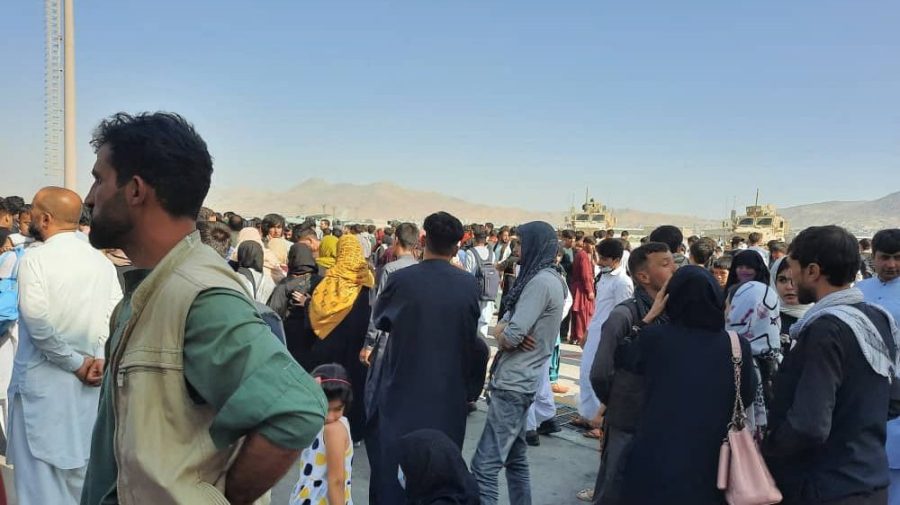 Civilians' ability to document what's happening under Taliban control has changed radically since the conflict with the U.S. began 20 years ago.
Listen Now

Civilians' ability to document what's happening under Taliban control has changed radically since the conflict with the U.S. began 20 years ago.
get the podcast
get the podcast

We’ve been seeing a lot of disturbing images coming out of Afghanistan. Some taken by professional media, such as people flooding a runway at the airport in Kabul, and many others taken by citizens on their phones and posted to social media.

The technological ability of everyday people to document what’s happening on the ground has changed radically since the Taliban’s war with the United States began 20 years ago.

I spoke with Zeynep Tufekci, who studies the social impacts of technology at the University of North Carolina at Chapel Hill. She said that while citizen reporting from Afghanistan is all over the internet, some Afghan journalists and activists are trying to erase all traces of their digital histories. The following is an edited transcript of our conversation.

Zeynep Tufekci: I have been hearing people just trying to delete their phones, burn their papers. I’m not sure how much will succeed. We know people will be targeted anyway. But in the end, the phones will still be there, things will still be recorded, surreptitiously or not. If you want to go find out, there’ll be ways to find out.

Meghan McCarty Carino: Do we have any indication as to what the Taliban might do to control the internet or the flow of digital information?

Tufekci: They’re not blocking a lot of things or even attempting. But in some ways, they might not care as much because the more effective thing that we’ve seen is that instead of trying to create some sort of sophisticated technological censorship regime, the way China does, which is a different category altogether, for most authoritarians, just scaring people is enough to scare everybody else off. You don’t need superduper technology when people are in fear of their lives, and they’ll just erase their phones and not do much anyway, especially since they know it doesn’t even matter if the image gets out.

McCarty Carino: So much has been made, particularly in the wake of the Arab Spring, of the power of mobile digital technologies. Do you think that’s the wrong kind of takeaway from the aftermath of those events?

Tufekci: I think the power of digital technology in its ability to record things and get them out is very real. But that power doesn’t operate in a vacuum. If you have a world that is largely indifferent to the plight of whoever’s broadcasting or sending that video out, the technology doesn’t change that political equation. We will all see, and I predict that if we want to see, there will be a lot of images and videos coming out for years. Will we pay attention? I’m not so sure.

The New York Times is analyzing and verifying some of the most striking videos on social media from civilians, military contractors and the Taliban themselves. They include harrowing scenes of evacuations, like the one at the airport.

Tufekci talked about journalists and activists who are trying to erase their digital footprints. The Guardian has collected accounts of female journalists — anonymously for their safety. One spoke about frantically trying to send her identity documents to embassies before destroying them.

And the nonprofit Human Rights First has a guide to deleting one’s digital history, something Chief Technology Officer Welton Chang told us is really difficult. There’s so much data in the cloud and sent among devices. He was also afraid the Taliban could get hold of a database of aid workers’ fingerprints and facial recognition information collected by coalition forces over the last 20 years. 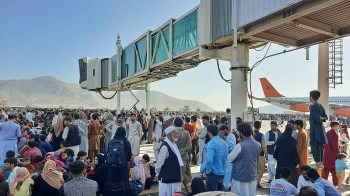