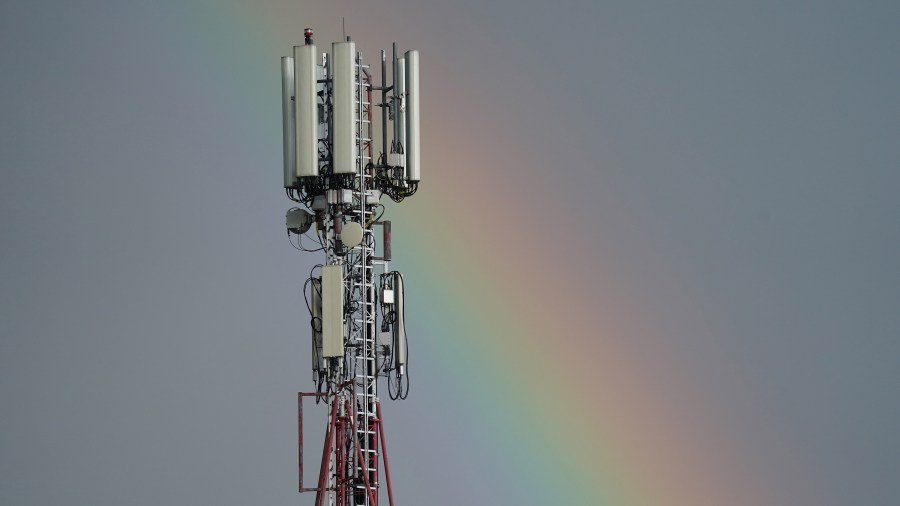 Who’s responsible for divvying up the airwaves it would run on?
Listen Now

The U.S. needs a 5G network — that much everyone agrees on. This is the network that would allow things like fully self-driving cars and internet that’s 100 times faster. Turns out, there are a couple big questions not fully resolved in Washington. First, who should build and operate parts of it? And second, who’s responsible for divvying up the airwaves that it would run on?

We point this out because the FCC is looking at auctioning off some of the government-owned electromagnetic spectrum so companies can use it for 5G.  And at the same time, the Department of Defense is looking at leasing out some of that same spectrum. So, I asked Craig Moffett, analyst for telecom and media research firm MoffettNathanson, who’s in charge here? The following is an edited transcript of our conversation.

Craig Moffett: That’s the $64,000 question. Historically, the FCC has always been in charge of spectrum, at least for commercial purposes. What’s been proposed here is unusual in that the Department of Defense is suggesting something that is a bit of a hybrid, [to] build their own network that they would then make available through some mechanism to commercial carriers. And that starts to cross over fairly clearly into the commercial sphere.

Sabri Ben-Achour: Well, this all sounds, frankly, dysfunctional. You have two major government agencies not on the same page over how to govern a piece of technological real estate. What are the consequences of this situation?

Ben-Achour: There is this on again-off again conversation over whether the U.S. needs a national 5G network run by the government or a private sector-driven network, which is where we’ve been going. How does this dispute over spectrum and who can lease or auction it out fit into that conversation?

Moffett: Well, I think it’s very much part and parcel of the same discussion. The idea that we should have a nationally coordinated response rather than a commercially driven response first reared its head in the beginning of 2018. And it was soundly repudiated by everybody in government within a matter of days after it went public. And it went underground, and then came back again. And then it was repudiated by everybody, and went underground and came back again, and it keeps coming back. It’s sort of this zombie that can’t be killed. This country has committed, I think, fairly clearly since 1984 in the breakup of the Bell System, that we’re going to pursue a private enterprise approach to telecom, rather than a government-regulated monopoly approach. And you can see a tremendous amount of tension ideologically among different parts of the government about whether that’s appropriate.

Ben-Achour: Is there any merit to the idea of a national 5G network just because it just sounds maybe more efficient than having a bunch of private companies build their own separate versions?

Moffett: Yeah, there’s two arguments here. The first one is time to market. And at its very core, the motivation for government intervention and the motivation of certain participants and names that have been attached to this concept, like Eric Schmidt, the former chairman and CEO of Google, for example, is this belief that the U.S. is moving too slowly and that China is taking the lead. And that has two consequences. One, that there will be a more robust equipment ecosystem or supply chain that evolves around the Chinese 5G network, and therefore, there will be critical infrastructure that we simply can’t produce in the Western Hemisphere. So that’s part one. Part two is this view that if we don’t move fast enough, then China will start to develop the economic ecosystem that rides on top of 5G, all the applications that will emerge that we can’t imagine yet. But out of 4G came companies like Uber. And Facebook, arguably, really grew into what it is today, because of 4G. All the innovation that comes on top of a platform like this is feared to become too slow because the U.S. may fall behind China in developing our 5G network. That’s separate and apart from the question of is it economically sensible to have three or potentially four different companies building 5G networks, instead of having one national platform that then everybody shares or at least shares some part of and buys capacity from?

Ben-Achour: Let’s say that this conflict between FCC and the DOD doesn’t resolve and this big midsection of spectrum just stays locked up. Is it still going to be possible for Verizon, or whoever, to supply 5G service to all of us?

Moffett: The short answer is yes. There are other solutions besides this particular block of spectrum. Most of the world started down the path of the mid-band spectrum before the U.S. The U.S. started with a very much a focus on very, very high frequency spectrum and has had to course-correct perhaps later than one would have liked. But they have  now, if not fully caught up, at least closed the gap to some degree. And there is a very large auction of mid-band spectrum coming in December called the C band auction that the carriers have been planning around for at least two years. And by all accounts, it is spectrum very similar to the spectrum that the DOD would theoretically be using, and there’s quite a bit of it. I think right now you would have to say that the carriers view C band as the answer.

There’s more to read on this curious left-hand-right-hand situation around the Pentagon’s 5G spectrum. A couple things stand out as just kind of amazing. First is the fact there’s this level of uncertainty when you think about just how important 5G is poised to be. The website Machine Design gives a neat example: All the data sent from a fully functioning self-driving car in a week would take 230 days to transfer with today’s advanced WiFi. So that’s how bad self-driving cars need this. But then think about all the other stuff that will follow 5G — 4G made things like Uber and Lyft possible. So it’s a whole future of possibilities that’s being played with here.

Also, the fact that some of this 5G would operate on a spectrum shared with the Department of Defense in one scenario. According to Moffett, the DOD would get the option of preempting commercial use of the spectrum in an emergency. Meaning, if we did have a war over U.S. soil in some distant future, our self-driving cars might stop working. But I guess in that scenario we would have bigger things to worry about. 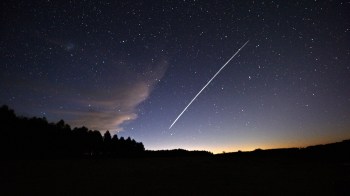 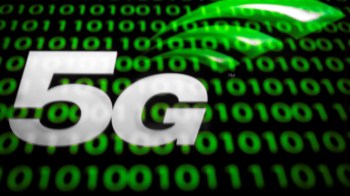